What's the point of the Council?

What percentage of players are famous? Are streamers? Are theorycrafters?

I agree with a lot of theorycrafters despite not caring much for it myself, as well.

I’m about to blow your mind: Your viewpoints can be represented by other people with different specialities.

So you want everybody on the council to represent your personal interests and to heck with the overwhelming majority of players in the game. Are you sure you don’t work for Blizzard?

I’m about to blow your mind: Your viewpoints can be represented by other people with different specialities.

I’m going to blow your mind. Real research involves randomized samples and professional researchers, not choosing the most famous entertainers who don’t even play the game anymore.

Where are the spreadsheets

That did make me laugh.

Were people expecting such things? They need help.

Of course a Poster named Vuttplug would be concerned with spreadsheets.

It’s interesting how the people on the council are people I have never heard about ever,

I noticed this as well…

Honestly with what we’ve seen so far, maybe we were all wrong… maybe the Community Council really would have been better off with just a bunch of streamers afterall

With streamers, at least we’ve heard about them and many of them also share similar views to GD’ers.

They should’ve been handpicked, active users on the forums if you ask me.

Am…am I the only one who raised an eyebrow at the OP’s name?

it would be like that on here too if everyone was the same type of player.

active users on the forums if you ask me.

One of the biggest concerns I’ve seen in the community (paradoxically considering WoW’s community generally not being very story driven) has been the nonsensical story of Shadowlands and Zovaal and I haven’t seen story mentioned at all (despite being a top 5 complaint).

That alone tells me everything I need to know about the utility of the council.

Blizzard’s just trying to throw someone else under the bus for their bad decisions by saying these randos wanted it.

The thing about the council is that it’s completely superfluous on its face.

You have the General forums, where all that stuff already gets talked about. You have class-specific forums, where there is always a healthy discussion of issues specifically affecting those classes and offering feedback/suggestions. You have lore forums, forums for PTR feedback, etc., etc.

And what is the common denominator to all of them? The feedback that is offered, gets summarily ignored.

As long as the developers view this game as people paying to play “their vision,” this is what you’re going to get. The council was just a way for them to engage a certain number of players, luring them with the offer of increased insider access to the development team, probably with the eventual hope that Blizzard could later leverage that relationship to have council members help them sell certain changes or content decisions. Right now, all it looks like is another layer of complexity on top of a feedback system that has too many layers as it is – and none of them actually listened to.

One of the biggest concerns I’ve seen in the community (paradoxically considering WoW’s community generally not being very story driven) has been the nonsensical story of Shadowlands and Zovaal and I haven’t seen story mentioned at all (despite being a top 5 complaint).

Part of the reason there is that most people can’t put their finger on what, exactly, the problem is. And the few that can will often disagree.

I think the problem with WoW’s story is that Blizzard has deviated from the central theme of WoW, which is having a Horde experience and an Alliance experience.

For vanilla/BC/Wrath, you had different versions of most parts of the game, from leveling quests through dungeons (Halls of Reflection is a great example).

For the last 3 expansions, we’ve mostly had just 1 story, one-size-fits-all, for Horde and Alliance. So we’re getting half the story, and for a lot of people it doesn’t even feel relevant.

(And before somebody points at BfA, the primary story of BfA was about helping Magni. That’s what the primary focus was on, that was the climax of the expansion, and that’s what we were doing every day for 2 years - tending Azeroth’s woons.)

MoP was uniform in story. Horde players were even following Anduin around for an entire zone while leveling.

The only difference was Wrathion lied to half the players.
WoD had separate stories… but they weren’t about the Horde and Alliance. So… meh?
Legion was 1 story. In fact the Horde was written out of the game for the entire expansion.
BfA had the Phony War that lasted less than a year and still wasn’t the principle focus of the expansion. Then it was back to Woons & Wrathion.
And in Shadowlands… in Shadowlands the factions aren’t there at all, which is a first. Even in Legion we had the Warden Towers world quests, but in Shadowlands? There’s nothing!

Imagine how dead GD would be if we had to answer questions then get handpicked to participate.

Don’t take their feeback for frost DK as the only feedback, Frost DK is fine, I have played Frost DK since Wrath launched (not on this character). Do not balance frost DK based on raider feedback only, the survivability is almost on par with Ret pallly (although we have to work harder for it). And damage is not top-tier, but is steady, just like freezing to death, we wear things down. I am glad to be able to use a 2h weapon again though.

The council was created to prove for a fact that the topics in GD are and will continue to be absolutely ignored by Blizzard.

To hold sway over all life. 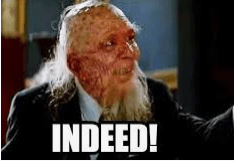 Boaty McBoatface? No thank you.

Because students ears just perk up while hearing another dead guy’s name in history. Boaty McBoatface would spark their interest. Releasing them out of whatever catatonic drooling daydreaming stupor they would have been in, listening to the drone of the history teacher.

They need a more focused approach. Say 2 topics a week. Pvp and loot or something like that. Right now there’s too many ideas and its impossible to organize or keep up.

I agree that some form of compartmentalizing needs to take place. It is quite a disarray and jumble of topics.