Oh yes, exactly like this as a matter of fact! Yeah I like this a lot. And when you put it like that, honestly it seems pretty possible

The skin tone itself is a common request.

look at this. wow 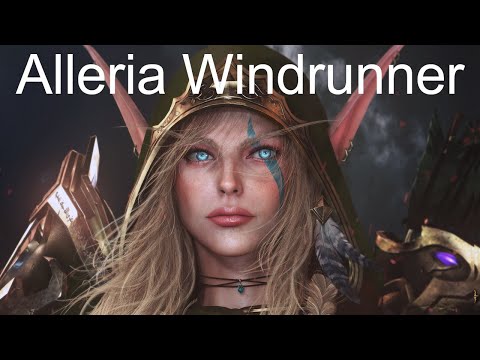 that is taylor swift.

btw she is the leader of the void elves.

At this point, I think the posters in this thread like yourself just need to invade the Blizzard art team, you guys have some awesome ideas I’d love to see in the game

Goodness, I’d have more ARs/Subraces with lots of love and care put into them as well as unique class skins and such, amongst other things of course

Not sure that astral isn’t more of a Night Elf, Nightborne thing.

I like the art a lot. Just not sure that’s what the void is about.

Both Void Elves and Night Elves share a Dark Elf aesthetic, which leads to some visual crossover. The Void is typically depicted with darker violets and blues, which on occasion includes stars within the dark colorations.

While Night Elves are literally the children of the stars, their cosmic motifs tend to be on the more silvery side, more in line with the moon while the Void seems more mysterious and distant, like outer space.

I believe someone in this thread was talking about a green hue for Void Elves. Personally I think it’d look too much like a DK effect, but here’s one all the same:

Green is interesting. I like the more pale green I believe Lance did for the Void Elf eyes too.

And yas to an EE form toggle!

I’d definitely like to enjoy EE for more than a few seconds, and it would be great to be able to customize said form too, with different Entropic skin and hair tones as well as tattoos.

Racial glyphs and toggles would be awesome to take these things to another level with.

For example, having starcursed assets all set to a certain color(hair ombre, hands/feet, eyes, tattoos, etc) and having a flash/aura go off as an alternate animation for EE, while using the original EE skin/toggle would be perfection as far as the Void aesthetic goes, for me personally.

Any of this would further both the Void aesthetic and player agency by leaps and bounds.

It needs more Crawler Features from the Descent and other horrible lovecraftian works.

[9.1.5 Character Customizations: New and Improved You] With the release of the 9.1.5 content update, players will have access to new character customizations for select races allowing you to create a new version of your hero to take on the dangers of Azeroth. View Full Article

I was hoping they would plug the holes in our hairstyles sans tentacles and add tentacles to the hairstyles without them before they stopped this run but that’s where we’re at.

I hope we will have a surprise at the next Blizzcon …

I’m intending to continue to tweak my thread in the meantime and add in more requests over time.

Whenever they come back to us we’ll have plenty for them to pull from.

They need to do some serious customization work to even get me to raise a brow at this point, given I’ve moved onto FFXIV. And most people I know. This thread has so many great suggestions as do tons of other threads. I really wish they put more effort into this stuff. I’m tired of screaming into the void (elf).

The lack of communication is what makes me sad.

Just a “hey we see you” blue post would be nice.

So much this, yes. If only…

Heh, well I guess we all have our causes.

I wouldn’t hold my breath on that one though Iceacid.

I would hold a void elf under water though Fenelon

That makes you no better than the Silver Covenant.

On brand for thalassians it seems.

I feel like it’s way too hard to drown in wow these days… Used to matter to have a portion of water breathing or be a druid or have a warlock on hand.

I feel like it’s way too hard to drown in wow these days… Used to matter to have a portion of water breathing or be a druid or have a warlock on hand.

I remember when using drowning damage could be used to folks advantage. CC people until they drown. That was fun, poor forsaken though. That racial is a practically useless now.