Upcoming Changes to the Ashran, Isle of Conquest, and Wintergrasp Epic Battlegrounds

I’m sorry I just really don’t understand the changes for IoC. Was the hangar route not already recently nerfed? And does that Glaive Thrower buff not seem a bit excessive when you’re also increasing the DMG needed for sieges to break the walls? Maybe i’m wrong if someone could just explain why those might be good changes? It just seems like this is going to become a battle for Glaives now.

Maybe i’m wrong if someone could just explain why those might be good changes? It just seems like this is going to become a battle for Glaives now.

You’re looking at the glaive buff in isolation.

Hangar is already a very powerful node. It continues to be so, so players will want to fight for this.

Glaives received a 40% health buff (approx. 40k hp) - this means they’ll make it slightly closer to a gate and spend a little more time shooting the gate before they are killed. People will now want to fight for this node (currently - despite what people who rarely play have to say - glaives die when they’re sneezed on and sometimes don’t even get to leave their spawn).

They’ll still die with any type of focus or dedicated kill squad, people might just have a chance to defend them a little longer now.

The gate change means there is more opportunity for teams to react and battle over their nodes.

none of the changes really make wg winnable for offense

Broken Temple and Sunken Ring Workshops are now controlled by the attacking team when the battle starts.

This is gold. It’s not even 9 am and I’ve gotten my money’s worth out of these forums today. Thank you!

Can the quests for killing each faction’s commander be assessed?
To be honest even with these changes I cannot see that quest being achievable other than being extremely rare.
The raise in reinforcements from 150-175 will still not be enough once a team backs in to a defensive choke point.

I think it is a fair question that maybe the quest itself be changed from commander to another alternative.

the reinforcement increase, along with the mage kill being lowered makes going for the enemy commander MUCH easier.

Currently it can be done (for horde at least, dunno about ally) if you skip the mage and just go for the commander. You do need a decent couple of tanks and good heals, but it isnt impossible, or really much more difficult than the rest of the BG, if the team goes for it. (that is the rare part, most teams just zerg mage during the road push)

But in reality killing the commander is a “Win More” situation, the team that pulls it off was probably going to win no matter what.

This may very well be the case it will be interesting to see if it is indeed a more viable quest to achieve with the game markers.

I stated it was a very rare encounter when a team actually kills a commander (not impossible) but what I am mainly referencing is that in AV when you win you still get credit for the Van quest. It is not that it should be identical and the main reason for the post was to start soem dialogue that may further improvements should the Asran quest still be highly unlikely to complete . I appreciate the reply and hopefully things will work out but if not at least a consideration of options can be considered.

Could you also fix the bug that causes WG vehicles to do no siege damage to walls/towers? Cause having access to more workshops and vehicles won’t help if they don’t do any damage in the first place.

Ah…so they fixed a turtle. this works somewhat. Offence has to cheese points by popping turrets to get a “kill” to make vehicles if defence never leaves the building.

I was on a defence that used this. It felt cheap. I needed the points so yeah…I didn’t exactly rush out to give the people an easy kill. But yeah…its was a cheesy.

It will also make defending BT and west park worthwhile. I know on offence I go here first sometimes to get us more vehicle counts.

But…if you aren’t in the SR meat grinder at most matches starts to get kills you don’t get to use a machine till defenders care enough to hit BT. Usually much later in the match.

I love when that happens. It’s like a slidewshow.

We don’t really like Isle of Conquest, so we’ve decided to let Alliance win them from now on.

Horde is going to to have send in more than a few rogues and druids for suicide burst pops.

You’d be surprised at how many alliance teams suck at glaive defence.

And glaive killing offence. Even if mids is dead…they will chill there when needed way more elsewhere

Since alliance has gone hangars of late I have seen horde teams win by taking docks and they glaive. And alliance fails horrilbly at killing them. As paper thin as they are now.

Its been so bad I have seen gunners jump off the ship to try to kill a few. Even if we hacked the guns to be machine guns…we’d lose to door timers still.

Can you confirm this also applies to the Siege Engine turrets, which are also suffering from the same bug pls?

UPDATE! SOME CHANGES ARE INCOMING. THANKS TO EVERYONE WHO HELPED PROVIDE FEEDBACK. Some changes are still needed (feedback to changes can be found here), but this is a great start - Epic Battlegrounds are my favourite things to do in this game, and they need some love as they are no longer fun. They have fallen far from their design intention to provide a ‘different experience in terms of the longer game length and larger battles’. Wintergrasp [image] …

Thanks for listening and responding to player feedback. I will cross post the below into the PTR thread as I can’t find a PTR-specific thread, but as it is unlikely that we will get any epic battlegrounds to run on there to test these changes, these are my immediate thoughts:

Easy fix is to use the AV zone aura to increase health and damage by x% (my suggestion is 200% - this would take graveyard guards to approx 115k hp, bowmen to 280k hp, generals no towers approx 7m - they’d probably need a slight reduction in base health) https://www.wowhead.com/spell=247743/alterac-valley-mob-scaling-aura

So following the latest patch notes, just sharing again what I think needs a second look at:

Easy fix is to use the AV zone aura to increase health and damage by x% - my suggestion is 100% (taken down from previous value of 200%, though I still think that would make AV actually epic again) - this would give graveyard guards est. 76k HP, captains 7m HP, generals 7.8m, Ivus and Lok 2m hp, etc. etc. - https://www.wowhead.com/spell=247743/alterac-valley-mob-scaling-aura 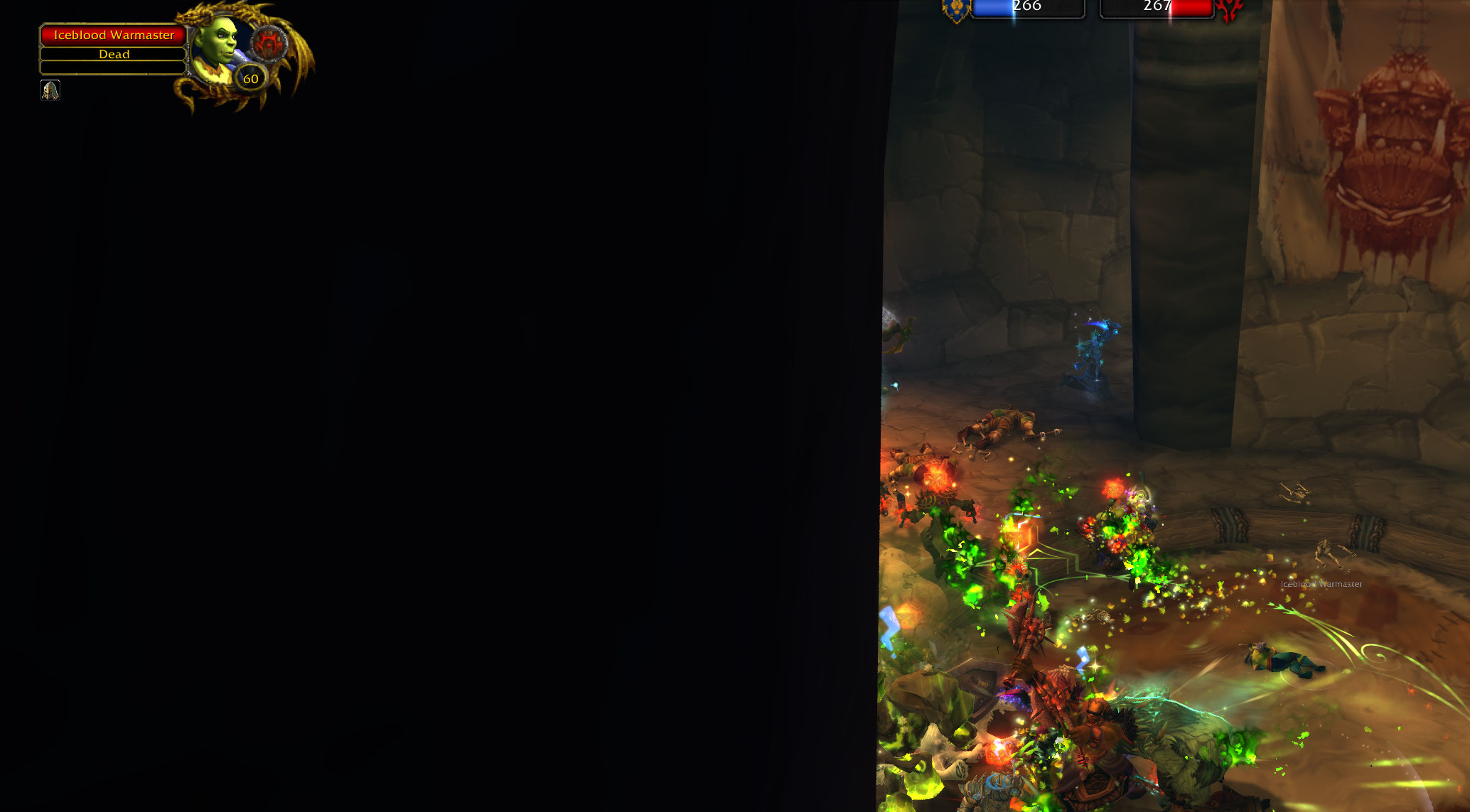 Will there be any updates to the Honor level system (example: honor level 500+)?

I’m hoping they do something for the 500+ crowd (currently no rewards past this number), and possibly make level 1000 the new cap. Regulars need something to work towards over the next few years.

The system has been totally overlooked for 4 years now, it definitely needs an update. Ideally they look into it for patch 9.1 or 9.2

Fantastic. Now can we please get some WvWPvP content to do outside of the Maw? lol

So, Ashran sounds like a longer boring BG that it is. Maybe go back to the original Ashran.

After 5 minutes, all players who do not have a rank (excluding people who joined late) will be booted from the Battleground, be flagged for botting, have all PvP honor ranks reset to zero and access to earned rewards revoked and will be unable to access any instanced content-including other zones for a period of no less than 90 days. Because clearly, they are AFK leeches wanting nothing but a carry while they complain endlessly about how bad everyone else is.

And no, this will not be reversible so don’t bother with tickets.

There, I fixed it for you.

What be the rationale in removing Rylai’s mass poly but still permitting Emberfall to send all-comers flying?

Mass poly=mass heal. Was a great thing for the Horde.