A lot of players among the casual community and collector community asked for Unique mount models for some rewards, we already have an example: 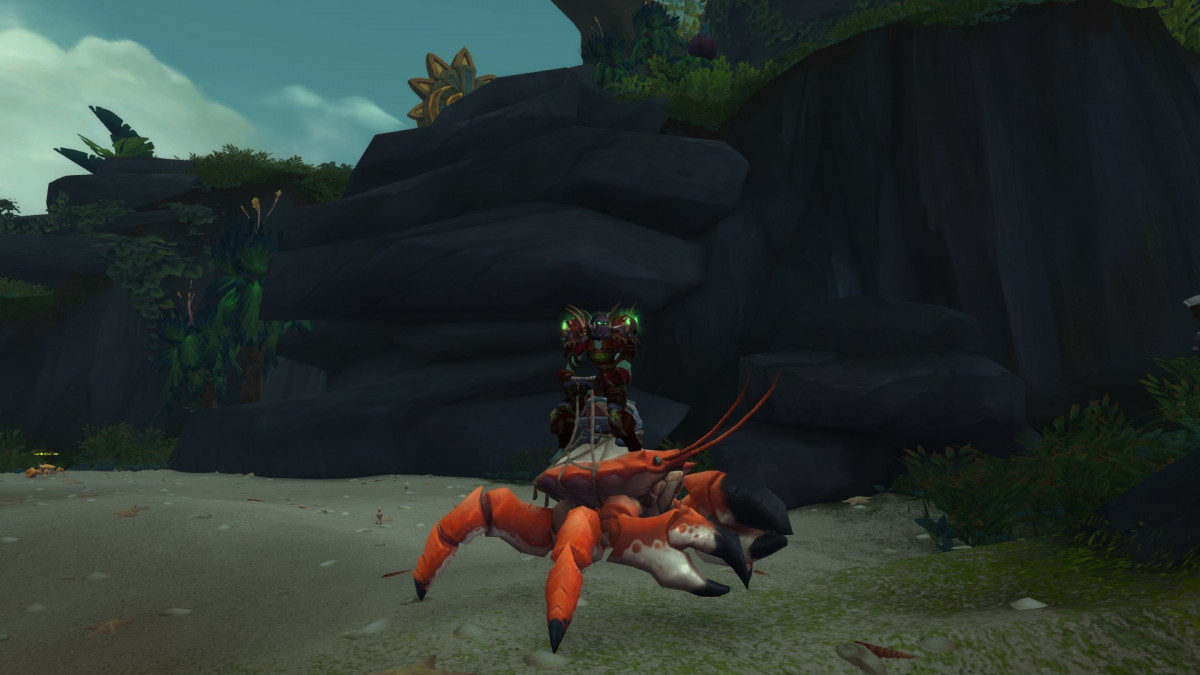 Crab mount that hopefully, we won’t see a recolor in game.

Example,
From A to Zereth achievement: 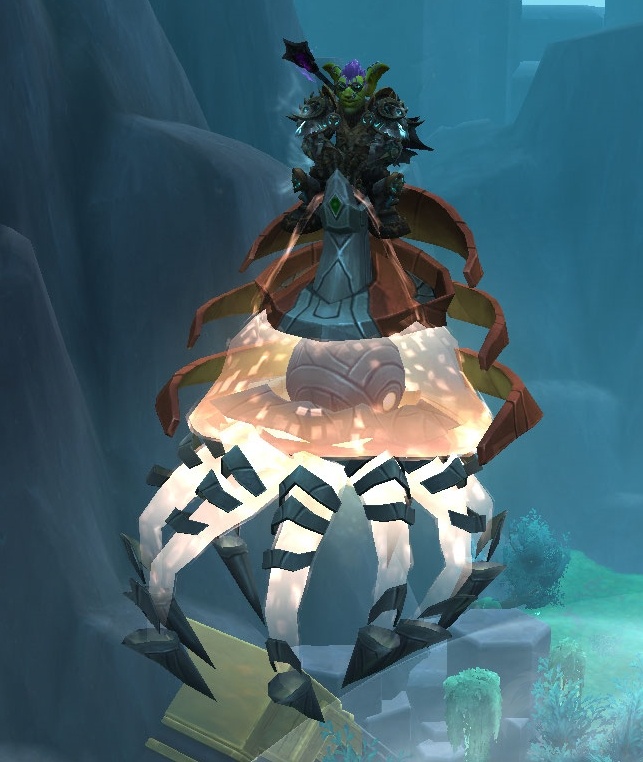 It’s really similar to the fishing aurelid or the raid meta achievement instead of doing another mount similar to Nazjatar Crab.

It’s just a black version of the brown datamined mount:

Blizzard should promote all aspect of the game with some mounts with multiple colors but some unique models save for meta achievements and big goals like 500 mounts.

Collecting 1000 unique pet battles give us Hearthy which doesn’t have a recolor version, Collecting mounts should have the same treatment. 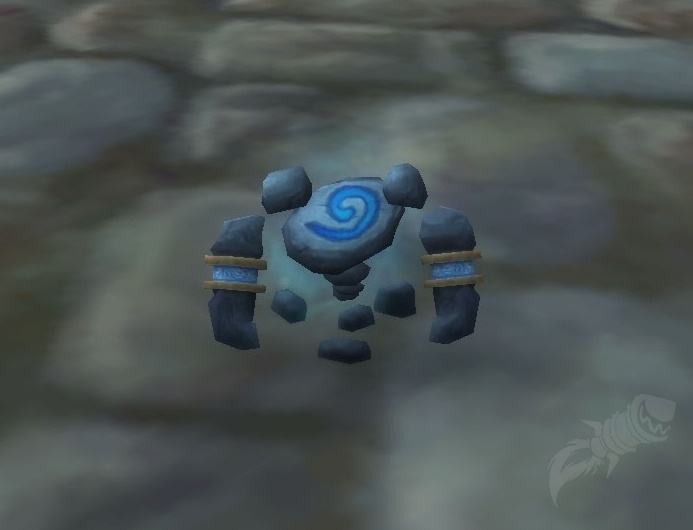 Didnt know we already had an Otter but maybe its a placeholder?

Yeah, would have been nice to get something unique for such a milestone achievement, like maybe the Curious Caterpillar or the Nerubian Swarmer from the contest that didn’t win. /Shrug, it’s Blizzard what did you expect lol

Whoever makes the decisions around mount collection achieves has continually dropped the ball on every aspect of this topic for years.

Frequency of achieves - 1 or 2 achieves added every few years?

Maximum of achieves - 500 mount achieve added when the top collectors are nearing 800?

Rewards for achieves - a mount for collecting mounts is a lackluster recolor?

Seems like a great way to discourage some of the most invested long term players - and this isn’t even touching on the incredibly low effort regular mount systems over the past few expansions. Protoform synthesis could have been cool, but they add 24 of them!? Way to kill any uniqueness or moments of “wow look at that mount” lol. Goes from a cool side system to enjoy to a slog just to add +1s to your collection.

Mount collecting in this game could be so much better.

Recolors of mounts are blizzard’s version of dyes for mounts. And no mechagon is not valid, those paints were character specific and probably won’t/can’t extend those colors for alts.

I hate recolor mounts and gear. It’s lazy. If Blizz wants to play that game, just put dyes or a recolor option for gold in the game and call it a day.

They can’t do that. Mechanical issues and would require wholly different armor models per tier/season for elite/mythic.

Mount collecting in this game could be so much better.

Exactly, Rares and reps could provide recolors but zone meta achivements , raid meta achievements and big mount achievements could be options for really unique mounts similar to the Crab from Nazjatar.

Except as I recall it none of the mount collection achievements were unique.

Exactly, that’s the whole point of the feedback, change that mentallity, Devs start doing unique mounts for collection achievement and also for zone meta achievements/ glory of the raids.

They already did once with the Crab mount, that was excited during 8.2 presentation at Blizzcon, lets keep that kind of reward in mind.

Extremely disappointed with this decision, I hope they change it. I’m so sick of all the recolors going around and nothing new or unique getting added into the game. I would like to see the devs put some effort in this time around, putting the yeti and now this recolored otter as the 500 mount reward is just disrespectful to the players.
Please change it to something special and unique, 500 mounts is a big milestone and the reward should reflect that.

The 400 mount reward was a recolor but it felt cool and earned as the other 2 were rare drop and rare spawn. This just feels so bland. Why cant we get another Urzul mount or Longboy for 500. Make it be something cool or something useful.

Something unique, as mentioned before, What happened to those Devs that implemented the Crab as a meta achievement?

Why can’t we’ve some unique mounts on zone achievements, glory of the raid and mount collections? Don’t limit your mind to unused colors, I agree those options are cool bu it could be better.

When players see this kind of post about DF with all the mounts, I don’t think I’m the only one that wonder about the mounts that doesn’t have a recolor like

Then I check their titles, Gladiaor, Vicious…When was the last time that a model without recolors was provided for completing casual content / evergreen content?

Only a part of Devs are listening with good gameplay changes but the cosmetic part is wrong IMO and Blizzard has a really good art team. 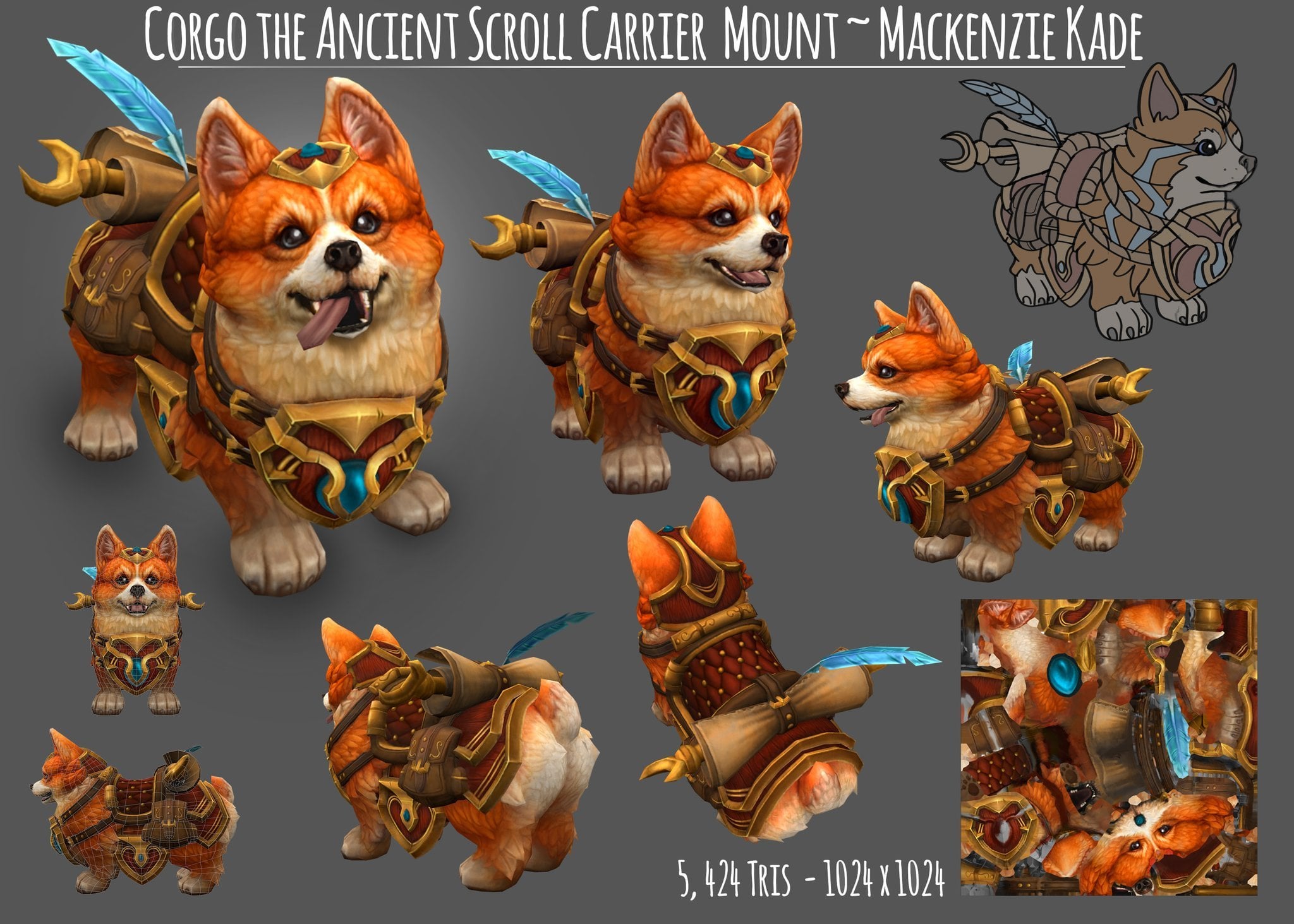 Then I check their titles, Gladiaor, Vicious…When was the last time that a model without recolors was provided for completing casual content / evergreen content?

Vicious mounts are casual content and arent time limited, not sure why youd use those as an example.

I used that example because that’s instance content, you’re right that vicious is a participation reward but its group content compared to the Crab mount that was provided by a Meta achievement like the new Aurelid reward From A to Zereth that only changes a little bit the color.

That’s an example of a good reward implementing for World Content, an unique model that a lot of players like.

We already had this conversation and the Magic Rooster isn’t a mount…it’s something beyond our comprehension.

Even with recolors I feel like there’s differences that can make or break a recolor.

I think there’s room for both in the game, but large mount collection achieves seem like they should be on the more exciting side imo. Especially if only at 100 increments.

There could also be non-mount rewards but I think it would be tough to pick something that’s exciting without being too desirable by casual or non-collectors. Maybe an xmog set that stands out?