What are your thoughts about the announced details about the new race and class coming in WoW: Dragonflight?

8 Likes
Links to Notable Discussions in this Forum
About the community council? (specifics on post)
Letholas-veknilash April 19, 2022, 4:56pm #2

I’m really glad it uses mail armor. I think that was logical haha

The chromatic spell effects are really unique and interesting too.

Like I said in the main topic, ‘Dragonflight’, I am really hopeful that the Dracthyr and Evoker class marry together well.

My points on visual aesthetic are important to me, because I really want to show that my characters are specialized in specific branches of the Evoker- similar to their dragon counterparts of the same colors.

Also I am still spoiled, and hopeful that I won’t have to look like a half-elf in the humanoid form.

As I said in the main topic, it honestly annoys me that you recycled the Worgen Skeleton, as that inherently gives a core race’s skeleton to the other faction.

Barring that though, my thoughts:

I’m glad they use mail and that they don’t have a tank spec, and they are ranged/heal spec. Though, as I said, it is a bit odd a dragon class can’t melee or tank, when they’d make most sense as one. (Though I do not want them to be, just that thematically it’s weird that they can’t)

I hope you guys will consider letting them equip bows and ranged weapons as well, because much like mail was lacking in users, so are ranged weapons.

The empower system looks… interesting. I can see how this might cause an accessibility issue for some users though, requiring them to hold down the button, so we’ll see how that works.

You did not elaborate on their humanoid form, and how it will work. Which is weird. We saw a humanish form and an elfish form. Are Humans locked to Alliance and Elfs to Horde?

Or will both be available to both factions? If it’s the latter - this goes right back to my issue with worgen - you’d be giving Horde access to a second core alliance race’s skeleton if they can create a human. Without giving Alliance access to a horde one they don’t already have access to.

Are the Drak’thyr going to be locked to the core 5 dragonflight colors? Or will we have options like purple, pink, etc.?

The models looked bad and the animations looked pretty out of place and lame. I think QTE will feel very awkward in WoW but I’m willing to give it a chance. Overall pretty disappointing but there was so little information given that we’ll have to wait and see.

My best guess is that recruiting different specs and classes is going to be interesting for the first weeks or even months, if even only a portion of the community is as hyped about this as I am

I’m not entirely sold on it yet… but time will tell. I like the actual gameplay and spell effects of the class, and I like that it’s a new healer spec and that they use mail, but I just don’t know if I want to play a dragon elf. I wish I could’ve chosen a mortal form based on the other races instead.

Oh, one thing I forgot:

What about Evokers who go back to play Legion for Loremaster and such.

Will they have a class hall? Artifacts? If not, how will that work with the Legion storylines? Are you going to auto-complete the Legion questlines for Evokers as a workaround? Etc.

What about Azerite Armor in BFA? Will they be given some bonuses, or will they inherently always be weaker than other Timewalking twinks by not having access to azerite powers?

EDIT: I also thought about Torghast last night - will Evokers be given Torghast powers retroactively? Or will they be shut off from a core part of Shadowlands?

Despite maybe a humanoid-dragon maybe looking weird, I am very excited about this. This seems very interesting, and although I suppose people would want a rougher, more bulky looking dragon - even I wouldn’t mind that. But I overall have nothing against this. Definetly an interesting class and race!

The fact that it uses powers from all the different aspects also makes it a lot more interesting! I hope one can choose to fight in both forms, though I’d obviously choose the dragon form. The customization also looks good, but I wouldn’t mind to maybe go broader. We did not see it all so it is too early to judge jus yet, but a bulkier version would perhaps also be welcomed.

The empower system looks… interesting. I can see how this might cause an accessibility issue for some users though, requiring them to hold down the button, so we’ll see how that works. 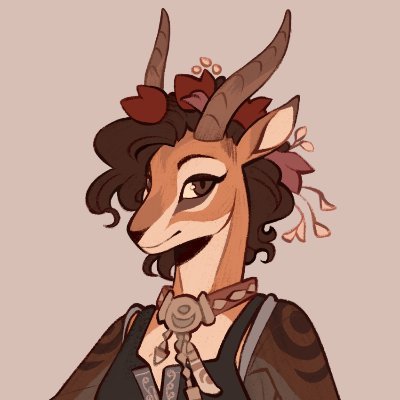 @Gaiazelle
@Black1976 @onehandmostly @Warcraft Our Dracthyr feature team is aware that press & hold is an accessibility concern and have had a toggle option built in for empower spells since the beginning. :] Players will be able to choose which input option is most comfortable for them! Final implementation still TBD.

For anyone who saw this, this was addressed on twitter already!

Will they have a class hall? Artifacts? If not, how will that work with the Legion storylines? Are you going to auto-complete the Legion questlines for Evokers as a workaround? Etc.

What about Azerite Armor in BFA? Will they be given some bonuses, or will they inherently always be weaker than other Timewalking twinks by not having access to azerite powers?

As I love doing old content, and farming BiS timewalking gear for all the classes (and in some cases specs) has been the most fun I’ve had in a while - I’d also be really interested in how these two concerns are addressed.

Looking forward to their BWL class call as well, the DH one was really neat.

I’m definitely interested to see how it feels to play as DPS and healer. It’s nice to see a new Hero class that is solely focused on ranged combat instead of only melee as we’ve seen with the two previous hero classes and Monk class.

I think the human form looks cool, not saying I hate every thing about how the Dracthyr looks, but it needs some work, in my opinion. I’m sure others will agree or disagree, but that’s the good part about having a varying degree of opinions.

Give some more atention and love to the dragon from of Dracthyr, it’s a new hero class, it shouldn’t have to share an animation skeleton of existing assets, but that’s just me!

I do love how the Devastation and Preservation specs sound, will be interested to see how it feels to play.

I can’t wait to see more unveiled as time goes on!

Personally I am not a fan of a forced form ontop of your base character’s form such as worgen or boomkins (which luckily have astral form) so while it looks interesting I hope there is an option to be able to play in either form?

I suppose for worgen it makes more sense because your base form is just a normal looking human but in this case it looked like the new race had quite a few customizations for both forms so it would be a shame if you can only be in 1 while in combat imo.

So I have mixed opinions on this. On one hand, excited about the new playable race and the new playable class. They both look good and hopefully are nice to play. Finally, another mail wearer was added. The animations we see right now seem pretty good to me. The customization options look pretty amazing right now.

I am disappointed the Dracthyr only get one playable class and that class is tied solely to them. I have always been an advocate of increasing player choice, of increasing the players being able to make their hero how they want and an aspect of that is the playable races and classes being opened up even more. By limiting this race and class to each other you really take away a lot of player agency which doesn’t feel good to me.

It’s already unfortunate Demon Hunters can only be night elves or blood elves, this is just continuing those limitations I really don’t enjoy.

I think I need to see more of the Race / Class, right now they kinda feel out of place though maybe that’s the point of them…to be very different.

I was hoping that the new Class would be a form that any race could change into.

I will probably make one, once I find a toon I can delete… but I really want to see a lot more info before making a firm decision

I will probably make one,

I know I most certainly will make one. I HAVE to so I can check out all the customization, voice lines, flavor text, etc. Now, how much I play will depend on how it feels and what advantages it has.

I mimic what most have said in the comments.

I do hope that we will have more character slots available over 50. I know it’s mostly a me or altaholic / chronic leveler problem to have, but I hope a dicussion can be made to increase the character account cap over 50.