One of the things I look forward to the most at the start of a new patch, since it’s real birth in BFA, is watching the Race to World First.
Guilds like Echo, Limit, Method, Pieces, Fat Shark Yes, and many, many more all tearing through the mythic raid at a pace no one else can. Showcasing their expertise of their class and working as a cohesive unit to kill bosses as quickly as possible, and broadcast in many ways.

It just never gets old to me.

One of the coolest things to watch is the adaptation. For example, in the most recent race to world first, Echo discovered (at the enrage timer) that Sylvanas did not in fact die at 50% like she does on LFR, Normal, and Heroic. It was assumed that she would then die at 45%, which ended up being the case.

But Echo somehow managed to, over the course of many pulls and planning, squeak out an additional 5% damage on Sylvanas in the same amount of time as they had barely crossed the 50% threshold. There is no other word for it than Amazing.

One thing I think we can also agree on from this most recent race is that a number of the bosses (Guardian, KT for example) were big letdowns. We expected Guardian to be the new Sludgefist, which people like Limit Max have already expressed was one of the most perfectly tuned bosses ever, and instead it just kinda fell over.

On the flip side, Painsmith Raznal was the second best example of adaptation we saw in the raid. An intermission spike row with no gaps?! What!? Amazing.

It just never gets old to me.

So. Going forward.
The repetitive theme here is the adaptation. A lot of the new mythic mechanics are known well in advance to the Race due to mythic testing and the dungeon journal.

While I would love to see mythic testing stop, I know it won’t ever happen.
But, would it really be such a bad thing to keep the Mythic Dungeon Journal locked until after the race? Or open it until X number of guilds kill the Mythic encounter? This is something that won’t affect you or me in the game, but would make the enjoyment of watching the RWF even greater.

@maximum
Would be really cool if the last 3 bosses were not tested as well if they’re releasing with mythic. Makes progress more fun, more surprise for the story, and tests what it’s like to release content without public testing because it would be a cooler experience for raiders. 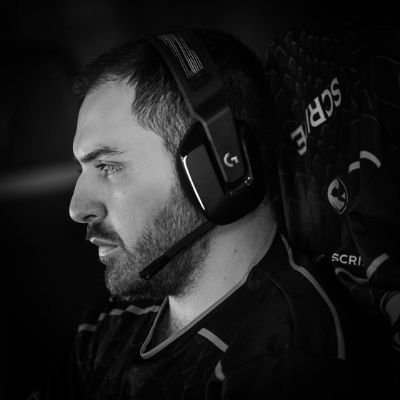 I know I’m not the only one who thinks this. Here are GMs of the guild who have won the majority of the races saying most of the same things! Lets make the race that much more exciting !

One thing I’ll add to this is that the guilds participating have done an increasingly better job each time the RWF happens of putting together a great broadcast. Even 3rd party orgs like OTK have gotten involved with it which is amazing to see.

RWF Is awesome, make it better by sending in the guilds a little more blind. Take out the mythic dungeon journal until either after the race, or after X number of guilds have killed the bosses.

Would quite like for it to be recognised as an eSport to get funding for the competitors. It’s great that sponsors have started to latch on, but the fact it has no attention from Blizzard is a bit weird to me. It’s clearly the largest WoW event (outside of Blizzcon) yet has no funding or support from Blizzard outside of US getting a short reset (which is the first time in the last few expansions from memory) on day 1 prog this tier.

Would quite like for it to be recognised as an eSport to get funding for the competitors.

Yeah this would be really good. It absolutely is a massive event

Hey, remember this thread? We do! A new raid is an effort that spans months of work for us, so we often capture feedback like this earlier in the process, and then later we can see how some of your feedback had a positive impact.

I think it goes without saying, but I’ll say anyway that the Race for World First is a super exciting time for our team as well. When we were still in the office pre-pandemic, we had a big TV on the wall where we’d have streams going so we could watch and share in the fun (and occasionally panic when something weird happened). These days we watch on a group call, but the excitement is just as real and we’re very much looking forward to this next race.

To address the main point here (saving more surprises for race day), I’ll start by stating the obvious: there are upsides to testing things on the PTR and good historical reasons for doing so. We want players to have the best experience possible, and PTR testing allows us to cast a wider net for both bugs and feedback. That being said, the points brought up here are also valid - it really is cool to have surprises after the race begins, and this is a big reason why we’ve traditionally avoided testing the Mythic version of the final boss.

In light of player feedback and given the structure of Sepulcher, we saw an opportunity to try an experiment and take this concept a bit further by skipping PTR tests for the final 3 bosses entirely. Doing this isn’t without risk, but we want to see how it plays out. It’s genuinely cool that nobody will have fought these 3 bosses before tomorrow, and that even with the dungeon journal they don’t quite know what to expect.

But, would it really be such a bad thing to keep the Mythic Dungeon Journal locked until after the race? Or open it until X number of guilds kill the Mythic encounter?

The honest answer is that for as much work as that would entail, the dungeon journal doesn’t really give away the most important details of a fight. It might tell you that Painsmith has Spikes and that Spikes will kill you, but it won’t tell you what the patterns are, how often they come, or how to deal with them. Nobody knew there was a gapless row of Spikes until guilds actually got in there.

Of course, we’re always open to feedback on the dungeon journal and ways it could be better, and I don’t want to close the door on further changes to how we do things in the future.

We’re looking forward to an exciting race and we wish the best of luck to all competitors. It’s sure to be full of memorable moments and we’ll doubtless learn things that will help us make better raids in the future. Thank you for taking the time to share your thoughts!

Nobody knew there was a gapless row of Spikes until guilds actually got in there.

And this was absolutely one of the coolest parts of Sanctum!
I’m holding my breath for the secret mythic phase

Can’t wait to see the RWF and who’s gonna be the winner this time. The guilds participating, do a very good job with organizing everything around it. It is nice to see the mythic content in this way, when people have to optimize everything they can, to beat certain bosses. Especially if you are not a raider or raid in guilds that can’t put that big effort into it.

But what i’d like would be more support from Blizzard to RWF, as it is one of the biggest events of every season. It would be really cool, if they make it a real event like MDI or arena championships .

I’m really excited to see this new method of not releasing the final bosses and viewing how guilds handle it for the first time. I really hope Blizzard’s internal testing was sound so that we’re not waiting around on quick hotfixes while watching the Race.

Aside from that, I think the Races should be put on a server that does not allow add-ons. It seems add-ons have allowed PvE to become too scripted, which is evident from the Race for World First guilds having add-on update specialists on their teams. That would truly help separate the “elite” from just those who can read timers on their screens. Food for thought as Blizzard continues to experiment with these new mythic encounter ideas.

A massive congratulations to Echo, for winning the longest lasting Tier in modern WoW.

What an incredible, exciting race.

Also massive respect for Liquid, SK Pieces, Skyline, Method, BDGG, and all the other guilds who took part in this race. There are too many to name them all, but huge props to them all. Incredible effort all around.

I wanted to throw some of my thoughts about the race from a viewer perspective, and I would love to hear from other council members, Blizzard employees, and other players on the GD their thoughts on the event.

First of all, this could go down as the hardest, killable raid of all time. Outlasting the famed Tomb of Sargeras and Kil’Jaeden himself (who was unkillable on release), none of these bosses were unkillable. None of them had game breaking bugs.

The few HP% nerfs, and RNG fixes that were visibly implemented on bosses like Halondrus were great changes and felt appropriate from a viewer PoV.

Some of the highlights of the race for me were the amount of classes and specs that were utilized, the sheer expertise of the players, the ability for guilds to keep their mental intact after 300+ pulls on The Great Crab, etc.

I think the best part of this race was that nothing felt undertuned. I think Blizzard appropriately tuned these bosses for a full raid of 4-set geared characters, and The Jailer for Double legendary.

Now, the worst part of this race was by far the preparation. Hundreds of split runs, hundreds of millions of gold, and countless hours spent in normal and heroic preparing to gear characters. I’m not against splits. I’m not against spending gold to gain an advantage, but the level to which these were necessary to COMPETE in this race was absurd. We saw guilds kill Anduin and refuse to even pull Lords of Dread because they can’t field 4 survival hunters. My issue here is not with the composition requirements, it’s the fact that some guilds just can’t compete because they don’t have the resources.
It’s been discussed in other Community Council topics, but I sincerely hope we can work on a way to revamp the gearing system going into 10.0. This system works in some areas of the game, and very clearly doesn’t in others. There may not be any “one right way” to do loot, so having options will always be preferred. I have some other ideas about this that I have expressed here: Looking ahead to 10.0 - #13 by Letholas-veknilash

As a final note, as epic as it was to watch, this race did just go on too long. We’ve never seen a first boss on Mythic live as long as Vigilant Guardian did (not due to difficulty, due to needing more loot first)
We saw Liquid stop pursuing Echo because after 19 days of raiding, and trailing for the last week or so, they just couldn’t do it anymore. I have so much respect for their decision, and so much respect for Echo who kept plowing through.

For viewers, a race around 10 days is perfect. Halfway through the second reset. That’s what I want to see. Fast paced, exciting action. Though this race had its fair share of excitement, 18/19 days is just too long.

Hoping to see another amazing effort put in by these guilds for the next race.