Kinda hard to do that when you’ve already pushed people off their land and claimed their historical sites as your own.

It wasn’t just land, Americans wiped out the buffalo just to screw with the Native Americans.

Are there new holy sites that have been created in the past one hundred years? Did I miss a second coming or two? What are “today’s holy sites”? I thought they were all historical sites.

They are historical sites.

Be fair. They made funny noises when you shot them. Stuff got really sadistic in the days before we had the ability to let that part of ourselves out harmlessly on one’s and zeroes.

Seriously though the desolation of indigenous American (as in both continents not the USA) remains the greatest crime ever wrought on the study of history.

Our stories are full of war, massacares and plague. On their own they aren’t all that noteworthy. What is noteworthy is the eons of history that will forever remain a stranger in time thanks to the merciless and thorough eradication of native culture.

There are structures in North America as old as Rome we don’t know anything about. The Incans kept notes through a knot tying system that is now completely incomprehensible thanks to the determined and sustained eradication of that knowledge.

The actions of European conquerors in the Americas eclipses the conquests of the Mongol Horde for sheer bull headed disdain toward anything intellectually interesting. The word atrocity feels too dull to describe it. There are entire civilizations we cannot learn from because of those monsters. It’s the burning of the Library of Alexandria on crack and steroids.

The US/Canada has a long history of destroying or appropriating native historical sites. Mount Rushmore is a good example, it used to be a Lakota Sioux Native spiritual site called The Six Grandfathers.

The Mormon church though, in an effort to track the twelve sacred bloodlines of the apostles, stole all geneological records and they keep them in thier super locked down archives in Salt Lake City. (This isn’t conspiracy theory Dan Brown, Freemason sh- this is shockingly real.

I think the really difference between the mongols and the European colonizers in Americas was that the Mongols came in like a hurricane but… a hurricane can’t keep going. Yeah sure its devastating but at some point it calms down and becomes a mild weather.

Americas? It was a sustained effort that just kept going… it just never stopped. frigging canada had schools until the 90s designed to eradict even their language and oral history. Like dude… wtf.
They were a forest fire.

Eh, there are still uninhabited parts of southwest Asia thanks to their escapades.

I do have to commend them for their military structure. As every last single individual Mongol soldier was an expert forager they didn’t have to worry about supply lines. Getting to ignore logistics in warfare is basically a cheat code.

But they did completely wipe out whole civilizations. The history of colonialism is a bit more, complicated, as going back to say the Spanish Conquistadors or English Puritans- they wouldn’t have been successful without the support of native allies.

As in literally the English were getting smacked like Chris Rock during King Philip’s War. King Philip being the English name for Sachem Metacomet, leader of the Wampanoeg. Sachem meaning elected Chief. One of the crueler ironies that the USA takes credit for democracy while it’s forerunners crushed republics in service to a crown.

The English had warriors of course. Experienced ones at that. But fighting in the swamps of Dawnland (later renamed New England by the Europeans which is objectively a worse name) and fighting on the fields of England are two very different skill sets.

Hell Metacomet’s army was not crushed by the English but rather the Blackhawk he sought to align with. Metacomet was unique for seeing the writing on the wall. Old hatreds and rivalries die hard, and the natives themselves were more than capable of dismissing these white men as weirdo tourists who’d probably waste away any day now.

History is as complicated as it is bloody. But when it’s all said and done the merciless eradication of any and all native culture is a wound that cannot heal. Eons of history were lost. And unlike the hieroglyphics of Ancient Egypt this was not caused by indifferent neglect. It was caused by determined rancor.

So we’ve places like the Cahokia Mounds in my own home state of Illinois. Strategically placed on the meeting of three rivers we can of course guess it mightve been a trade hub or perhaps fortress but we’ve no real damn idea. That and places like Poverty Point near New Orleans show the remains of an exquisitely complex civilization that once stood here and had perhaps fallen by the time the French pulled up.

Did we catch the American Indians in a dark age of their own? Similar to the one that plagued Europe arguably until 1945? Impossible to say. You can only stare and guess.

I know ghosts aren’t real because if they were people like me would be hounding them for interviews.

Eh, there are still uninhabited parts of southwest Asia thanks to their escapades.

I do have to commend them for their military structure. As every last single individual Mongol soldier was an expert forager they didn’t have to worry about supply lines. Getting to ignore logistics in warfare is basically a cheat code.

But they did completely wipe out whole civilizations.

Oh I have no illusions to the brutality the mongols and yeah they did sometimes go through a book burning phase but the whole Americas thing seem to be a systematic effort for generations just to wipe everything away.
If we want to learn about the Middle East before the Mongols, Arabs, Romans, Persians and etc we can.
Its not perfect. But we can. Americas though? A big void…

Thats why I compared it to a forest fire. Its just slow, relentless destruction.
And it comes back year after year.

At least we meticulously recorded our own history. Seriously the old timey objectively racist history books are often better reads for learning of the first nations. They really, really,really gloat about the specifics of their war crimes.

Granted that was before war crime was a concept. Hell rape and murder were barely a crime for most of human history. Unless you did that to somebody who’s family had money you’d be fine unless you were caught literally red handed.

Seriously it is borderline comedic how nobody did anything about the unusual amount of cannibals in the Old West. One straight up said

What you think I’m fool enough to starve to death when I don’t need to?

And apparently Fair Enough was the response.

Honest to God people really fail to recognize how far humanity has come in a century. We’re living in an unprecedented golden age and if we’re not extremely careful it’ll be regarded by people of the future as not the new rule but merely a brief exception to the old one.

I know ghosts aren’t real because if they were people like me would be hounding them for interviews.

Me too. I’ve wandered many a museum begging mummies to give up thier secrets.

I have no doubts if we actually lived in a fantasy world with actual elves, pixies, dwarves or whatever we would have murdered them long, long time ago. What we do to each other beggars belief, I can’t imagine what we would have done to another “race”.

It remains hilarious to me that people think the pyramids were built by aliens when you can literally just go and look at the remains of the prototypes that certainly didn’t age as well.

One of my favorite things ever is the uncovered graffiti from Pompeii. I genuinely don’t believe a modern person would be capable of befriending anyone from before the Industrial Revolution at best. You’d be seen to them as a lunatic for worrying about things like animal or frankly even human rights.

But as a drawing of a dick with the Latin for phrase for “Handle with care” scribbled underneath it shows, these people might come off as monstrous to us learned spaceman of the future, but they were still decidedly human. And sometimes the more things change, the more they stay the same.

the fact that there is a handle with care phallus scribble at pompei, and Warhol sent a phallus doodle into space for the aliens, shows how far we have come as a species.

Humanity is not an Apex Species. 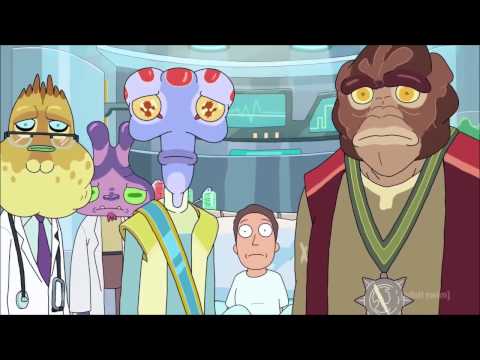 Him having an existential crisis about Baby Yoda is the most German thing to ever happen. 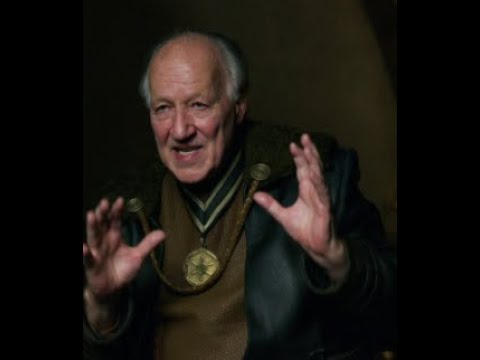 He makes a good point, Imperialism is better than lawless chaos.

I adored the subtle world building of Mando Season 1.

Because I’d always pondered about the state of the economy after they exploded the government. Not to mention power vacuums are history’s answer to ‘Well how could things get worse?’.

I appreciated that more sober take. Especially as an American. I’ve to contend with countrymen from every angle of the political compass talking about revolution. And as someone who’s met people who lived through Weimar Germany and it’s much better known sequel, I can personally confirm things can always, always, always get worse.