Looking at the Higurashi When They Cry and Umineko When They Cry Visual Novels and Anime it seems blatantly obvious to me just from looking at the dialogue that the Time Looping is the result of someone being turned into a Witch and being allowed to possess Alternate Versions of themselves.

Rika/Bernkastel of course simply copies her Memories onto her Alternate Selves while Sakoto/Lambdadelta does that then when it seems they are about to fail straight up possesses them(by killing their consciousness).

Incidentally Bernkastel/Time Looper Rika apparently ditches Rika after dumping Memories into her one last time because she does not want to see another failure(not to mention she thinks Hanyuu ditched her oblivious to Hanyuu being captured by Eua). She later grows bitter and cruel while Time Looper Sakoto/Lambdadelta grows nicer and more caring.

Featherine once turns into Hanyuu after getting her horn broken and yet creates the Miracle of defeating a past version of herself named Eua by breaking her horn. Of course Hanyuu is considered a failure since unlike Eua her mind is effected by damaging the horn thus unlike Eua she loses her Sociopathy when that happens!

Eua unlike Featherine made certain her Memory Storage Device would not be her horn and thus ensured she would not lose her Sociopathic Self like Featherine did even if she did get weakened. She knew how to keep her power and memories separate.

What drew me to those Visual Novels? Higurashi randomly appeared on YouTube and my searches on TV Tropes gave me the curiosity to look up all the necessary videos involving Sakoto/Lambdadelta and Rika/Bernkastel.

The most egregious example that always comes to mind of this is the Forgotten Realms city of Silverymoon, from which the Quel’dorei city of Silvermoon was a wholesale clone.

Sonic CD is weird when it comes to the games chronological timeline. Since Sonic 2’s ending leads directly into sonic 3 & knuckles. With Sonic and tails chasing after the crashing death egg. Which crashes on Angel Island (where Knuckles and the Master Emerald are). So where does sonic CD come in? It was made between Sonic 2 and Sonic 3 & Knuckles but it has to occur either before or after those two games. Which is probably why Adventure 1 reconstructed Amy’s character. Like what Sonic Heroes would later do with the Chaotix trio.

Which is probably why the movie just merged sonic 2 and sonic 3 & knuckles when adapting them. The plots are similar as it is “sonic teams up with other colourful characters to defeat Robotniks death egg”. The twist for Sonic 3 is that one of those characters is an antagonist until he gets duped by Eggman. The teaser for the next movie in the mid credit scene is interesting to say the least.

While they are merging or skipping games when it comes to which ones to adapt for the movies, I wouldn’t say they are moving too fast. Compared to the DCEU, they are slow in comparison but faster than the MCU when it comes to bringing in characters. I can also see most of the original human characters getting phased out over time as they bring in more sonic characters. Just be thankful there isn’t a slow paced montage of someone staring at a screen teasing future characters for like 30 minutes.

I know it’s Sonic movies but I feel like they’re moving too fast.

If MLP Equestria Girls were to crossover with D&D(considering that Hasbro scrapped their nice Elemental Plane idea for G5 they pretty much owe us) they should take full advantage of Belief Shapes the Planes and have Discord run the tour!

Thalasia(Sailor area with Zero Pirates), Aquallor(Mermaid and Sea Elf Area) and Mercuria(where the Divine Lotus AKA Asian Religious Afterlife with it’s Sea of Milk is found) should be where all the Media References are found with Thalasia being first and Aquallor being last(for the Media Refence locales).

If the HuMane Cast were to visit Thalasia(a Sea-based World of Goodness AKA no pirates) in Elysium one would expect(after learning about Belief Shapes the Planes and seeing the Layers as their own Universes with their own versions of themselves) Pinkie Pie to mention Cloud Kicker(whose Pony counterpart dressed as Sailor Moon during Nightmare Night) wearing an Anime Character’s Sailor Outfit on Halloween only to be reminded that that Sailor Outfit looked more regal than Naval only for Pinkie to rebut that said Anime Character wore a more Naval Sailor Outfit when not in Magical Girl Form.

Of course Pinkie Pie being Pinkie Pie(and having studied the Lore on Cloud Kicker’s Costume because she needs to know everything about every Person in town for the sake of her Parties) will promptly(after someone mentions Copyright Law) mention that the Magical Girl shares a English Voice Actor with a girl with White Eyes(Hinata Hyuga) who shares a Japanese voice actor with 2 Girls with Double Ponytails one of which has Red Eyes(Alicia Testarossa) and has a Clone with the same Voice Actor(Fate Testarossa).

Once Belief Shapes the Planes pulls out a Cloud Kicker that looks like a Usagi Tsukino without Odango and with Cloud Kicker’s Bangs and Eye Color one can imagine Pinkie Pie mentioning how the Magical Girl Cloud Kicker dressed up as is the reincarnation of a Moon Princess whose Mother the Moon Queen shares an EN Voice with an Otaku and a Reality Warper(Konata and Haruhi both of which wear Sailor Suits) and that they share a JP Voice with a Girl with a Nasty Notebook(Misa Amane).

Since Rainbow Dash has the same Eye Color as Cloud Kicker her Thalasia Counterpart will naturally be Cloud Kicker’s Thalasia Counterpart’s Mother from her first Life. Ah! But what about her second life? Since by now Pinkie Pie has mentioned the Double Ponytail wearing Girl who was cloned she will mention how that Girl’s mother shares a Voice Actor with a Sea Witch causing Delays(Witch of Delays from Pretty Cure).

Discord will also mention Twilight Sparkle how shares a Japanese Voice with a Virtual Reality Player who plays a Cat Girl and a Sun Goddess and when Pinkie can’t fill in any more info due to only studying Cloud Kicker’s Outfit and not knowing the existence of the HuMane Cast’s Voice Actors will go on to mention how the VR Player shares a Voice Actor with both a Moon Kitty(Luna), an Interface(Nagato Yuuki) and a Schoolgirl in a Sailor Suit(Tsukasa Hiiragi from Lucky Star).

Cue Thalasia Twilight Sparkle showing up as a Nanoha who wears Tsukasa’s Summer Uniform with Sailor Mars’ Color Scheme and Bow. Discord will go on to mention how the Schoolgirl in a Sailor Suit has a Big Sister who shares a Drama CD Voice Actor with Sunset Shimmer and an Anime Voice Actor with Fluttershy. Cue Thalasia Sunset Fluttershy Shimmer showing up resembling a Kagami Hiiragi with Fluttershy’s Hair Color and Sunset Shimmer’s Skin & Eye Color.

I’m sure the HuMane cast will have enough curiosity peaked to ask about Rarity. Discord will mention how Rarity shares an English Voice Actor with Principal Luna and a Girl dressed as a Sailor wielding a Fiery Sword(Shana) who shares a voice actor with a classmate of the Mage of Stars also dressed as a Sailor and also wielding a Fiery Sword(Arisa Bunnings). Cue Thalasia Luna Rarity who resembles Arisa Bunnings showing up.

Discord will point out Starlight Glimmer who is believed(Belief not Facts shapes the Planes) to share a Voice with a Mermaid(Seira from Mermaid Melody) who can transform into a Girl who wears you guessed it: A Sailor Outfit. Incidentally he will mention that her Hair while Shoulder Length while in Human Form in one Episode her Hair is as long as her Mermaid form’s due to using a Wish.

Yes. Thalasia is the best place to reference Sailor Outfit wearers who have even the slightest connection to MLP Cast.

Aquallor will be the best place to reference Sea Elves(Fluttershy and Pinkie Combined into AndrAIa from ReBoot) and Mermaids(Twilight Sparkle as Melody from Little Mermaid 2, Starlight Glimmer as Merliah from Barbie in A Mermaid Tale, Celestia as Queen Calissa from the same film, Queen Chrysalis as Eris from the same film, Trixie Lulamoon as Dot from ReBoot during the Mermaid game Treasure of Atlantis that AndrAIa comes from).

Those 3 Layers of Specific Planes so easily lend to Media References unlike the other Layers and Planes that once done the Show can get creative making the Mane Cast’s counterparts match the Aesthetics of each Layer of each Plane(Paladins for Lunia, Pirates for the Surface of the Plane of Water, Swamp Natives for Belierin, Elves for Arvandor, Vikings & Valkyries for Ysgard, Demons for the Abyss and the Mean Six for Agathys in Tartarus to give examples).

The Nine Hells, Pandemonium, Gehenna and Limbo will be Off Limits due to their names. We are already pushing it with Tartarus(appeared in MLP), Hades, Acheron and the Abyss as it is! 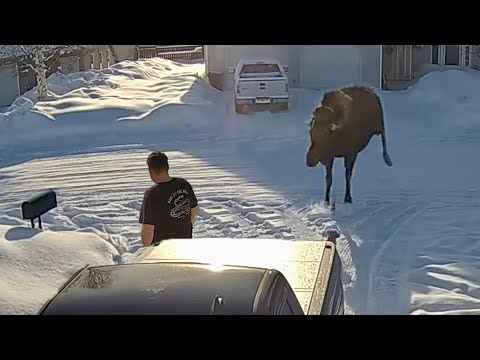 Spellbooks and Verbal Incantations are Paganism indeed. Such is True Magic as the Zoroastrian Magi can attest!

Miracles preformed without Verbal Incantations from a Spellbook or Demon/Foreign Deity aren’t Magic as any Zoroastrian Magi can tell you(despite the lies that Media claims incidentally).

Furthermore the Bible praises Miracles! Some Miracles are created by waving your hand or Staff over something or other(just like Gandalf). The Bible even praises Miracles preformed by Prophesizing at an object such as a Stone(like telling a stone to give forth water for instance).

Now if Discord could simply preform a proper Witch Hunt to scare the Unicorn Ponies off of Incantations from Spellbooks, Runecasting/Witchcraft, using Genies, Calling up Ghosts, Seeking Hidden Rituals or preforming Divination of any kind we can get somewhere!

The Unicorn Ponies rely too much on Rituals and Incantations and must free themselves from such Pagan corruption and preform Miracles from their own Beliefs not from Rituals or Books!

The Cast of Equestria Girls incidentally don’t use Verbal Incantations or Spellbooks relying on sheer Miracles to do their jobs even destroying Rune-wrought Artifacts to erase their taint.

Never knew Yven hated Pagans and our beliefs so much

I make those kind of miracles happen all the time

Oh no, what did I walk into? Spanish inquisition on MLP??

What is happening here??

Don’t tell you know who the Bible says his staff is magic.

Yven went off on a tangent about MLP and paganism bad. I is a bit concerned

Moses specifically waves his Staff over the Red Sea to make it part. He also stretched it out for a couple of the 10 Plagues of Egypt.

He also was supposed to Prophesize at a Rock to make it give forth Water but disobeyed God and was barred from the Promised Land.

Christ also mentions that if you have the Faith the size of a Mustard Seed you can tell a Mountain “Go pick yourself up and throw yourself into the sea” and it will be done.

No where does the Bible mention Wands or Staves being Magic or Witchcraft! Only Modern Day Media dares make that claim!

Modern Day Media constantly claims things are in the Bible that aren’t there! Those claims are false!