Linking the post I originally wrote (it had a bunch of custom links so understandably I couldn’t post as a “new” forum user so had a friend post it):

I wanted to offer a bit of an extension of other things I would like to see and suggestions for character customisation. This won’t really have as many outside links like last time, but more pointing out stuff that I’m observing while scrolling through the PTR options. As before I’m going in order of the races, but there isn’t too much. I thought I might as well also cross-post this into a more publicly accessible area and add a few extras. I know it looks like a lot, but a good chunk of it is modified / duplicating existing stuff that I don’t think would be difficult.
Also please excuse my repetitive writing, I sort of noticed it only after the original was posted. I will try to be better at English.

An example:
Option A 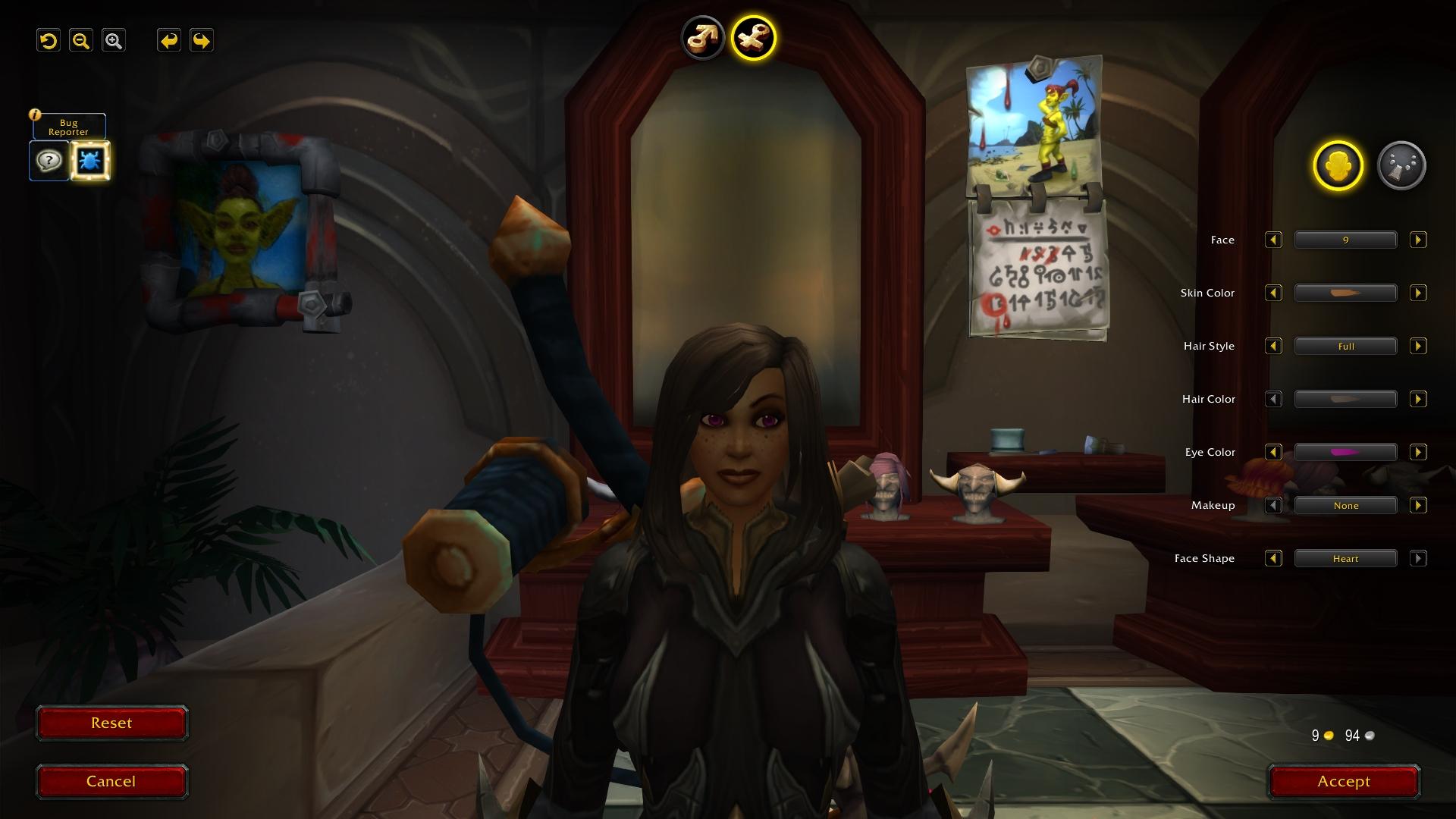 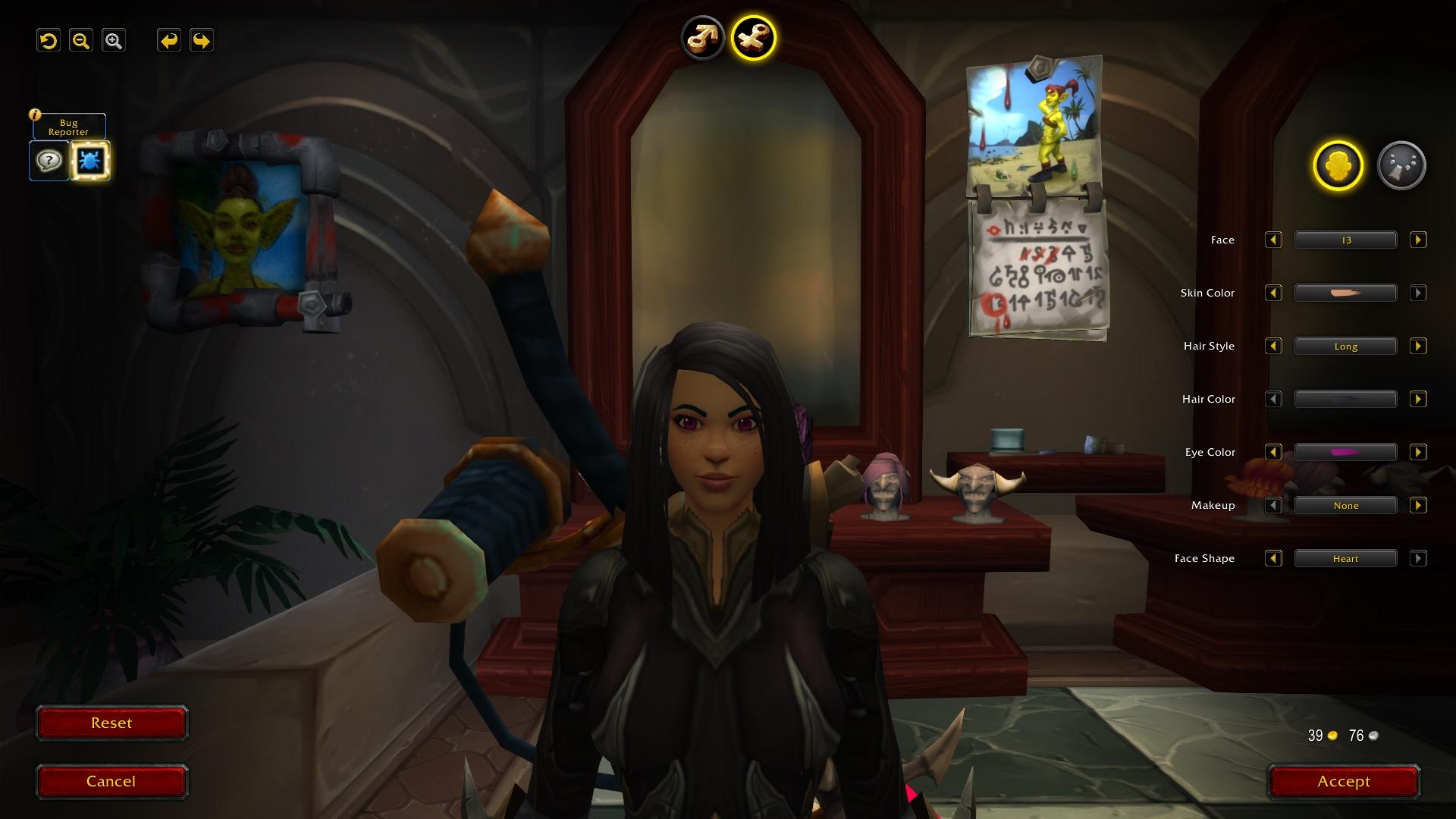 I know it’s a bit silly to say but it feels weird that I can’t pick the freckle options I want without choosing either the new skin tones or choosing wrinkles built in on old skin tones. That’s particularly the reason I wish more of those options were separate, and I know it’s a lot easier to do than necessarily creating new options.

This should be the end of this particular post, I might post more but for now this is what came to mind. Thank you again to the devs doing so much hard work

*Quick Edit: Please fix the bug reporter on PTR, there’s a good amount of bugs with textures atm that I want to report ;-; ( ﾉ ﾟｰﾟ)ﾉ THE BUG REPORTER IS FIXED ( ﾉ ﾟｰﾟ)ﾉ PRAISE BE

42 Likes
Yet Another "No Customisation Coming in Shadowlands" Post
Cindyanna-proudmoore August 14, 2020, 4:56pm #2

don’t you need to have an active sub (ie buy) to comment on the forums?

i know this might say more about it possibly being a allied race however, not having a red eye/darkfallen option for blef is disapointing.
Again, might be a allied race. who knows.

The biggest customization option I’ve been hoping to see are posture toggles for Forsaken, Darkspear, and Worgen.

We have them for Orcs, we should get them for the other races too.

My feedback so far

I had many giddy giggles at prettying up my tauren druid. She’s a walking bundle of serotonin now

Every race should have scars. Why is it just orcs and nelves?

Why are the most new belf stuff just teeny tiny earrings for the girls?

i know this might say more about it possibly being a allied race however, not having a red eye/darkfallen option for blef is disapointing. Again, might be a allied race. who knows.

I’m a bit mixed on it because currently the state of allied races isn’t the best when it comes to customisation options. It would probably make sense to have unique racials because they’re an undead elf, but I think maybe something similar to Zandalari-style choosing racials could fit better with a weekly cooldown. Just my personal thoughts though, I want the path that gives the most amount of customisation options to players.

The biggest customization option I’ve been hoping to see are posture toggles for Forsaken, Darkspear, and Worgen. We have them for Orcs, we should get them for the other races too.

The Forsaken at the very least have some upright (or semi-upright for male) animations for walking / standing, which is pretty much what the Orcs have. I would definitely like to see it on Darkspear and Worgen though, their center of body mass on worgen male feels sort of like they’d fall over

My feedback so far I had many giddy giggles at prettying up my tauren druid. She’s a walking bundle of serotonin now Every race should have scars. Why is it just orcs and nelves? Why are the most new belf stuff just teeny tiny earrings for the girls?

Definitely agree, there are also the new human faces with scar options but you need to specifically choose those skin options.
Also on the bit about earrings, I think Lor’themar has them but male blood elves can’t choose such, I find that a bit odd.

I am hoping to see additional customization for gnomes and goblins. I would love if my gnome warlock could look like one of the examples below (cultist and/or leper). The skin colors and eye colors already exist in game as NPC-only, so they might be relatively easy to implement for player characters as well. 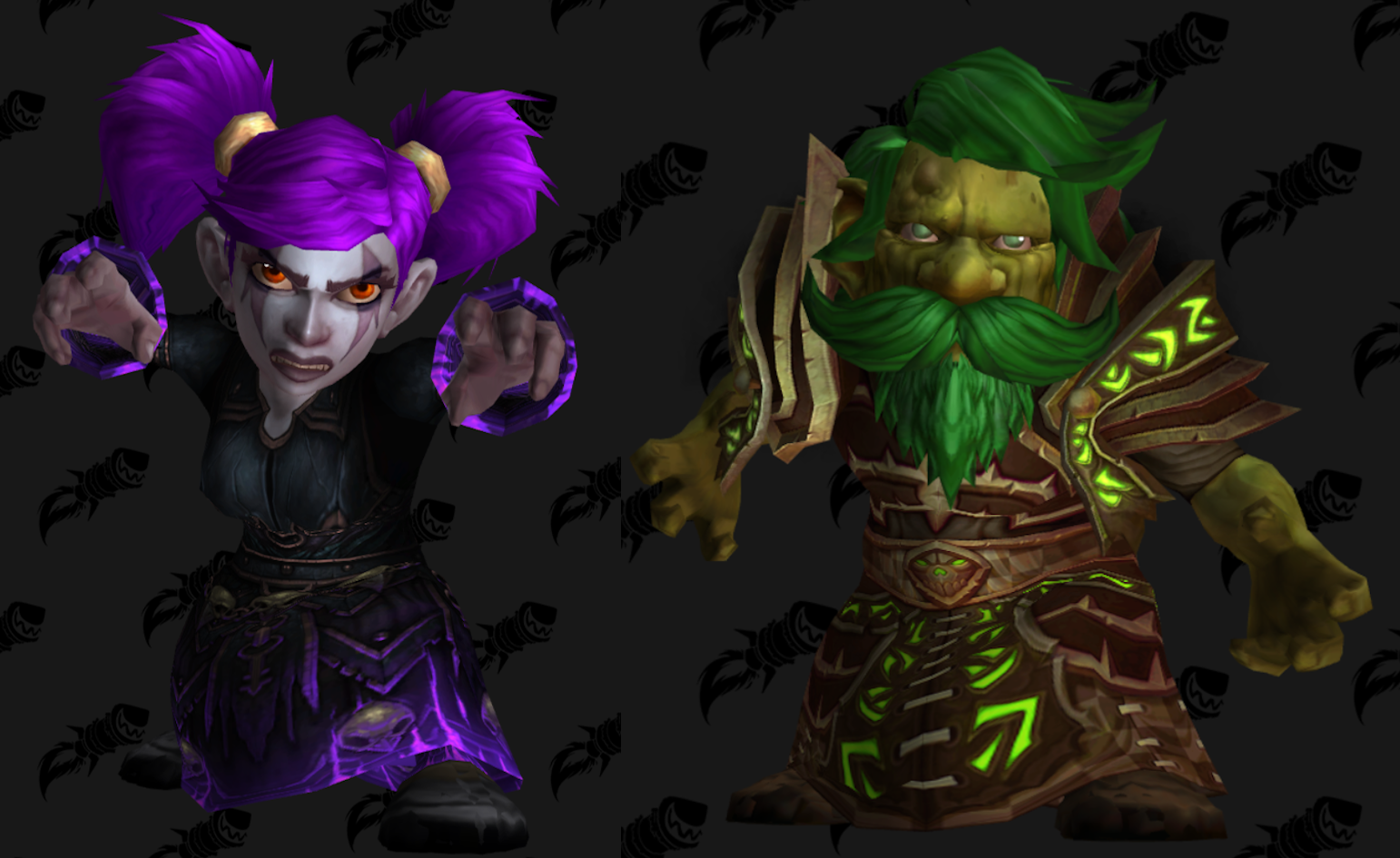 Well it must be active cause I’m posting doh. Stupid comment sorry.

I love everything you’re done. I can’t replay in the first thread for some reason.

I especially like your artwork and what you’ve done for Trolls.
Green skin, different ear options, more tusk options with jewelry, beards and of course green skin should definitely be customization options.

I like your ideas for the Zandalari and all other races too.
And example is that male Blood elves should get jewelry too.

Why do humans have so many more options than anyone else?

Blood elf makes have three more hairstyles and some eye colors. That’s great but not enough! There should be many more hairstyles, tattoos, and jewelry options as well.

I hope they aren’t finished yet because she races are sorely lacking in options still.

velfs could use white and black hair colors, a couple alliance only hairstyles and ear / eyebrow size mods.

It’s the Shadowlands Beta forums so it requires access to it, which is why I also cross-posted here since I think it makes it a little more accessible and I can actually respond to some replies (as well as get notified).

Here’s my wishlist for Goblins:

It’s a mixed thing for me - I definitely agree they should have more options of course. It’s a whole other subject regarding that however, in that I personally feel that Blood Elves should have been handled in a fashion of choosing a faction similar to Pandaren (Blood / High Elf and Huojin / Tushui) and then getting maybe additional faction-specific customisation from there. I’m very happy that the void elves got the skin tones of blood elves, but I already knew when people first advocated for this years ago that we might be seeing a distinct lack of hairstyles. It’s more akin to a void elf cosplaying a high elf than truly getting high elves - it’s close, but not quite there. My initial proposal I’ve made years back elsewhere was to additionally give Ogres to the Horde for the “loss” of Blood Elves becoming a part of the Alliance.
If something similar to Zandalari Loa racials can be implemented (choosing void vs. high elf and blood vs. san’layn on a weekly CD) I think that’d help a lot perhaps.

Oh I see makes sense haha. I hope it will get noticed by the devs and some of your ideas will be used.

Edit: One request more for Trolls, no all races with a hunch.
Please fix the belts. They are vanishing in our stomachs.

my suggestion is that if you select the fairer skin tones as a belf or a velf, you go into helf mode. helf mode changes your hair options and beard options. only use hairstyles from other alliance races for velf helfs and only use hairstyles from other horde races for belf helfs. use as many braids as possible and make sure the hairstyles used, are exclusive to their factions. this way they can not only go full helf for both belfs and velfs, with hair colors no longer being an issue, but they can also look different than belfs and velfs.

I think this is going to be a judgment of how much you value per option. Humans have a lot of option per category but are rather limited in category. Blood Elf is similar, they really should have scar options, tattoos, and so on. It’s not that I disagree but “which race has more” can be very subjective depending on how you value recolours vs. actual whole categories and getting something wholly new. Generally I try to look at things that can be “baseline” (obviously troll trusks on humans seems odd) and then go further and see what’s gender-specific that maybe shouldn’t be or has evidence of existing but only as one option (for instance lots of jewellery on female but not male or draenei tendrils). I definitely agree that I hope they’re not finished, but I can also understand it can take time to gather feedback and then implement those options properly in full working order. There’s also likely a lot of backend issues that I can’t ever account for like vertex point limits and graphics optimisation.

I noticed orcs don’t have a separation between their face and body tattoos/warpaint. As someone who plays an orc I’d like to see them separate it to face paint and body paint as well as face tattoos and body tattoos.