I’m talking about the venthyr not undead elf at ice crown.

In my case, hard pass on Venthyr as well. I’m not a fan of them and would way rather have the established vampire race from Wrath. This is my personal opinion on the matter and I’m not putting down those that want them. Me though? I definitely do not.

So while leveling a Horde alt in the Borean Tundra, I came across some Darkfallen mobs! You know what this means?

I found an area full of these guys and had intended to try them also, but it wouldn’t work with Glyph of Disguise: 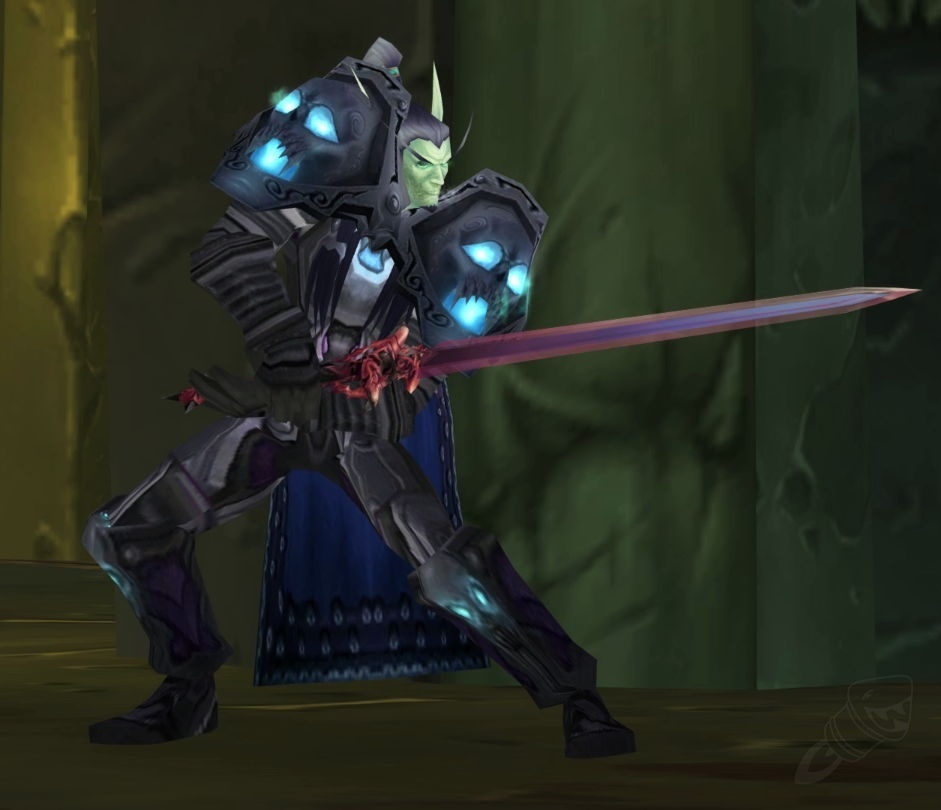 Darkfallen Deathblade is a level 65 - 80 NPC that can be found in Borean Tundra. The location of this NPC is unknown. In the NPCs category. Always up to date.

However, there was a prince in the area which it did work on, so I’m going to pretend it’s a heritage armor: 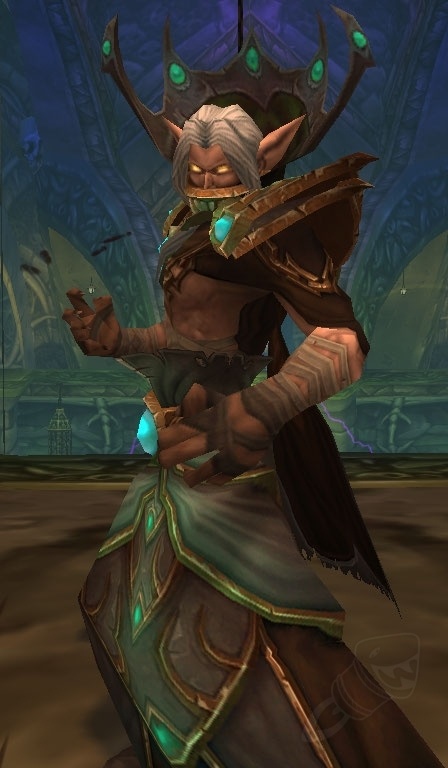 Prince Valanar is a level 66 - 81 NPC that can be found in Borean Tundra. The location of this NPC is unknown. This NPC is the objective of Breaking Through.

The result is as follows with the 5 minute timer I had: 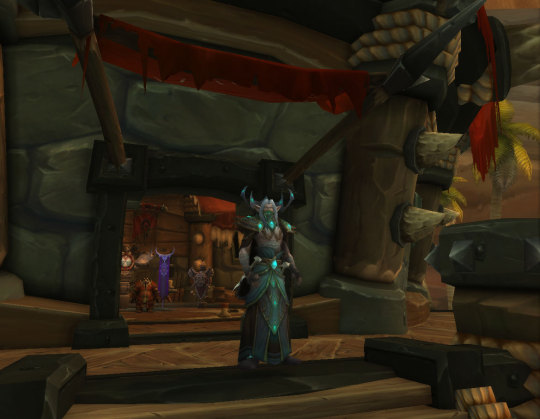 Right in front of the Horde embassy. 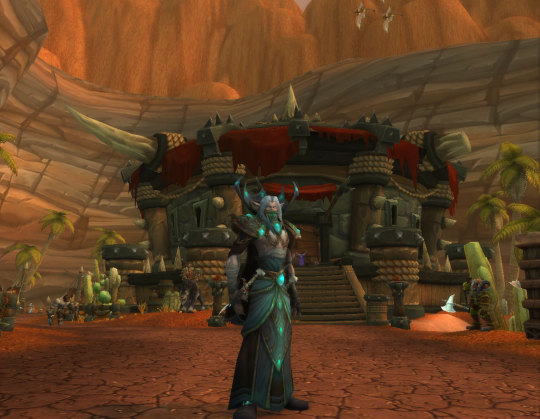 A bit away from the embassy for a better angle. I almost took this with someone right next to me looking at me, but they ran off before I could take the image. 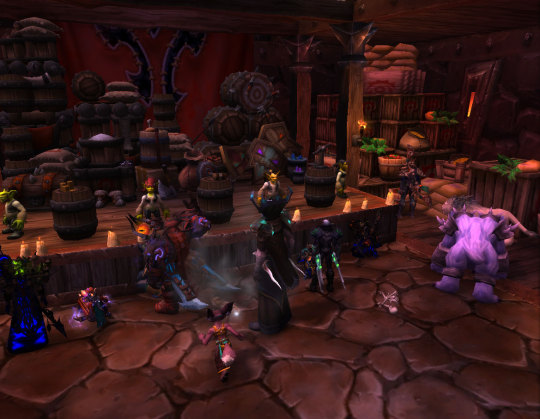 At the auction house to try and show off how a San’layn might look among the other Horde members. 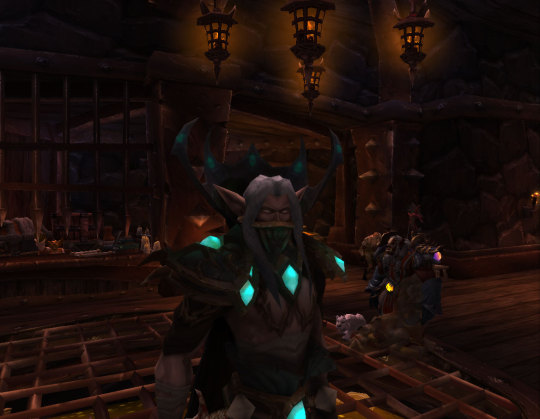 Closeup at the bank. Maybe it’s a blood bank? 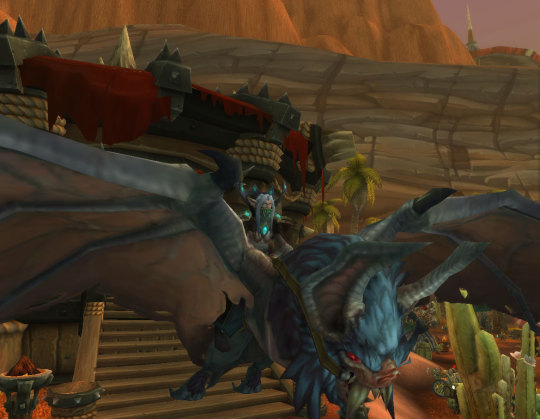 And this model can apparently ride mounts, which I think I’ve seen other people showing that off previously in this megathread. I quickly got on a bat mount I could find to take this image.

Anyway, I wanted to do this to kinda show off how San’layn might look as a playable race in Orgrimmar, as having something visual helps with inspiration even if it isn’t perfect.

I know there are other Darkfallen mobs out there, so I’ll have to look to see what there are and what works with Glyph of Disguise to take more screenshots in the future.

Not giving up hope for San’layn as an Allied Race.

But again if that’s not meant to be, I hope Blizzard considers this:

A Night-Warrior-Like Questline in which you’d get the following features on a Thalassian Elf:

The questline would explore:

-How the San’layn joined the Horde, likely a splinter faction
-The origins of the vampyr curse, if not explained in the upcoming lore, and how to turn someone into a vampyr.

Note: This could technically be applied to humans as well and grant the Alliance human vampyr, in which the questline would need to explain how they’d be allowed on the Alliance. Not too much of a stretch considering undead night elf customization might (?) be on the table for alliance night elves.

But again if that’s not meant to be , I hope Blizzard considers this:

A Night-Warrior-Like Questline in which you’d get the following features on a Thalassian Elf:

And fangs! Cant forget the fangs!

I’ve failed my community by not adding that nooooo! This is what I get for late night posting. Hahaha thanks, made an edit, I appreciate it!

Does this thread include the Venthyr?

So…Venthyr Vampire AR which is the thread for them. Good luck.

Here is a thread for Venthyr! This one is more focused on San’layn. We talk about Venthyr and how they could be related to San’layn here, but a Venthyr specific thread might be better for those wanting to discuss them as potentially being added.

Ty!
I also support San’layn ofc. Even saved a nick for one, if we eventually get them. o/

I’m talking about the venthyr not undead elf at ice crown.

I’m personally against any vampire race going to the Alliance unless Horde has access to some type of werewolf. No reason to give Alliance both werewolves and vampires. That is a war that is way older then WoW and needs to stay that way.

Thanks I appreciate it! Maybe someone will make a detailed thread for the Venthyr too. I secretly hope there is also a chance for those super neat gargoyle people.

You forgot adding voicelines and jokes to choose from!

This is will be my final post but I still believe it can happen.

I’m back to reiterate support for San’layn. Shadowlands is the perfect opportunity for their introduction. I believe they should be a class that uses Blood Magic like the Blood Trolls. The class should be available only to basically all the elves. I would even go as far as to say maybe Human and Undead. Just anything that has the aesthetic for it.

The class that use shadow magic tend to have some blood. The shadow priest have a San’layn talent and all blood magics of blood dks are good as well for them.