Rdf is in retail not wrath, sorry if thats something you cant accept,

Nah instead there will be people whining about Blizzard backtracking. Itll be a 180 of what the forums have today

not bringing anything to the discussion, just attacking the post.

I linked to the thread that this is a direct copy of, which incidentally has all of the relevant commentary in its posts. Can you point to any new discussion happening in this thread, such that it isn’t just completely spam?

i didnt click on it as i have never seen it and according to you its not a current post? i was one of those posting on 15 different threads and kept seeing people yelling we should take it to ONE thread, and so i try and all i get is trolls and people telling me to shut it down its not needed. so its striking me that the ONLY reason anti rdf want us on ONE thread is that it takes them less effort to troll us.

and now theyve gotten all their anti rdf alts and flagged it into hidden status. intersesting to see the absolute fear you anti rdf’ers have of a reasonable civil discussion and what it might expose.

Correct. The topic of RDF has been amply discussed, and there has been zero new contribution to it for months now.

Further, we’ve had quite clear discussion from blue posters on the topic as well…

We continue to iterate on the bulletin-board style Looking for Group tool, and we do not have plans to add the Random Dungeon Finder.

For players, this has probably been the hottest topic of discussion since our announcement, and we welcome all the continuing feedback on how to improve the tool and make it better. I know this will be disappointing news for some, but we want to settle this topic before launch so everyone knows what to expect and can plan accordingly.

While I appreciate that you want to keep the conversation going, because you want a feature that isn’t in the game no matter what, it may be worthwhile for you to have a look at the thread you’ve created and see if there is any value add here.

Classic WotLK doesn’t have 13M subs like original WotLK. Queue times would be higher in Classic.

and this is my point if you will take time to read it… that was from august 8th… in september in multiple streams the statement was made that “rdf has been put back in discussion because of the amount of response weve gotten about it being taken out.” in the first week of october, brian birmingham said that rdf was further from never than it had been… these are both vague statements leading alot of folks to believe that it may be coming yet.

so, having read the article and the posts from before launch, i have to believe the noise that pro rdf’ers are making is making progress at pushing it towards being in game.

this from a hidden profile with special character in the name so its harder to block agreeing with a guy who does nothing but attack. … coincidence or not? either way not worth the effort.

agreeing with a guy who does nothing but attack.

Classic WotLK doesn’t have 13M subs like original WotLK. Queue times would be higher in Classic.

What part of this is an attack? People that share facts that dispel your narratives are not attacking you.

If all you want to do is attack the list because it doesnt fit your opinion it just shows the lack of foundation you have and your fear of rdf so youre trying to confuse and attack instead of just having a real conversation. that makes you look likt just another anti rdf troll.

Yeah, I am really “afraid” of RDF lol.

Anyways, I will lay out the proper foundation to have a bigger discussion on the topic… maybe this weekend. Stay tuned!

so on ignore you go because twice now youve done nothing but attack without adding to the conversation.

If by attacking, you mean when I call you out for making the following point that has nothing to do with RDF…

rdf provided me a way to share my knowledge of tanking and of dungeons with new players and have fun introducing them to new runs.

…well, block away lol. Certainly easier than trying to defend THAT.

I never had an hour long queue as dps in the rdf in wrath.

Yea it was usually no more than 15 minutes and that is coming from someone who plays past midnight most of the time.

this from a hidden profile with special character in the name so its harder to block agreeing with a guy who does nothing but attack. … coincidence or not? either way not worth the effort.

You can copy paste my name to put me on ignore brotato. Doesn’t make anything Charax said any less true though.

We have a fraction of the player base that existed during original WotLK. Even with cross realm RDF would have hour long if not longer dps queues during peak hours.

Your dream of running a Scarlet Monastery on your alt would literally be a 5 hour queue into a group that has a 75% chance of falling apart as soon as the first person dies for whatever reason.

The only thing that fixes is the PvP portion, which is a portion I’m not invested in, but I understand why people would be concerned.

But RDF gives you a means to eject the bad behaving player.

You can do that with LFG as well. That’s not an RDF exclusive ability.

RDF most certainly allows you to set your group composition as you can queue with up to a full 5 man team.

The entire point of LFG (and the removal of RDF) is to get people interacting at least on a basic level to form a full group again, like they did in Vanilla and TBC without issues.

Sure, but that’s because you have mega servers that are mostly one-sided. Blizzard should have done more to keep a balance, but they opted instead to “let the players handle it”.

Toxicity, well every system has that even the current LFG tool.

RDF has more than LFG does though. Reasoning: RDF is just treated as a grind fest, no one has any interest in the other players at all because they are just there as a means to an end, and since you didn’t have to talk to them to get them in the group, you sure as heck won’t talk to them while the run is happening and will leave when you are done with your grind.

Dungeons are group events, they are meant to be completed by a group that was formed by the players, not an automated system. Think of old RPGs, where you would go to a town or an inn, meet the other players, and head off to a dungeon. RDF isn’t that, which is why it’s a bad system to use in an RPG.

“You disagree with me, therefore, it’s an attack.”

Yep, OP is a troll. Nothing to see here folks, just move along.

Repeat after me: slippery. slope.

Repeat after me: slippery slope is a red herring.

Repeat after me: slippery slope is a red herring.

Looks back at littlerascal 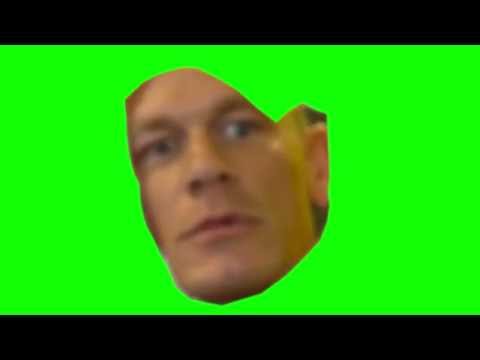 And everything wrong with retail is 100% the players and not some in game features. Blaming a game feature for bad behavior is lazy and ignorant. The players create the issues, not the tools.

Tools can enable players to act with more toxicity.

RDF has more than LFG does though. Reasoning: RDF is just treated as a grind fest, no one has any interest in the other players at all because they are just there as a means to an end,

it seems alot of us are arguing when we dont need to be, im glad this discussion is finally coming together.