Haven’t world pvped in a long time, Nor have i ever been really gank as no one wants to gank level capped paladins. The only time people fought me in warmode as a paladin when they were in groups larger than 2. And my solution was a bubble hearth. Which would make them swap on a horde alt to cuss me out, because simply put those who gank are pretty much mentally ill just as is most people who enjoy world pvp to gank people minding their own buisness.

Seems oddly specific that it’s exactly how it works. It’s really not complex on how to drop combat and go to an edge of something to become a jet. Not like the class lacks for utility anyways lmfao

You made me watch a cringe video and it didn’t even counter my argument.

You don’t just soar away at a high speed while launching off the ground. It’s not how it gains speed at all.

Dracthyr aren’t going to use Soar to flee. They’re going to mount up.

he’s a cringe dude who somehow wants to kill people and not let them escape but wont support disabling flying in warmode to make sure flying is never a issue in the first place. He’s a hypocrite, if his main could do it he would be against the nerf too, but since a few of these people are digusted by “scalies and furries” thus will never touch them, they are for nerfing them in the ground.

He’s a hypocrite, if his main could do it he would be against the nerf too, but since a few of these people are digusted by “scalies and furries” thus will never touch them, they are for nerfing them in the ground.

I hope that monk isn’t his main while crying about pvp disengagement.

he’s a human monk named seraph, i’m pretty sure thats his pvp main lol. Druids are the best at removing roots, slows, getting out of world pvp, and using world content best to their advantage they aren’t here trying to nerf shapeshifting, just dracthyr because they are “scalies”

I want to see a blue post on the reasoning for the change, but I suspect it’s a technical issue in the “old world”.

there is a blue post explaining why they nerfed it, and it doesn’t make sense at all. Now if it was a technical issue within the old world that was causing exploits, crashes, server crashes, or anything similar i wouldn’t be fighting Blizzard. I’d just be asking if they could fix it so we could have it back or not and be contempt with what ever answer since their engine is ancient.

DF still in Alpha. Many many things are still going to change, be added in, or be removed. Relax.

Don’t worry, covenants and the conduit system was only in alpha and we will sure enjoy that, we just don’t know what we want at all.

Hey remember that conduit energy mechanic? No chance that makes it to live right?

and there isn’t a rip cord they can’t pull if we want to change covenants either.

Oh no, there is. You just have to wait the entire expansion for the fix. Give it 2 years guys, they’re still working on the beta.

To be honest, while the change sucks for people who wanna go super sonic, I’m glad this is the issue of the hour and not the something like conduit energy.

I mean if we want to be optimistic then yeah, its good this is the only thing of dragonflight that we’re outraged over. However it also shows that Blizzard is following their old roots again in making changes they want and not what the players want. As bad as the change is, its not the change itself thats the worst part but the philosophy of why it happened in the first place. As you said above, if this was a mechanical issue / server issue, the outrage wouldn’t be as bad across the internet on this, hell even i wouldn’t be acting like i had a stick up my butt if that was the reasoning. But because the reasoning is:

With the next alpha build, we’re making a change to Soar for Dracthyr that reduces their maximum speed from (roughly) 930% to 640%. The maximum speed for Dragon Isles Drakes is unchanged. This only applies to the Dracthyr Soar racial ability.

In the Dragon Isles, all characters of all races are on similar footing in regards to their ability to traverse the terrain because everyone can summon a Dragon Isles Drake. However, this isn’t the case in other areas of the game where flying mounts are the mainstay of travel. In Eastern Kingdoms, Soar is currently over twice as fast as Epic Flying which travels at 410% speed. The result is that Dracthyr have a drastic efficiency advantage over characters of other races when doing non-Dragon Isles content, whether that’s Chromie Time quests, clearing old raids for transmog, pet battling, etc.

Soar is important to the identity of Dracthyr. From the outset of the design process we knew that Dracthyr had to be able to fly in some form, even if we didn’t know the specifics until later. But, Soar is also a Racial ability, and was never intended to be a massive efficiency or performance improvement over other races. These two goals are somewhat in conflict: Make Soar fun and fulfill the fantasy of being a flying creature, but don’t give one race an outsized advantage across large swathes of the game.

What we’ve found while playtesting these changes internally is that the speed change didn’t diminish the fun of the locomotion mechanics. The engaging control system, gameplay of conserving momentum, and challenge of navigating obstacles, are all still present, while also rewarding skillful use of Soar with being able to travel faster than Epic flying mounts. This hits both of the goals nicely – Dracthyr can engage in the dynamic, immersive locomotion of dragonriding, but aren’t able to blitz across a continent in half the time as other characters.

The Alpha period is time for experimentation, testing, and learning, and that often leads to change. Due to Soar being an evergreen feature of the Dracthyr race, we feel that reducing the top speed is necessary for the long-term health of the game. Thank you for your passion, feedback, and understanding. See you in Azeroth!"

and not Server issues, mechanical issues, or bugs of anything of that nature, then thats where the real ugly problem begins. 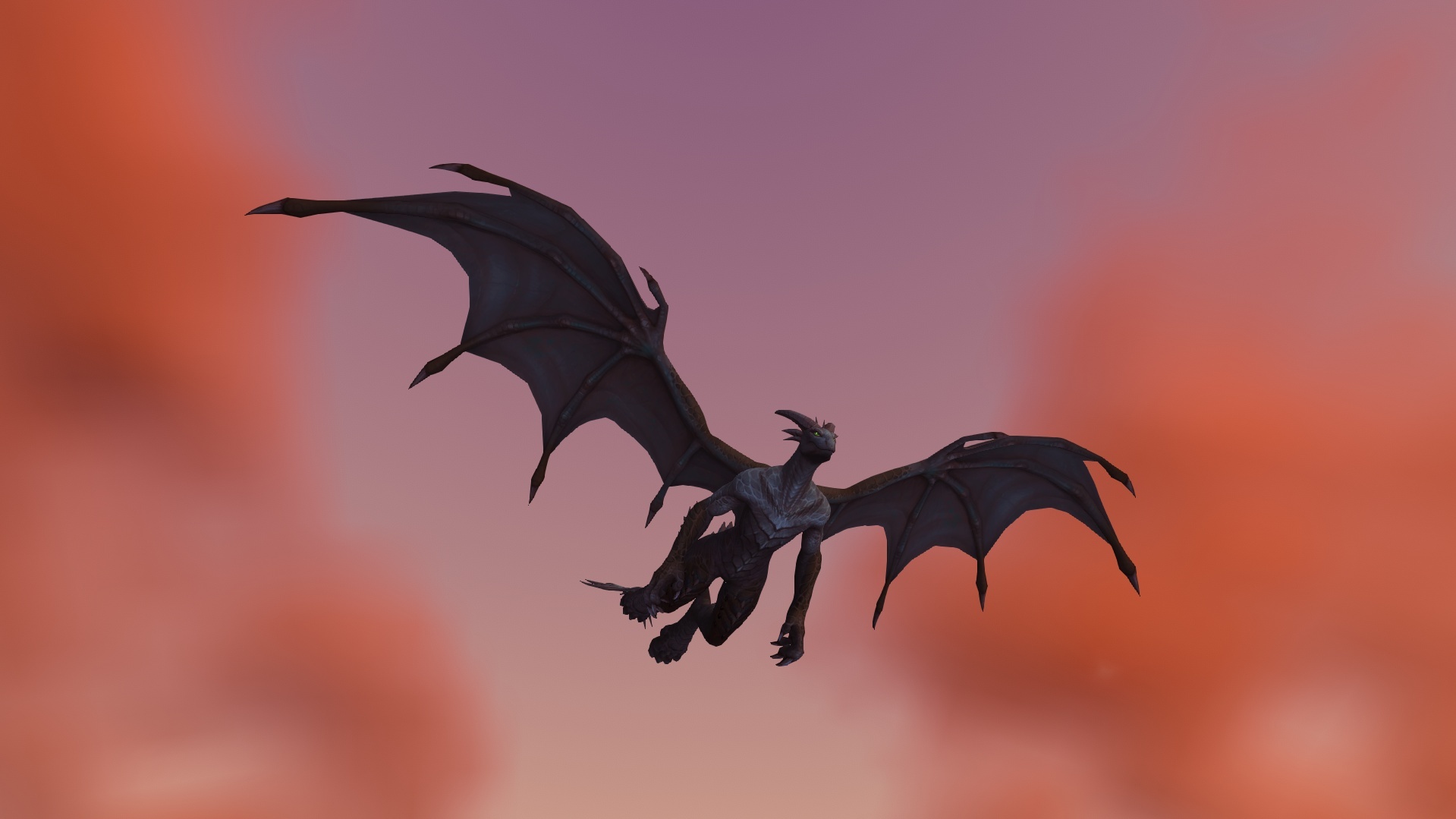 Dracthyr Soar Racial Maximum Speed Nerfed by About 30% in Next Dragonflight...

Blizzard has announced that the Dracthyr Soar ability's maximum speed will be nerfed by about 30% in the next Dragonflight Alpha build. This does not apply to the maximum speed for the Dragon Isles Drakes.

I mean is it fair evokers get fly with me a better version of Lifegrip ( leap of faith) in every way and then have the audacity to reduce the cd on life grip for priests? some things are not fair, while I will argue some things should be homogenized some and more so with every additional class they add to the game, some differences are nice and not all are fair.

I was reading, and as you mentioned FFXIV, I offer my little dubious eyeroll over the word salad they used. It’s the same as “Viera have a unique head shape.” Ffxivs servers are held together with duct tape and prayer, but they never admit that’s the cause to even half of the issues that creates.

It’s probably an issue with the speed and loading going on in the old world, but saying your engine is ancient and crumbling isn’t a good thing to say per PR. “It’s to curb advantage” sounds like an attempt to lean into appeasement more than anything.

This is true, no one is going to mention their product is flawed. But even then and at least only in my own opinion i’d rather have the honesty to tell me your engine sucks than lie to my face saying they think its unfair when all kinds of other classes and races have unique and unfair advantages over others. I mean my aoe silence was turned into a melee aoe purge because it was to strong of a racial in pvp. And that hasn’t stopped from people to wanting my racial nerfed even harder

Anyone else get sick of reading unrealistically dramatic posts? ThEYY HATEe THE PlAYERrS!