Let’s bring some life in to the forums that’s a bit different.

Their lore about the differences between the clans, the clan identities even going as far back as WC2. Such things are giving more character and depth to a fantasy world.

I also really like how the Orcs were changed, or rather used in a different way after WC 1 and 2 and became a lot more compelling and complex.

They kill alot of alliance people. Can’t wait for the next war when we wipe out the rest of the alliance for good and burn their cities and kill their leaders. Death to the alliance. Always. No mercy.

I think my favourite tidbit of Orc lore is the Mak’rogahn,or Duel of Wills. It’s a less brutal way to settle a dispute for Orcs but it’s never really been shown in game. It essentially works the same way as a Mak’gora but instead of to the death, it goes on until there’s a clear victor in the fight. If the loser yields, they get banished from the clan, but if they refuse to yield and want to keep fighting, both they and the winner are honored.

It’s a very Orc way of settling disputes without actual murder. And they even get a little party out of it if all goes well.

Thrall hurt Archimonde with lightning and then disappeared. 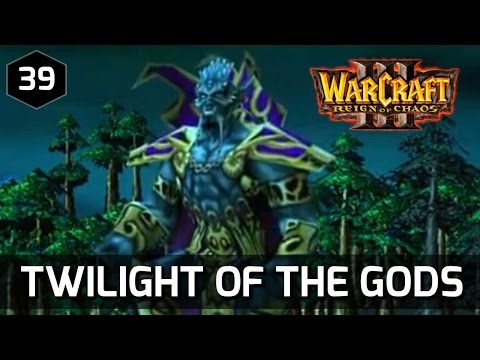 That was the moment I became a Thrall fan… which lasted all the way until cata.

The orcs were racial descendants of Grond, a mountain-sized elemental giant crafted by the titan Aggramar to maintain balance on Draenor in its primordial days.

I do like the diversity of orc clans. My favorite is probably Bleeding Hallow. But there is also something especially 80s metal about Thunderlords. Building a city in the corpse of a slain Giant almost sounds a Lyric from a Dio song.

I like the addition of the Pale Orcs, and their use of the Void.

I like their choice of mounts ,particularly Worgs and Wyverns. They’re useful for transport and in battle, a very Orcy choice. Plus they look cool.

I was never much of an Orc fan. I have no interest in playing one, and they aren’t particularly interesting to me as a whole. But there are a couple who are pretty awesome. I think it has more to do with my love for the Rogue Class.

Garona has an interesting and mysterious back story and it is quite dark. She is tough as nails. And she is a survivor. Seeing her in BfA was one of the highlights of that expac, for me.

People complained about her rude attitude, but I thought it fit her Character.

Then we have Draka. I never gave her much thought, until her cartoon came out. That really won me over. I was stoked to see aRogue in action (well… ignoring their appearance as jabronies against Saurfang and Thrall in Nagrand).

Draka isn’t as much of a survivor as Garona. But she seems more… sweet. Of course, they would give Thrall’s mother a benevolent spirit, even as Warrior/Rogue Baroness of the Undying Army.

Garona and Draka are my favorite Orcs. Maybe I just have a soft spot for female Orc rogues.

I really like High Warlord Cromush, he is my favourite orc.

I simply love clicking on the peons until they say “Me not that kind of orc!”

Fact: noone has hurt orcs more than Blizzard and its twitter community.