Not adding RDF is the biggest mistake!

in the dev interview Kris Zierhut says “Right now, the plan is to not put it into the game.” 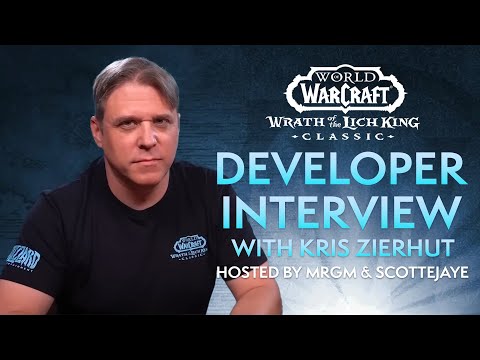 i don’t think he said they are never adding it to the game though, and “right now” is open for interpretation, but probably means they could add it later possibly depending on feedback

because they would like a different experience than you

you already experience crossrealm in classic.

if you want to debate more on RDF i’d suggest carrying the discussion on this thread here :

RDF - To the Devs, Lead Design, and the "but muh social experience crowd"

True. Many people were disappointed in this decision because you no longer know the players you will face. Thus degrading the community.

you already experience crossrealm in classic.

I don’t PvP, where else would I be subjected to xrealm? The fact that it exists and is known in that area to degrade the community proves my point.

This is what every clown that wants to push identity politics or be an edge lord says. You have shown your cards. No lfg ensures decent people can decide if they want people like you in their group.

on really? are you telling lie or trolling?, let me tell you that my best 2freinds from wow, i met them in 2010 through the “random dungeon finder” we wasn’t on same server and as we talked in the dungeon > we added each other on battle net so we can run dungeons again & later on when better Feature was added we started to play more often together since they could’ve invited me anytime and i would do the same for bg’s / arena / old things and we wasn’t on same server ><

also i would want to add that on one of my alts i had a small guild and i’ve recruited Some player From the people I’ve found inside dungeons through RDF, i liked the way they play and offered them a spot > Free transfer ‘paid by me’ so please stop with the crap about xrealm degrade social experience, nice try though, try harder with your fake claims.

and i never got silenced or suspended, why would i? i’m just telling facts & truth.

why do you think not finding a group for Maraudon in week 2 of Wrath is a good argument for RDF?

We remain hopeful that our recent anti-boosting changes, especially on Fresh Start realms, will invigorate the lower-level dungeons around launch.

Are you ready?
" Dungeon finder is one of those features in Retail WoW, which makes finding groups to do dungeons incredibly quick and easy. However, it is often cited as something which helped erode the sense of community of players because we weren’t organically finding groups ourselves and seeing the same names over and over, which helps to build new friends and community ties. Birmingham pointed out that right from the beginning of Classic, they said if they ever get back to Wrath, they wouldn’t put dungeon finder back in.

However, there has been a lot of desire for it expressed in the community, forcing the team to reevaluate their stance. He went on to say, “the biggest argument we hear against it is ‘if you don’t like it, don’t use it,’ but it doesn’t really work that way. Once it’s available in an ecosystem, it tends to leach players away because it’s so convenient.” This is true; we saw that playout with WoW the first time. As soon as we could automatically queue for things, the number of players looking to make groups other ways crashed. Even when it was just trying to find one more person, it’s easier to throw your group in the queue than use different methods to find people. So automatic dungeon finder is something you either need to do and know it will change how the community functions or you can’t have it in the game. There’s no real compromise possible with it."
The takeaway being that it was in Sept and they said the feedback has forced them to re-evaluate the position, and no real compromise will work, you will notice there was no definitive YES or NO.
World of Warcraft: Wrath of the Lich King Developer Interview | MMORPG.com

I haven’t found it yet, but I know I saw it because that’s what made me decide to come back to wrath lol, I will find it!

No, what they actually said is they wont add it on release

“Right now, the plan is to not put it into the game.”

You are either being intentionally obtuse or just ignorant on the topic, but you are using unsubstantiated antidotal examples as proof. You should be embarrassed.

People don’t get banned or silenced for opinions, those things happen because you violate the TOS. Looking at your post history I believe you are liar and have been disciplined in the past. I have no way or desire to prove this just fyi.

Regardless, I am satisfied I have made my points succinctly. At this point you are just continuing your tantrum. I would suggest either coming to terms with what Wrath is or find something that you enjoy. Spending your life raging is just sad. Cheers!

Here is the problem with the old dungeons, there are not going to be that many people leveling from 1 when they are SELLING LEVEL 70 BOOSTS. Plus, the LFG chat is going to be filled with Wrath related spam. To put a group together for these dungeons you need to start /who’ing people, something I have done in the past, but how many of you who think RDF should be in the game are willing to put in the effort into making a rag tag group for Maraudon by contacting different people? And you might not find 4 other people interested in going all the way to Desolace when leveling is so fast, they can just keep questing to get to Outland faster. Wrath is where it’s at, if you lost the vanilla train, well, sorry about that but there’s nothing anyone can do to help you. This isn’t 2008, new people aren’t subscribing all the time, Classic numbers are pre-set. Plus there is a LEVEL 70 BOOST that people are using to skip playing 1-70.

Did you not see this bit?
“i don’t think he said they are never adding it to the game though, and “right now” is open for interpretation, but probably means they could add it later possibly depending on feedback”
And thank Ogre, I knew I saw it somewhere.

the reason given was RDF.

And where is the source given to this claim?

Look at the patch notes from early Cata when Blizz nerfed heroic dungeons, the reason given was RDF.

i’m curious, how the hell looking at my post history made you believe that? and look who’s trash talking me now, hmm…because you simply doesn’t want to believe the facts i said, neither you are able to do a little search to find out that cross-realm is in-fact a promotion to social aspects since it allow a better options with much more people no matter where you are, you’re whole point is invalid and have no evidence except that you think that RDF is killing your bla bla bla social life in wow & for that i said you really need help since you’re clueless about what does the term “social” mean and again i’m not raging lol stop getting nerves and talking non-sense, if you can’t handle a discussion then that’s your fault in the first place but i don’t blame you because i know that you don’t even know how to socialize with anyone therefore you believe that the random dungeon finder will effect your social life in wow, get a life

they could add it later possibly depending on feedback

They will not add it unless they lose $$$. They aren’t so they won’t.

I knew I saw it somewhere.

You said it qualified that they are not putting it in at release. You never provided anything that added that qualification because it doesn’t exist.

They responded emphatically on Aug 8 after months of discussion. It’s in writing. It’s in voice. I can’t stop people from selectively listening but that’s okay! The game is awesome and they won’t change it. It doesn’t impact me if you guys don’t accept it.

I do love though how you totally ignore my post with the groups looking right now on my realm which BTW is peak hour.
And I am still listed with nothing, how long has it been now?
LFD cross realm WILL fix that issue.

“theres that risk of adding the dungeon finder at launch”

There is also a hint that it is eventually coming in that same video too.

Sigh I am habing dinner so I am not going to find it right now to appease you, but I will, because I know its out there.

rom selectively listening but that’s okay! The game is awesome and they won’t change it. It doesn’t impact me if you guys don’t accept it.

And you didnt read the piece I posted that was later in September that said the feedback has forced them to reconsider and that no decision has been made either way, stop being stubborn.
The FEEDBACK has made them re-consider…let that sink in

Go use it on retail. Still there! It’s not going to be in this game and that’s a good thing. Blizzard can’t make people play content they don’t want to play. RDF is terrible for the game and they agree.

I’ve just linked the video, especially from the timeframe of where LFD and LFG was talked about.