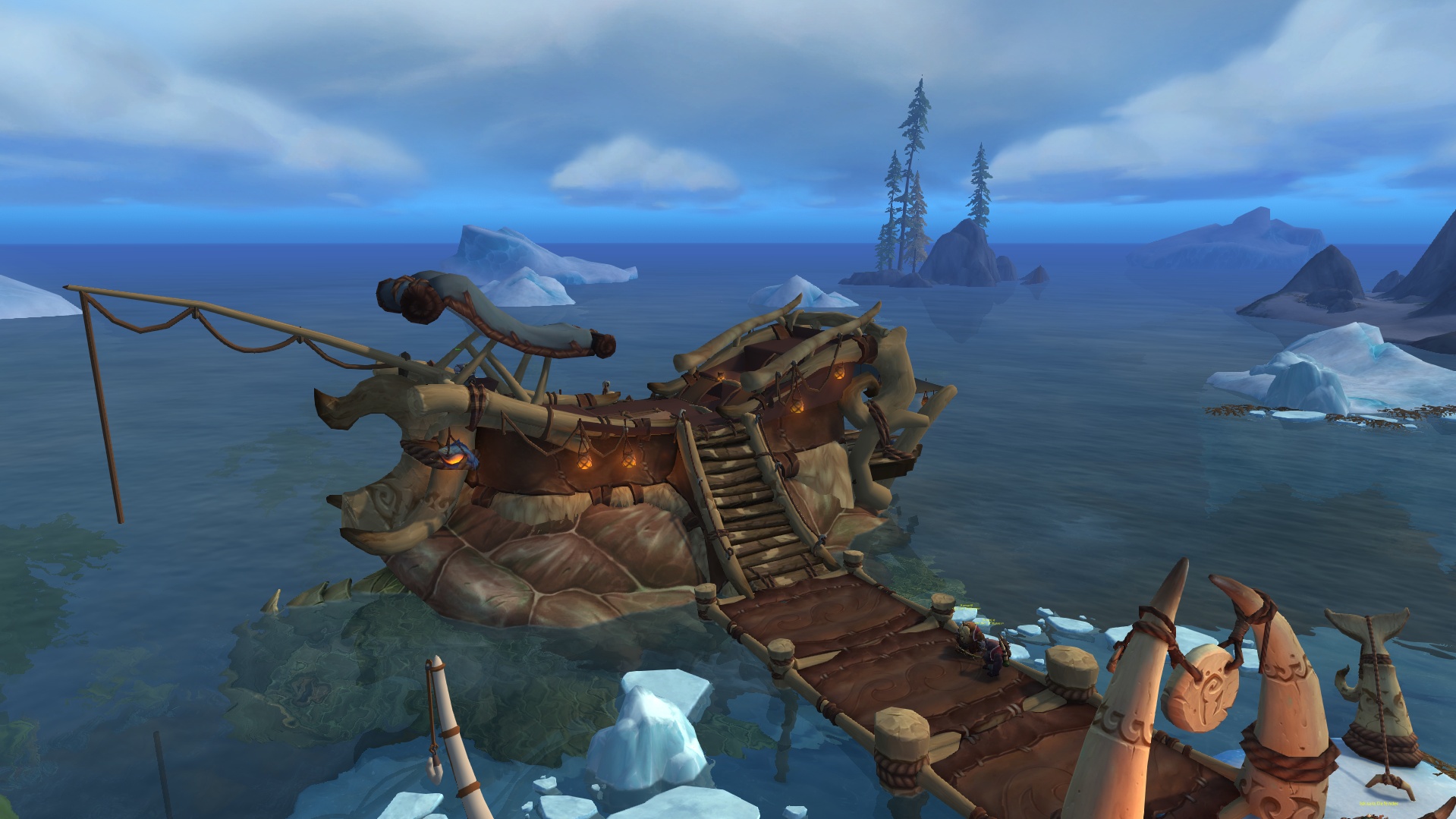 Blizzard has posted updates for the Rogue class and spec trees which includes many new connections and pathing choices based on community feedback!

With the change to SD, what do you think overall? I am hoping sub will have damage actually put back into skills, instead of only having damage during dance. Do you think SD will still be a solid choice for the other specs?

The pathing is an improvement for sure for all 3 specs, but still lacks imo.

I am sad to see the ambush anima charged talent for outlaw go, but I suppose it makes sense with the changes to ER in the class tree.

I was about to start up a thread too.

I’ve been Subtlety since the beginning and i’ll never change. I was incredibly frustrated when I came back into legion after a mid Pandaria break to find all rogue stuff was gone.

Pre-note: I am very happy damage is removed from dance and the damage is put back into abilities. We shouldn’t feel effective only during dance and that’s crap. You take any class and they would be upset if they only were effective in 8 second windows. I never digged what I returned to and I never will agree with any class being pushed in that direction. Shadow Dance is a tool to do some damage and should be your oh heck yeah time, not your ONLY time to do anything.

-I’d much rather shadow blades go away as well so that way CS can go back to 2 combo points and backstab / gloom could hit harder instead of doing less than a screeching bird humping your hair while a bm hunter spams 9k barbed shots into you with little thought.

-I love the pathing and now you def have a lot of choices to go down based on your style in mind. I wasn’t crazy about the Recupe switch but we adapt with it fellow rogues. The other pathing such as getting to 1 min cd sprint from blackjack or from our improved vial talent is nice (example).
I’m really happy with this iteration as it truly does give a lot of customization.
The super charged nonsense needs to jet as it will always come down to “well you have X ability” instead of buffing finishers.

-Note: Dark Shadow still exists in the tree so people can still choose to get that as an additional effect of dance but bottom line - backstabs and eviscerates shouldn’t be dog crap when you’re waiting on your only way to do damage. There are also other talents to increase damage during dance as well as stuff like night stalker existing, so we didn’t “lose anything” before people start rampaging over nothing.

I’m a simple man,
I just want 1 dance as a tool to accomplish goals when it’s time to put the funk to people how it used to be and for sustainable damage that can still be decent through backstab / gloomblade and rupture like the old days. There is zero reason for things to turn out the way they have over the past few years due to “cLaSs fAntAsY”.

–Sanguinary Vein should have never left and that’s it. –
It’s not like combat or Assassination are sitting in the same pool where ONLY during
Shiv or ONLY during Between the Eyes can you do any damage at all.

Pre-note: I am very happy damage is removed from dance and the damage is put back into abilities.

This has me the most excited to be honest. I was not a fan of sub when legion hit.

I am curious if this is going to be modified at all.

It definitely will be, people will spread their propaganda either way but it will prob end up giving a 10% or something down from the additional 20%.

Legion Subtlety changed us for no reason other than whatever nonsense someone cooked up. I don’t give a flying phantom of what needs to go down but untying the damage out of dance is finally happening.

Sounds to me like you should be playing sin instead bro. Dance is a signature ability to sub and what makes them stand out compared to the other two specs, fact is outside of dance we hit like a wet noddle that’s why perf veins was suppose to make BS feel better when outside of our dance window but instead only managed along side Akaari’s to have to hit it mid dance which feels bad. With that said our pure objective as exp goes forward is to gear and thus provide higher uptime into SD like “Meta” for DH.

Now if you have played sub from the beginning im assuming of this exp you should be aware of the fact that they are mech designed around their burst windows which include Symbols along side Blades for that purpose. Technically speaking the outside SD form is not meant for dmg yet crowed control because keep in mind sub are also heavily attuned to PVP’ers. Using their on demand burst to quickly force other into their CD’s and then vanish and come back for the kill which also makes them very strategic class to play.

At this moment with the class being design, taking Dance away or reducing it to a single charge would be like a fish on dry land.

Assass and combat can get dance now too which I don’t care if they do nor not. Same time only doing damage during dance is lame man.

They could literally make us wrath style and that’s cool with me. Perf Veins + Lingering Shadow are still temp buffs and help until our next dance window.

We were strategic then and strategic now, there’s not an argument for that. Currently on ptr dance can be back 10-15 sec before symbols so that doesn’t hold up.
Ghostly strike + Shiv do the exact same deal as far as adding damage to a target.

My whole point is you shouldn’t be garbage outside of dance just like the old days.

Changes look good at first glance. Would still like to see Tea replaced with a fixed DFA (maybe change it so we teleport into the air then strike target, so there’s less anim lock. Think Nightcrawler from X-Men) or some version of Fangs.

That said, mastery Tea could maybe see some use in pvp paired with Flag for some chonky Eviscerates.

As for whether the Dance changes will mean more non-Dance damage, that really depends on where they move the damage to. They could very well shift most of it into shadowstrike buffs or something,

Sub’s had no play in Wrath. Unless you wanted to mess around with sub in open world. Other wise outside of the 5 point investment you did in the sub tree for “Relentless Strike”. Everyone went pure combat “Killing Spree” was just OP for PVE as well as PVP.

Agreed those were tough times, same time still not sold on being tied into dance and that’s just it and never have been.

Assass as an example gets increased poison damage and bleed damage added to ambushes which can also be talented into blind side while also gaining dance (optional as well). Combat has the same deal going on really.

Give us wicked backstabs even further to close the gap (which is being addressed kinda in our tree).

Honestly means both Sin/Outlaw are getting a lil taste of sub. I say give sub rogue’s bones.

At this moment with the class being design, taking Dance away or reducing it to a single charge would be like a fish on dry land.

As Umberen I also just want to have old playstyle back. Hit hard enough with combo builder (again with both sword or fists like 'til WoD) and hit super hard with fat Evis, or gain other combo spenders quicker or more powerful than other specs.

Imagine suddenly as Sin you loose your Mutilate because somone above decided is not fitting Sin fantasy anymore and instead you have only backstab. What a flying banshee crop it would be.
Well, suddenly somone took away my favourite combo builder, iconic for my spec.

What is puzzeling for you?

Apologies I should have clarified, was late.

I meant the analogy with Sin’s mutilate, currently Sub has been like this for a long time, and there’s so many good changes (we have cleave~)

While I understand part of your sentiment, moving away from sub daggers is not something I feel most would want

Loving the changes for assassination, and the class tree. Never been a sub fan, but was kinda hoping it would get different changes and be more appealing to try.

While I understand part of your sentiment, moving away from sub daggers is not something I feel most would want

Well, I don’t mean deleting daggers build, but regain the one with 1-handed weapon in mh - so we can choose from different ones.

Keep in mind some lack of cosequence from the devs here as well. A build with a dagger in mh and 1-hand weapon in offh is still possible, and unique, as Sub, it is historical too, but have no freaking sense as a part of Sub fantasy devs move to since Legion. I also never haven’t read at both forums somone would consider wierd having still one-handed weapon in offhand as Sub. Somewhat strange, don’t you think? A sword/axe/mace/fist weapon on the left/off hand in spec focused on daggers from years know.
Why devs just move to only daggers or move to allow us to choose again which weapon we want to use in both of our hands?

Btw, that fact crashes an argument that devs wouldn’t give us back 1-h weapon in mh because it would look bad on attack animation, while still allowing big or very big weapon in off hand.

regain the one with 1-handed weapon in mh - so we can choose from different ones.

You can use a sword/axe/mace im pretty sure in your off-hand as sub. I use an axe on mine so i get mastery in both main/offhands in pvp

edit: ah, saw rest of the response. I’d have to agree they should let us choose both. really doesnt make sense to force dagger in MH and not care about what goes in the other lol