I can respect how smart he is, but I disagree with his purchase of Twitter (and many of decisions he’s made) and have very little respect for who he is as an individual.

He’s talked about playing games like the original Deus Ex, which isn’t the sort of game a “how do you do, fellow gamers” type of pandering normie would namedrop

A lot of famous people in tech play or have played WoW in the past. Vitalik Buterin claims he was inspired to work on Ethereum because he was mad that Blizzard nerfed his warlock build in TBC or WotLK or something like that. (He was probably being facetious but idk, cryptocurrencies are evil so it makes sense someone that petty would work on that sort of technology)

He mentioned in an interview that he and / or his kids play Hearthstone and Overwatch, and commended Blizzard. 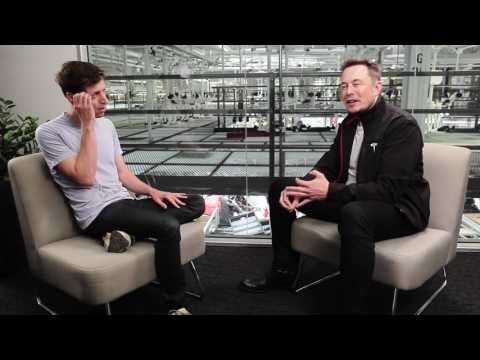 If so I wonder what class he does or would play, what faction and race?

I mean the man is a living legend and a genius in my opinion, I’m sure he plays a game or two here and there.

It’d be difficult to tell. There’s so many sociopathic drama queens playing, he could easily hide amongst them.

Why is Elon treated as if he’s not part of the beast system?

Personally, I like New World. I’m level 52, 60 here I come, on a server that I dont remember the name of.

He would buy a bunch of copper then use his clout to say “copper to the moon!” to manipulate the market because he knows all these idiots that idolize him will rush to buy copper. He’ll then sell his copper at a mark up and profit considerably before talking crap about copper to bring the price back down.

It’s what he does.

And an Elon Musk thing.

George Soros is The OG currency manipulator. Musk is new to the game.

He’s probably too busy to play video games very much.

I think that name is the name we all as humans can actually agree to despise in unison.

rich kids grow up thinking that money fixes all obstacles.

If he did you’d know about it because the man is an attention wh@#$.

Yep another completely legitimate universally disliked person from both sides of the aisle,

Perhaps this is how we can all put our differences behind us by agreeing on the people we can all dislike like for the right reasons.

I do.
Its all about humanity.