Hunters can now tame dragons and undead. Again, warlocks, the other pet class get...?

Warlocks get nothing. They don’t tame demons.

Its not Sunday yet. We are highest DPS in game and some animal crossing player is complaining about pets,go play mario. It is basic logic to see difference between A HUNtER, and a warlock, just please analyze those words I hope you can at least do that.

Also, Blizzard, while you’re at it, let hunters tame slimes.

This is the truly the most important thing.

The warlock class hall is literally filled with demons of all stripes that have pledged loyalty to me (us). How does it not make sense to bring one along with me when I do stuff? Really dumb that we’re so limited.

We slave the eredar sister in the chain quest, we could use them at least -_-

Actually we tame Felhunters, and enslave the other demons.

Its not Sunday yet. We are highest DPS in game and some animal crossing player is complaining about pets,go play mario. It is basic logic to see difference between A HUNtER, and a warlock, just please analyze those words I hope you can at least do that.

Don’t be bitter, be better.

How does it not make sense to bring one along with me when I do stuff? Really dumb that we’re so limited.

All the talking Cloud serpents are either outright stated or heavily implied to be wild gods.

And there’s never been a dragon shown to be non-sapient.

You do neither. You summon demons you’ve made pacts with. You cannot rename them. You cannot abandon them.

You summon demons you’ve made pacts with. You cannot rename them

Because all our demons are pre-existing entities we’ve obtained through subjugating or making deals in order to obtain their true name.

Here’s a detailed post explaining why you are horribly wrong with cited references! Xoxo

Give Warlocks Demons Stables, You COWARDS

A copy of the Hunter Tame/Stable system, where either within the Dreadscar Rift (Class Order Hall, would breathe life into past content) and/or next to the Warlock Trainer in every major city, there would be a “ Grimoire ” that functions like the Warlock stables.

Enslave Demon becomes like Tame Beast. Enslave Demon simply is never used. Literally never used. Only time it has been used in recent memory was as a gimmick within the Class Order Hall (where we didn’t actually enslave the mob, we just cast the ability and was auto-controlled into releasing us) and the Warlock Green Fire Questline (the Pitlord, which nowadays is irrelevant given gear level and the “of the Black Harvest” title no longer exists) and one of the adds in the Arcway dungeon during Legion. One of the times it was useful was to banish one of the mini-bosses in Hellfire Citadel, but then that was nerfed.

Every time you enslave a demon it gets assigned a name you cannot change without dismissing that demon or enslaving the same mob again, following the same way all our default demons have assigned named and we have to pay to replace them. The only demons we could not “release” would be our default demons, maybe, I don’t know.

This would follow the logic that all demons are actually pre-existing beings. Our Wrathguard is an Eredar; he lived on Argus and had a family. They each have a “True Name”.

And canonically, knowing a demon’s true name gives you power over that demon: 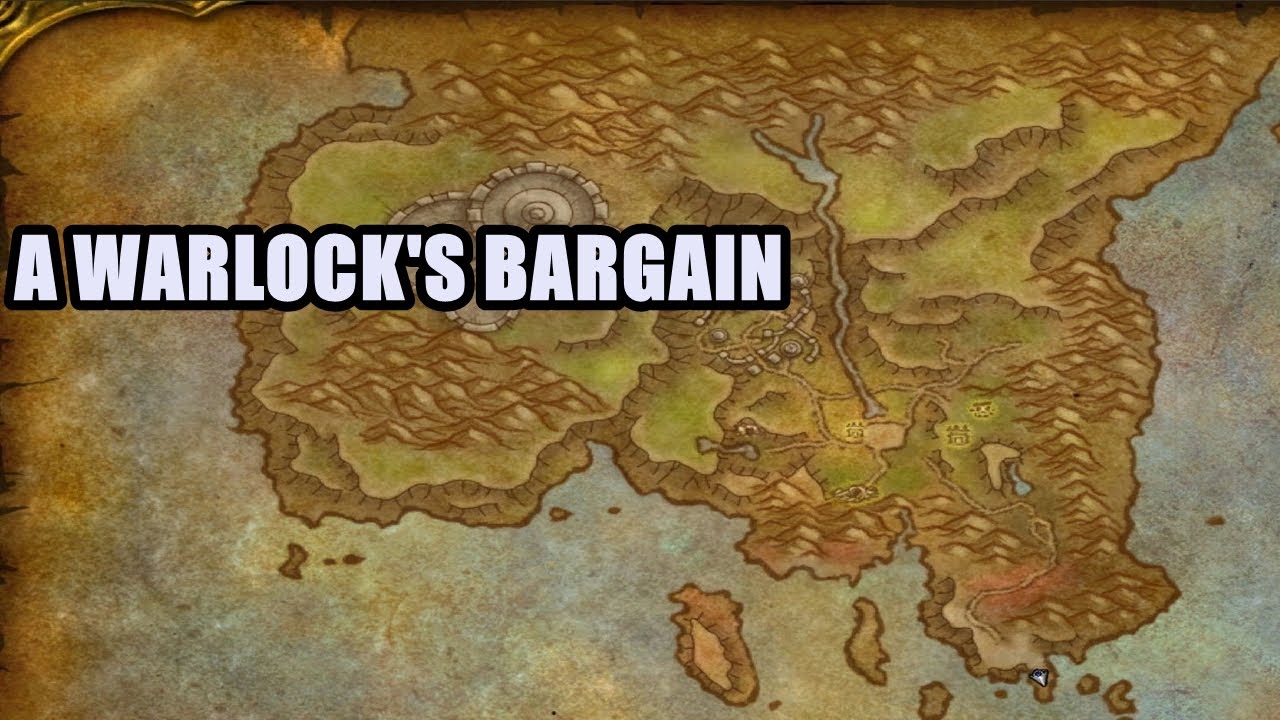 Infact, within the lore and earlier versions of WoW, grimoires were within the Warlock fantasy, whether was quest items where we enslave demons to learn them, or to empower some talents/spells:

Within the narrative, the only thing that prevents a warlock from enslaving a demon is our power. In Legion, we enslaved the Eredar Twins via a Bloodstone (which canonically is a fragment of Old God power), in the Legacy of the Masters questline (Green Fire quest), we enslave a Pit Lord when fighting Kanrethad at the end scenario, and to begin with as it stands we already enslaved an imp, a succubus, a mo’arg (Felguard), eredar (Prince Malchezaar, Demonic Tyrant, Wrathguard), a darkglare, an observer, a shivarra, a fel imp, a voidwalker, a voidlord (separate from the Void Lords that in canon cannot manifest in reality), a felhunter, an infernal, and an abyssal, and a variety of other demons through the Demonology Talent Demonic Portal (including Ur’zuls, and Felbats, and more)

Furthermore we are now the Netherlord of Dreadscar Rift, First of the Black Harvest, with a small demonic army at our disposal.

In the case of Demonology, the way the spec could be “unique” with regards to this hypothetical system is while Affliction and Destruction can enslave Common demons and aberrations, Demonology as a spec can enslave Elite/Named Elite demons and aberrations. Perhaps with a singular Destruction exception of their being able to Enslave/Tame Elite Demons for the Infernal CD, and Affliction being able to Enslave/Tame Elite Demons (or Aberrations?) for their Darkglare CD. But Demonology could enslave Elites for whatever demon slot

Warlocks and Death Knights need some sort of stable function.

The thing is, in WoW dragons are sapient creatures. While Cloud serpents are just animals who happen to look like dragons.

It’s the difference between keeping a monkey as a pet and keeping a human as a slave.

i get your logic, but proto-drakes are similar to cloud serpents in that regard so idk

i get your logic, but proto-drakes are similar to cloud serpents in that regard so idk

And they should also be tamable, along with Draenor Fey dragons.

Envy is a deadly sin.

You would think there would be more options and player agency for Warlocks players.

How do you think us Unholy feel… I want to control an undead raptor that I can DT into a giant T.rex abomination

and we support you