How I know blizzard doesn't care about TBCC

In Escape from Durnhold, there is a pair of mobs that one of them evade bugs, you know the one they are sleeping in the room right before you talk to Thrall.
The one that everyone comments on, the one where you have to jump on top of the bed to hit. It has been like that since the Beta test of TBCC.

This is a quality assurance issue, it is a quick pathing bug fix. But they refuse to fix it. Can you skip them, yes, is this a major issue? No, not at all, but it is a fast fix that would take very little effort to fix. Blizzard has not done it.

Now it is in Kara with the 2 guys that everyone kills to do the statue skip on the way to Maiden and in other places as well such as the pack on the bridge before Leotheras the Blind.

I get it blizzard this is an after thought and you put very little effort into with a small staff of people, but wow, how can you allow bugs like this to continue for so long without diverting some staff from the retail staff to fix the game that is keeping world of warcraft afloat?

This is a quality assurance issue, it is a quick pathing bug fix

I always find it interesting when people who have never worked with WoW code, much less WoW TBCC code, which has been notoriously difficult to work with because it’s an amalgamation of different patches, claim that a bug would be easy to fix.

notoriously difficult to work with

Private servers handle it all the time if a small staff of unpaid volunteers can handle it, I am sure Blizzard can also. Blizzard does it all the time also, across all their games, pretending like a pathing issue is a hard fix is absurd.

This is a quality assurance issue

You are their quality assurance. They haven’t paid for testers for years.

Blizzard does it all the time also, across all their games, pretending like a pathing issue is a hard fix is absurd.

Ah, I see… so you’re not familiar with how coding works then.

Ah, I see… so you’re not familiar with how coding works then.

I understand a decent amount of how it works and how it effects other things but if you are going to sit there and pretend that having a single mob not evade bug in a dungeon is somehow difficult. You are not going to convince anyone other than the same exact clone of yourself that comments whenever someone says “hey fix this basic thing”.

I don’t care if they have to hack fix it and have it teleport to the floor. It is evading because it doesn’t have a path from the top of the bed to the ground. Give it a path or teleport it to the ground. I don’t care, no one cares, it is annoying and people like yourself pretending like it is hard, are annoying also.

Here is how to fix it, hire and pay some developers fair wages and actually get them to actually do the work. Instead of paying them in blizzard bucks, game time, and store mounts.

Yes, and I’ve played around with game engines.

This could easily be fixed.

Whether or not you know jack about coding doesn’t matter. If I order a steak medium rare and it comes to the table well done, I want it fixed. I want the steak I paid for and it doesn’t make a difference whether I’m a chef or not. The chef IS the chef and they are PAID to deliver.

Blizzard has fixed tons of evade bugs in the past. Tons. Apparently it was easy in the past, but now Blizzard shills are claiming it’s really, really hard. Even if it were, it wouldn’t take this long to fix. They just haven’t bothered.

Even if it’s hard, a company like Blizzard can and should be able to fix it. It’s their product

This is hilarious. Imagine simping for a multi BILLION dollar company. They can fix these issues. They have more than enough money, resources, and people intelligent enough to fix these issues. The only thing I’ll back anything up said here is that it’s not an easy fix, but it can and should be fixed. I remember playing back in the day and when issues would arise they’d immediately fix them. Technology wasn’t near as good back then as it is now. I agree 100% with @soada. We pay for a service and we all expect it to work ( I guess minus the small amount of people here claiming it’s impossible and don’t care about these bugs), but most of us do.

Whether or not you know jack about coding doesn’t matter. If I order a steak medium rare and it comes to the table well done, I want it fixed.

This analogy doesn’t really work though. Fixing a steak is A LOT easier than working with object-oriented programs in C++ A4 Regulator Valves.

object-oriented programs in C++ A4 Regulator Valves =/= Steaks. It’s a logical fallacy to compare the two.

I want the steak I paid for

This analogy doesn’t really work though. Fixing a steak is A LOT easier than working with object-oriented programs in C++ A4 Regulator Valves.

Don’t care. They used to fix evade bugs pretty quickly. If they can’t manage to do it now, they need to hire people who can. But you already know they CAN fix it, they just don’t bother.

You mean the agreement that states they can put out a game that’s a bunch of broken crap? Sure I have. Again, don’t care.

This is how your rationalize Blizzard sitting on their hands and not fixing stuff?? Because they say they don’t have to?

Customers: Can you fix any of these numerous bugs in your game?

You are their quality assurance.

I prefer The Crimson Permanent Assurance: 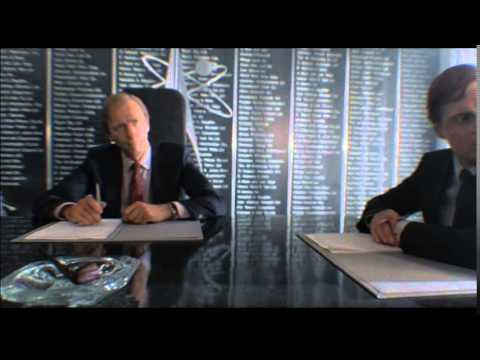 At this point I doubt the actual workers care about anything more than will I have a job tomorrow.

people dislike it for different reasons,
for me, with all the issues I have with it, I recently have come to the realization…this is just not a game for me,
it’s a great game, I enjoy it a lot, but it is genuinely exhausting, if I could spend hours a day on it and stay late night without having to worry about my health, family and work then all the issues I have with it would probably fade away…maybe it’s the same for many people who have already left. so basically, this game is symbolic and THE greatest mmorpg series ever made, it is, however, just not built for me, not anymore…I’m seriously considering quitting.

This is nonsense. Every where I go I see people wearing hats. Even I wear a hat most of the time. When I go to town I wear a baseball cap. When I go hiking I wear a wide brim hat to keep the sun off my head. Do you seriously think people aren’t wearing enough hats or are you just trolling.

Mobs … that are not currently doing anything cept keeping players in combat … very tricky.

… could just delete them

While you’re not wrong, this hard simping for Blizzard is gross lmao.

While I haven’t ran Durnholde since week 1, on only one character, two times (Bless up for getting BIS wrists first heroic run), they need to fix their game.

I get it. While we can easily quit, or just deal with it, or simp for daddy blizzard because they’re having a rough time with all the scandals, and disappointments, and lack of games, and stealing breast milk, and failing IPs, and whatever, or, you know the gaming company can fix their game.

Idk man just a crazy idea I had that the company fixes their product.

Idk man just a crazy idea I had that the company fixes their product.

They had it working during TBC in 2007/2008 and it currently works in retail. If only they had reference material.