Honor and Celebrate Your Elders during Lunar Festival! 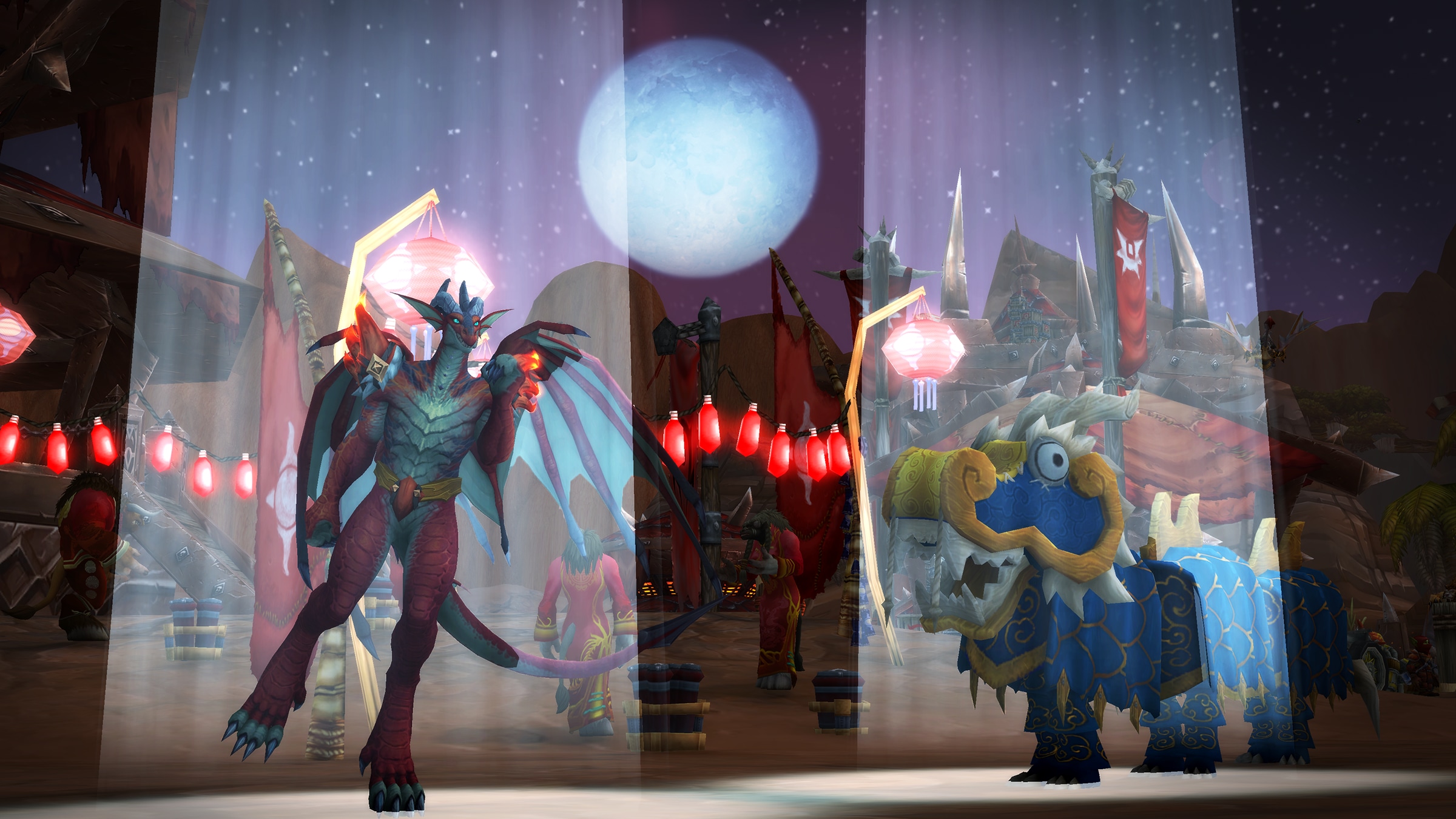 During the Lunar Festival, citizens of Azeroth can honor their elders with celebration and sharing in magnificent feasts and fireworks.

Get out there and Celebrate Chinese New Year!
(Now with 100% less China)

That alone is worth celebrating!

Can they give us the old Chinese-only WoW rewards, like the Golden and Silver pig pets?

Maybe as future Twitch TV drops, I can see it.

All the Angry Chinese Players… Oh Wait…
Oh, is it too soon?

Theyre on Illidan now. I haven’t had a pug from Illidan that didn’t type or link things that weren’t in moon runes.

Speaking of which, I really hope you don’t stop doing the Chinese New Year mounts, Blizz. Next year is the dragon and after that is a snek. I want a sweet snek mount gdi.

God. It’s terrible to read this and think, crap… I’m elder now… All my elders are gone. I hope I get nice presents. I could go for a new staff, or cool shoulder pads. The ones I have now are kinda lame.

I wonder if Blizzard employees who work on social media and game forums are drones to the company.

When i started playing wow, i was young, sexy and still sexy.

Except now im the elder and i want free stuff!

Except that some items are bugged. Lucky Red Envelope does not appear to contain Elder’s Moonstone. Not mailed. Not in reagent bag, not sent to bank. That’s two that I’ve supposedly received so far - nothing.

This event feels more like a mockery than a celebration now. Given recent events.

For those who are curious how to get the perma flower crowns you have to do the flower gathering quests in Moonglade.

Apparently the Lucky Red Envelopes or Elder’s Moonstone is no longer “one for each elder”; it’s either bugged or they changed the rewards. I just got the Elders of the Dragon Isles achievement and while I received Lucky Red Envelopes from at least 7/8 of the elders according to my chat screen, I only received 2 Elder’s Moonstones. Not mailed, not in bags, not in bank.

I never understood why its “chinese” new year like other nations in south pacific celebrate the lunar new year.
Dub it japanese new year and keep going with pets/mounts?

Well, it’s lunar new year, which to be fair is kind of generic… but then it’s also got uniquely Chinese items and features.

Like the animals and elemental references in the mounts, and the lucky red envelopes of money which are very Chinese, though to be fair it also carries over to other lunar celebrations.

Notably, Japan doesn’t officially celebrate Lunar New Year, It’s still celebrated by some of course, but it’s been on the decline since they accepted the gregorian calendar.