It doesn’t matter how elegant your VMs are set up. If normies see what they believe to be input broadcasting they’re going to report you. Have fun trying to ruleslawyer your account appeal, pleading that no no no it was just a bunch of keyboards all connected with tiny pieces of wood and NO software was involved and this means I should not be actioned.

Man why are folks reading more into Blizzard’s statements? They banned the software because it could be abused for botting. They did not ban multiboxing.

People have misconstrued their statement as such and it’s getting old having to explain that. lol

Blizzard can detect the software. My guess is they would investigate the report. Monitor the player in game, detect no software and move on.

They banned the software because it could be abused for botting.

If you fly around, you will still see Druids AFK farming high spawn rate mobs. Not much has changed for now.

You can’t really bot in the same way with hardware as you can with software. Multibox? Absolutely–but botting and multiboxing aren’t the same thing. Botting requires little or no user input at all (while multiboxing requires someone to control it.)

That being said… Blizzard specifically stated they had an issue with botting not multiboxing.

If they have an issue with it they’ll ban the practice altogether. Time will tell though.

Yea I saw the video too. Yes it work but given the motivation for the existing changes I don’t think they’ll allow a hardware chip to do the same thing either.

Have fun trying to ruleslawyer your account appeal, pleading that no no no it was just a bunch of keyboards all connected with tiny pieces of wood and NO software was involved and this means I should not be actioned.

People will not have to “attempt to ruleslawyer their way out” of anything. You (based on the above statement) and many others seem to believe that the devs are actual technological luddites who craft the game by beating code into old trs80’s that is then interpreted by acolytes of the way and updated into the game. As opposed to, as a group, being a group of high end technophiles who who undoubtedly have a very wide understanding of the various way this could be done with hardware instead of software. If they had wanted to ban all multiboxing they could and would have done so.

Reports will be made, warden reports will be reviewed, game logs may be generated about individuals, and people violating the actual rules i.e. “Key broadcasting software is not allowed” will be actioned.

If no such software is being used then Blizzard will file those reports in the “players was annoyed by another player but actual evidence of TOS violation could not be found so nothing was done” folder. That folder, I imagine, is kept so that when the newest shenanigans in hiding such software are found they can be processed for signs of that.

And yes such shenanigans are already being worked on, have no doubts.

and you mispaced an apostrophe. I guess we’ll see what happens. Carry on with the cope, absolutely nothing will change. We’ll still see swarms of druids flying about herbing come Shadowlands Pathfinder.

It doesn’t matter how elegant your VMs are set up

Twitch is the world's leading video platform and community for gamers. 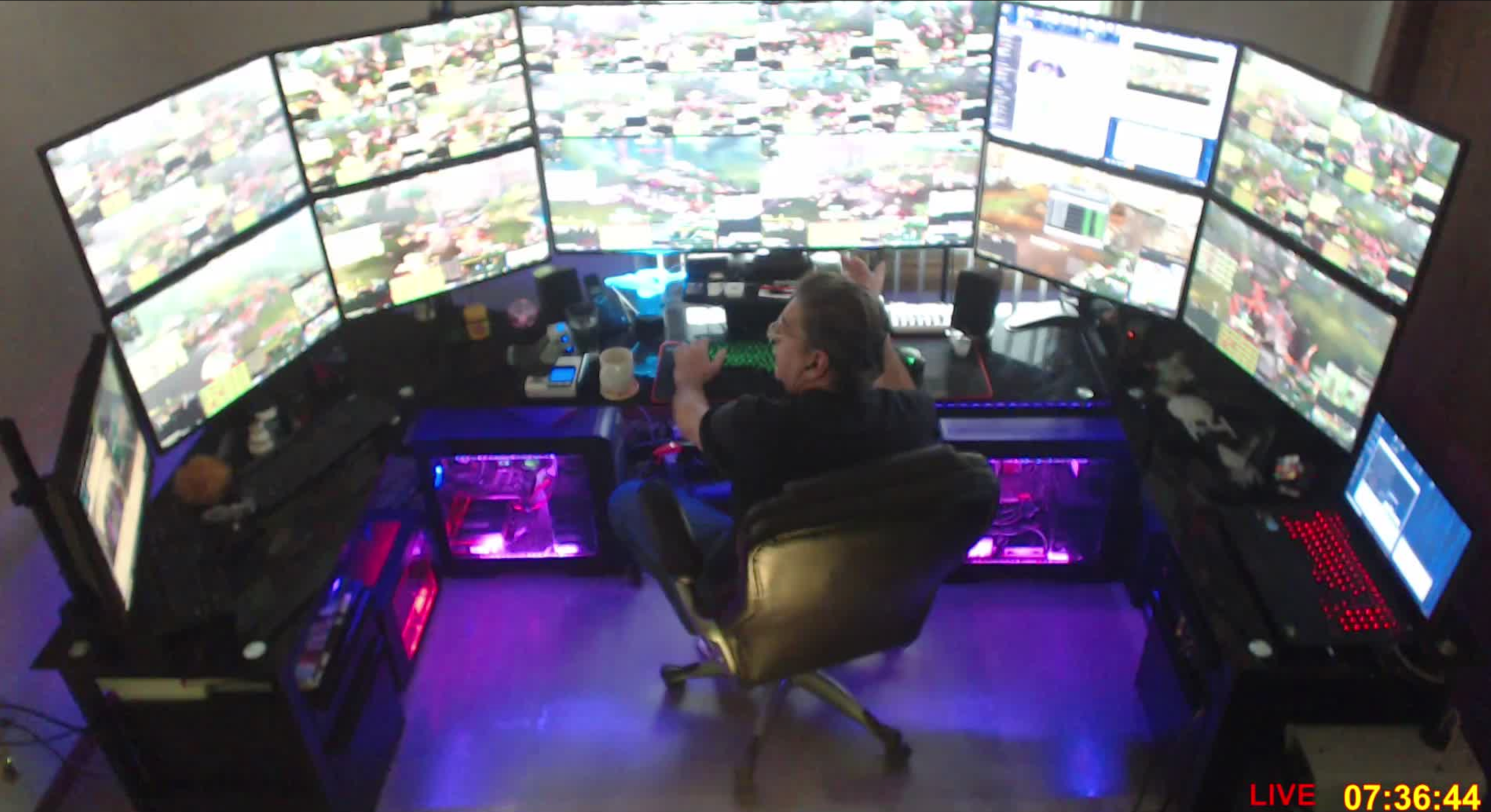 (still hardware multiboxing as of today)

these threads get old…

OP they will look for port traffic for the broadcast. This does not rely on armies of reporters dropping dimes. That is not effective. YOU see…how would you report an 5 man raid spam crew if you aren’t in their instance?

Also it does not help in the claim saying they all acted as 1…they are broadcasting. They could be 5 players on voice comms who play well. I am guessing this is a rare thing in wow to see?

I came from eve. Just a mere second or 2 passed as my covert cyno scout popped cyno. I tell my merry ban of recon/bomber ninjyas bridge is up (I ran the black ops BS to run portal)…jump!

and in just a few seconds a whole bunch of pain jumped several systems to make some target die a fiery death.

They will look at port use between clients. This is how they find people hiding their setup. and how they don’t flag a pvp guild of 10 people because they can play well and follow directions in comms well too.

and how they don’t flag a pvp guild of 10 people because they can play well and follow directions in comms well too.

Also those 20 hounds + nemeses + purifiers all log on at different times in different stations and fleet up at different times. that’s very different from n boomkins who log on within 30s of each other and all follow the same path and spell rotation. again and again, day after day. doesn’t matter if the input tx is hardware or software. and even if you host each account on a geographically different vm you’d have a hard time convincing account appeals that no software was used to broadcast input.

To the folks who can’t read the writing on the wall: go ahead, risk your account. Yes, not all multiboxers exploited their advantage and now we see the allegedly noble / harmless ones speak up. but don’t expect anyone who was 5x eyebeamed or 5x moonfired to wonder and pause before reporting what according to their honest estimation is actionable input broadcasting.

and you mispaced an apostrophe.

Both are true. Also “misplaced” not “mispaced”.

As for me needing to cope, i don’t multibox. Looked at it when I considered Bruto chasing and saw the writing on the wall a soon a I saw just how easy IsBoxer and hotkeynet made it these days.

No way this would be allowed long term with how the community was twigging to them now. As I surmised at the time they waited till people had finished their Bruto hunt and then lowered the boom. Gave it some leeway to not be entirely obvious about that but got it in before new content actually started.

Both are true. Also “misplaced” not “mispaced”.

Since when did a hacker/ script kiddos ever need multibix software to bot? Yeah they never did. All these threads are hilarious. Nope this change was made for other reasons besides trying to prevent bots, or hurt multiboxing. They could of just limited how many toons whatever you could actively have running at onetime instead of banning some software, but blizz is just blizz and always overreacts😂

Our accounts are flagged as hardware, so good luck with that. Can you PLEASE clarify a few things regarding multiboxing

If normies see what they believe to be input broadcasting they’re going to report you.

False reports. Fake reports. Those don’t get your account banned. Those just get you investigated.

Blizzard has not given players the ability to ban other players (thank God!)

I’m in the camp of report em, if they ain’t using software blizz can just let em be.

Also, why the necro tho