Stoic (est. 2003) has grown into a group of gamers primarily focus on mythic progression raiding in World of Warcraft. We transferred from Proudmoore (and Alliance!) at the end of BFA. We are a LBGTQ-friendly and inclusive guild, and value teamwork, respect, and being awesome. We are dedicated to building a community that supports each other and allows for lasting friendships within the guild.

One of the goals of Stoic is to be the antithesis of pervasive culture that has come to light recently in Activision Blizzard. The community we have built really tries to be a haven for those people who are at the biggest risk of being ostracized in the gaming community. We stand with all Blizzard employees, especially women, in particular women of color and transgender women, nonbinary people, and other marginalized groups.

If you are interested in mythic raiding, we ask that you put in an application using the google form below. Please read further for more details! 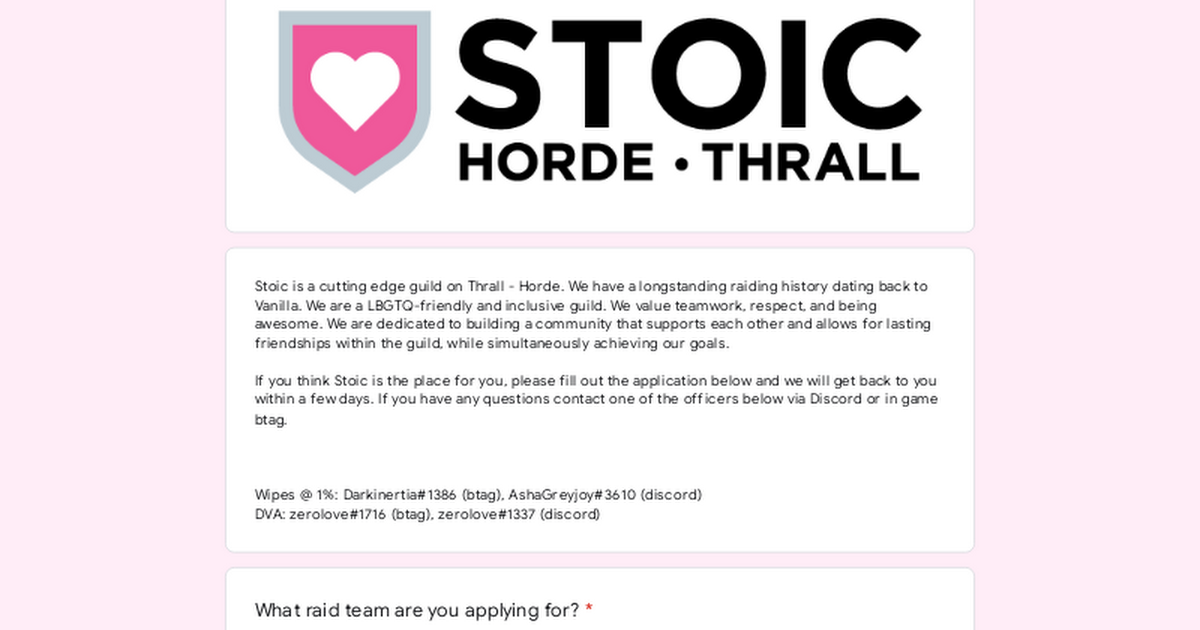 Bumping up the volume.