Uh… have you never heard of hair dye? Honestly high colour should be a color wheel for all races.

Nothing against this in the lore? Elves having different shapes and size ears just like humans. That makes total sense. Again not reflecting in game due to limitation of customsiation.

The worgen/vulpera couple of my dreams will finally be possible!!!

More like not getting line of sighted by every small change in elevation and not sinking in every ankle deep puddle.

Nope! Nowhere does it say orcs cant have wings either.

The point is that having wings would make orc not be orcs but something else.
A worgen is described as a wolf that walks like a man.
A tail won’t make worgen less of a wolf.
It will give worgen more customization options that we don’t have now.

To give wings to an orc, would make them not be orcs.
This would change its forms to something that had nothing to do with orcs.
If someone asks for prey that is bigger or more highlighted for orcs, that will not stop them from being orcs. It will be just one more customizing option that the orcs would have at their disposal.

Worgen deserve to have more customization options to enhance their wolf appearance.

To be fair, we do have wing transmogs as a option. I see vicious blood thirsty orcs running around with cute little fairy wings all the time. Then again, that’s just a change of clothing.

A tail would definitely be a option that will be a very welcome addition to the physical appearance of the race, doing like what you said, enhancing their wolf appearance.

Also to the weird people that say “Worgens aren’t actually wolf/canines.”, here you have Neena, a worgen who describes the curse being what she is, and wants a construct that will let her continue being what she is. And what’s the form she picks for the construct? A zombie dog. xD Tail and all! 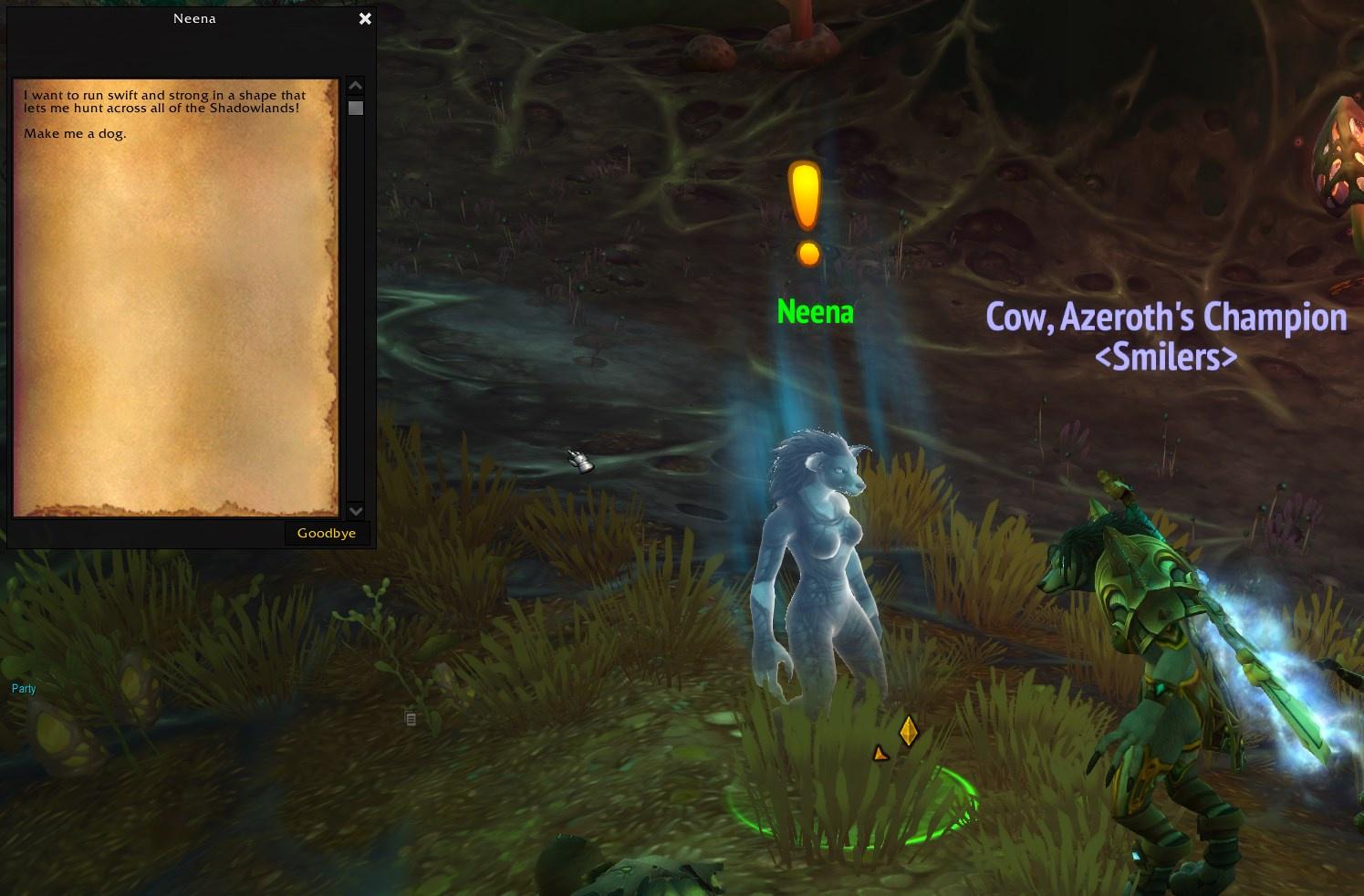 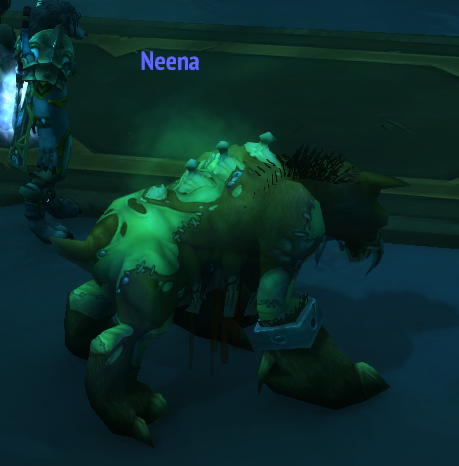 As for tail customization option here too!

When will we get a Worgen tail customization option?

First, let me get this out of the way. I’ll happily put my conservative cred up against yours. I bet I have at least 10 years on you and the only thing I’ve ever changed about my voting registration is my address. It is a hobby of mine to discredit bad left wing politics, I just don’t bother on these forums because it would be a crap show. So don’t think I am just another woke half wit calling you down. There are people in this world other than you, and yes Blizzard is eyerollingly woke. This is also a game. It is for everyone, no matter how dark their skin is. This was a good change to include people who should have been included. The lore is not a religion. It is the imagining of some nerds in southern California. Thus any change of the dogma can and should be changed simply to enhance the experience of the user.

I used to play with a person who is in the movie business, he told me Brandy Norwood played a blood elf hunter and linked me her character. (Just accept that I checked him out, seen his family, and I’ve seen his name in the credits in movies everyone would recognize like hunger games and MCU) I don’t know if she still does, but I’m glad she can have one that better represents her. This is not a “justice hard on.”

Just like black humans they were always here lore-wise.

No. This is explicitly a retcon. High elves according to lore have light skin.

I asked for the tails!

For more customizations options for my part.

Today is the day! Hopefully we finally get a answer today and not have to wait till next Blizzcon later this year. D:<

Any plans for more Customizations?

Nothing in the short term but we’re always looking for ideas from players, so please continue to submit your ideas for things that you’d like to see.

I added my voice to the request for additional customization once more. For the tails!

we’re always looking for ideas from players, so please continue to submit your ideas for things that you’d like to see.

Well at least we know they are looking for more feedback on it, which is basically what this thread and the worgen customization thread have been about. Probably means we won’t see anything new in 9.1, possibly not until 9.2 or 9.3. They still have a lot of work to do after all in regards to us worgens and male blood elves who have had the absolute least amount of stuff from the core races.

Hopefully everyone has gotten a chance to submit a question regarding worgen tails. While I knew we wouldn’t get a actual specific time frame on when we would get tails, it will at least be good to know that we will get it at some point in he future. Will be like the worgen updated model. We were told we would get it, we had no idea when, and didn’t actually know we would get it in 8.2.5 until it finally first appeared in the 8.2.5 announcement.

No. This is explicitly a retcon. High elves according to lore have light skin.

This is incorrect. Never in the lore has it said they have light skin.

Nothing in the short term? EXCUSE ME!!! Blizzard said they were going to be adding customisation options all expansion and now they have nothing planned for 9.0.5 or 9.1??? That’s 100% redic. They said they’d address allied races… I guess we’ll have to wait another 10 years for anything new. Thanks bliz.

blizzard: We’ll be giving more customisation options throughout the expansion. This is only the beginning of what we want to do. Also Blizzard: We have no plans on increasing customisation for any races in 9.0.5 and 9.1. Goodday.

Looks like my nightborn are going to continue having the worst customisation in the game for the forseeable future. And half of the core races that hardly got anything besides orcs, human, night elf, troll are also SoL for now… sigh

For real. Dogs have tails. Give these chihuahuas their tails back!

Which is the exact opposite of what they said in beta. Oh boy removed content. Would we have to sacrifice a raid tier for new customisation? Cause I am not against this.