There’s no reason not to at this point.

Both are already playable, just not for the actual undead faction, which is kinda BS if you ask me.

So let me ride a skeletal warhorse in not so shining armor as I behead heretics for Queen and Country.

And let me have a RAS Druid who can turn into the zombie tiger from Army Of The Dead; 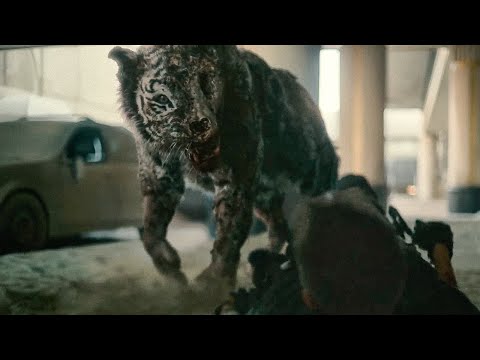 Seriously why not? They’re already playable. Whats the lore reasoning for not having them?

I would love to be a Forsaken Druid!!

I’d have the Paladins be Scarlet Risen who Voss frees from the CotD. And they pledge to serve the Forsaken what with the rightful Menethil heir now being there.

And the Druids I’d have be Mycolomancers. RAS scientists who learned how to manipulate the fungal plague ecosystem and even shift into monstrous alchemical homunculi that mimic Druid forms.

There are a lot of race class combos that need to be added. I am still waiting on the Night elf Paladins that was Unmercilessly teased in Legion.

The lore reason for no human druids seems simple to me. Playable undead have the exact same classes as humans do, minus one (Paladins.) Your character is whatever class they were when they were alive. No Human Druids=no Undead Druids.

Not to say that they shouldn’t be added, though.

Don’t forget that Kultirans are humans, and they have Druids, and Shamans. That includes the non-playable normal sized Kultirans.

This just feels bizarre though because the Darkfallen means they’re already playable. Just not by the Undead faction.

Your character is whatever class they were when they were alive. No Human Druids=no Undead Druids.

True. But unlike Stormwindians, the Forsaken have had an enclave in Thunder Bluff since day one of WoW. Combine that with RAS picking up knowledge from Maldraxxus, which has undead ecology, and I think you’ve a good enough explanation.

I do think Benedict’s suggestion above is a good one for playable undead Druids.

Blizzard pretty much said they are open to removing a lot of restrictions, and the real roadblock is the actual work involved.

When they were discussing letting all Races be Rogues and Priests and Mages, they said those were simpler to introduce, while Paladins and Druids require alot more work.

It seems more a matter of when Blizz decides to get around to it. And less about lore arguments. They basically said they are open to expanding which Races can be which classes, and they are looking at Paladins and Druids as a huge undertaking, but definitely on the table.

I can definitely see them rolling up with UD Paladin in the future, I’m hoping current story developments with the Forsaken and Kaldorei means that they will give them to both of us since they’ve been teased in lore for quite some time on both ends of the spectrum.

UD Druid may be a bit trickier. I think they’d need to do a bit of lore finessing for that to ‘fit’, but I can’t see it being too far fetched with recent additions to different types of Druidic magic outside the ‘norm’ of Cenarion druidism. If they ever acknowledge that Darkfallen Druids now exist in canon with the new customization, I can see that being a pretty good way to segue that in. I would love to see what forms they come up with!

My current wish list of class race combos is Dwarf Druid, NE/UD Paladin and BE Druid. Mostly Dwarf Druid though, cause I would switch mains immediately. (Bearded Moonkin? Are you kidding me?

NE and UD Paladin also have a certain ‘je ne sais quoi’ in terms of lore, if they implemented either of them I’d actually want to play a Paladin for once.

Undead druid almost sounds poetic. Covered in green things wanting to consume the rotting flesh as they heal the land and ruin the local ecology.
Drust were already pretty undead looking, forsaken based druid doesn’t seem that far fetched if they discovered it and it would certainly be useful for making Lorderon not look like a blighted mess.

UD Druid may be a bit trickier. I think they’d need to do a bit of lore finessing for that to ‘fit’, but I can’t see it being too far fetched with recent additions to different types of Druidic magic outside the ‘norm’ of Cenarion druidism

That’s why I think they should be called Mycolomancers. Mycolo coming from the Ancient Greek mukēs, meaning fungus. So a mushroom master.

Between the Plaguelands and Maldraxxus’s own ecology it seems to me even nature itself can become undead. And who better to control that than the Forsaken?

I’d have their Tree of Life form be the Mushroom men model. Shapeshifting would be a bit trickier but we have seen Apothecaries mutate into monstrosities before, like Warden Stillwater. So just say they’re doing that.

They wouldn’t be true Druids but they would be deliberately mimicking them. The Forsaken have had an enclave in Thunder Bluff since Vanilla and have had ample opportunity to study both hostile Kaldorei druids and neutral ones in the Cenarion Circle.

So they essentially would’ve reverse engineered their abilities.

They would also be connected to Ardenweald then, it originated from fungus. It’s tied to Life, it makes total sense.

Queenie and Lich Santa seemed to be on pretty amicable terms.

If anything Bastion seemed to have the most beef with them and yeah I’m sure necromancy is a pisser in their industry. Someone getting raised from the dead has to be the celestial equivalent of somebody canceling their Uber ride as the driver pulls up.

I’d have their Tree of Life form be the Mushroom men model.

Don’t forget that Kultirans are humans, and they have Druids, and Shamans. That includes the non-playable normal sized Kultirans.

How many clubs are there based on being annoyed with Blizzard now?

It’s just been pretty consistent for the Forsaken. Reminds me of that scene in movies at an award show where a character starts to stand up as the host is clearly describing them, only for the award to go to someone less deserving.

“Ladies and gentlemen it’s time for the rebellious undead faction who were all personally victimized by Arthas to finally get their revenge. Knights of the Ebon Blade, come on down!”

“We’ve decided to add in playable undead Druids and Paladins! I think we all know what that means. Elves! Come on down”

What are we if not slaves to this torment