Are applications for new MVPs still being accepted?

Not that I know of. That was done one time. The CMs who tried the application version of the program are no longer with Blizz (I miss Ythisens

No MVPs have been added since April of 2018. I don’t know if they will expand or refresh the Community MVP program for WoW at any point. They don’t tell us ahead of time.

The Tech/Customer Support MVP program still gets new members every rare once in a while. It is a tiny program with people who are selected by the Forum Support Agents. No applications. Just people who are already helping lots.

No other games have active MVP programs anymore.

What they mostly have are Influencer Support programs instead for the third party websites, media, streamers, etc. Those are run by the same CMs who used to run the MVP programs. So it is sort of adjacent.

if you report a player in-game, you will be told if action was taken. This is good, particularly because

I get a good laugh in when I see these 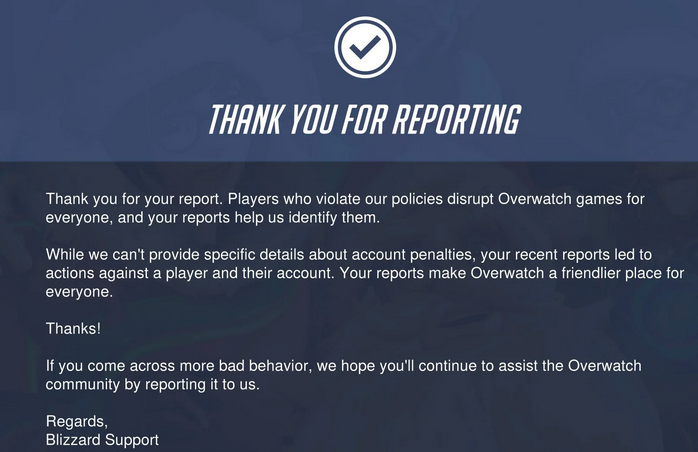 when I login to Overwatch

Actual footage of me:

Apparently we’re not allowed to suggest stuff to the moderation staff?

If you read the thread you know why it got 404ed. It had nothing to do with the suggestions, which were fine. It had everything to do with people who derailed it making it all about a personal spat between two Posters with lots of calling out, trolling, insulting, and general rule breaking. It got the whole thing nuked.

Just wanted to touch on this quickly. It was brought up in the CS forums and it turns out that this is unintended.

Do you have the post? There’s a lot of threads with blue posts in CS, while my PTR thread was thoroughly ignored addressing the various ways Ignores can be circumvented by players lol

Why is it a forum privilege to be able to ignore people? Customer Support

As an update, it does look like this feature is set behind requirements that don’t align with our desires for it. I’m not sure if something was overlooked, or if it was reset during a platform update. We’re going to have some folks take a look at reducing the requirements or removing them. Thanks for bringing it up

That does seem like a good thing tbh. However on some other forums in situations like that, i’ve seen moderators step in and remove a bunch of offending posts and hand out actions. Sometimes mods would even issue warnings. Couldn’t something like that be done here?

People alt-jump to give the illusion of support.

Gotta love when someone gets called out on supporting themselves via alts though. Like when someone cross-references achieves and notices they are identical. Or the old forum where post count was shared across toons.

I always pictured that situation in my head like this: 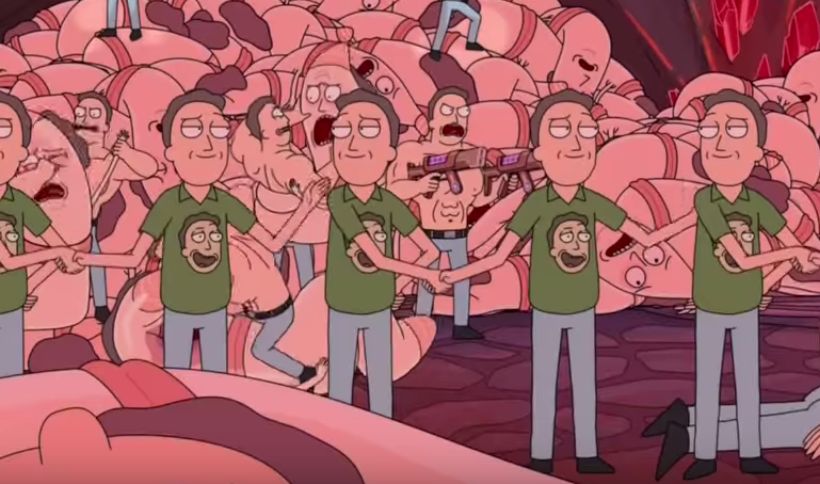 They do that if there are only a few posts, when it goes overboard it’s too much and they just nuke the whole thread from orbit.

However on some other forums in situations like that, i’ve seen moderators step in and remove a bunch of offending posts and hand out actions.

So much of the thread was a mess it was not going to be worth the time to sort the few gems of posts out of the trash. There would have been almost nothing left. It was best off as a “do over”.

Okay. Well. I wasn’t around to see how bad that thread was getting. Maybe that is a good thing.

Back on topic, any further thoughts on my response/clarifications to you?

I think MVP as a concept could use a re-work to allow “official intermediaries” between Players and Devs (that isn’t Content Creators).

Consider that for example, through the lawsuit it was revealed that Blizzard until recently forbade an internal women’s group and internal LGBT group (and something tells me there is no internal POC group) for the employees.

I don’t think that is the case. Blizz has lots of support groups of all sorts. Vets, women, LGBT+, PoC, etc. They have accessibility and diversity panels even. Maybe that was done at Activision or the stock holding company Activision-Blizzard? Now, not saying that having those groups always gets the desired results, but I know Blizz at least had them the last times I was there within the past 6 years.

I’m suggesting that the MVP system should be revamped entirely for devs to consult on specific issues if needed. Like player working groups, essentially.

Eh, no. They don’t include the Forum MVPs in that stuff usually, but they can when they want. In 2018 there was an MVP summit at Blizzard where the MVPs got to talk to various developers, quest designers, etc. They don’t have a standard channel to the Devs though - MVPs talk to the CMs.

I think a Forum ID system would be best, because it’s happened where Forum Harassment becomes Game Harassment.

Your Battletag does not get you harassed in game. That is why every other forum uses it. The forum software is set up by DEFAULT to have Trust level, likes, flags, and ignore at the Btag level. They had to have it changed for WoW to make an exception allowing it to be by char instead. Just go with the path of least resistance and do what is already programmed. Make this forum like the other Blizzard forums. If people don’t want their alts known, don’t switch to your secret alt and post with it.

I think MVP as a concept could use a re-work to allow “official intermediaries” between Players and Devs (that isn’t Content Creators).

That is the job that Community Managers are supposed to be doing. I mean, MVPs can relay things to the CMs. It is the job of the CMs though to put together that feedback for the Devs. From the MVPs, forums, reddit, third party sites, streamers, etc. They take info from many sources for the reports they put together. There is a weekly, along with any targeted feedback they are tasked with - like if they are asked to focus on feedback about Z game mechanic.

I don’t think that is the case.

It was the case, it’s been stated by multiple devs, current and former, repeatedly.

The “No LGBTQ Guild Allowed” thing was a few years ago too, and since changed.

But neither incident should’ve happened.

They don’t have a standard channel to the Devs though - MVPs talk to the CMs.

I mean that works too. I’m saying the entire system of MVP shouldn’t be limited to the Forums, but rather the whole system should be overhauled and expanded.

Your Battletag does not get you harassed in game.

Hmm true cuz you need to accept the friend request for them to see what you’re playing and whatnot.

Reason why I was thinking of a Forum ID system is that each player can have a “WoW Forum Profile”, so players can use (or not) if they so desire.

e.g. maybe a player is a role player and wants to show it off

or you designate which of your characters is your “main”

That is the job that Community Managers are supposed to be doing.

Yes, they are fishers.

I’m suggesting revamping the system such that the fish can also speak and talk to the fishermen, as working groups for specific topics.

e.g. I don’t know jack about PVE or PVP, but “warlock fantasy” and I’m your guy, and I’ve put a lot of effort into that for the community for many years going back to when we were asking for Green Fire, and most recently for Warlock Pet Customization

I assume you for example were designated as an MVP for a specific reason, some part of the game, that you could be used for consulting for the CMs for specific feedback.

A talking fish, in the metaphor.

It actually just got updated too:

Why is it a forum privilege to be able to ignore people? Customer Support

Final Update - It looks like these restrictions have been updated. Everyone should now have access to the “Ignore” system under User Preferences regardless of time spent on the forums or new vs old characters.

I assume you for example were designated as an MVP for a specific reason, some part of the game, that you could be used for consulting for the CMs for specific feedback.

Don’t assume they can’t. There ARE working groups or focus groups about things and the Devs draw from whomever they think is best suited, no matter the role they currently play. If they wanted an MVP to participate, they would ask. If they want someone who is on the Method raid team, they will just ask.

It is just not part of the general role of an MVP to have a line to the Devs. Does not mean Devs can’t include one of them in something if it would be helpful though.

For example, while I did not talk to the Website team, I have had chances since about 2016 to give feedback about forums to the Community team. Esp after the new software launched. This is kind of my thing so that is where I have the most useful input.

There ARE working groups or focus groups about things and the Devs draw from whomever they think is best suited, no matter the role they currently play.

Then there should be more transparency imo.

Why not have some MVPs that are appointed via applications while others are democratically selected by the community (as chaotic as that may be).

As a salient immediate example: The fact that ignore being Trust tied went under their radar for so long, or the holes in the system for in-game ignores that allowed players to bypass it, when it was common knowledge to the whole playerbase and regularly talked about on social media or the forums, is very confusing to me.

As you said, no new MVPs were granted since 2018. And now more than ever there needs to be TWO WAY communication between devs and players via intermediaries, and CMs and MVPs (with some adjustments) would serve as that bridge.