These changes sound good, but is there any chance we could channel it while moving? That cat and bear favor melee spells is going to be awkward when stuff moves (or if we have to move things as a tank). Especially in PvP where people will just run away right when the channel starts.

And on a random, unrelated side note, I just wanted to float an idea for Lunar Inspiration. What if the talent was renamed to Blood Moon, and caused cat form Moonfire to do bleed damage?

The talent has always been somewhat niche, and has become even more so since bleeds started scaling from haste too. If cat Moonfire scaled off all the stats as well, it might make it more (maybe too?) competitive on cleave/council type fights, and maybe even single target situations with downtime/movement.

When I have used it in Torghast in balance spec, I was never taken out of moo kin form when any of the abilities were used.

To touch on this a little. How does this work when there’s a single rooted target nearby? Especially if we have the 300% Roots Torgast ability on it.

If there’s exactly 1 target and I press this button, I want it to take damage. Especially if I’m rolling around with Balance Affinity. Testing shows that it doesn’t

Okay. But a lot of us are really concerned that you’re spending so much time on Druids in Torghast, or Druids and covenants, and you haven’t done anything in regards to baseline design

Also this. What’s going on with Feral? More and more melee are getting “Bring this melee” raid buffs, with Enhancement getting Windfury Totem.

Some feedback around this for Feral. The entire spec currently is centered around resource management. This becomes a VERY complicated button to press in the current iteration. The channel alone already caps your energy just from natural regen almost from not using globals. Between all the Combo Points, The Energy from Tiger’s Fury, etc, it becomes a pain to know the best time to press it.

You pretty much just want an empty energy bar and 0 Combo Points, because you’re coming out with TF up, 5 CP, and a full energy bar now.

Also having FB into this just leans even harder into Sabertooth. Can we please talk about options other than Sabertooth, change it, or just nerf it so it isn’t the “Optimal” playstyle.

Gonna keep beating the drum on wanting substantial Guardian changes! We know you guys are listening to feedback, considering the changes you’ve made to other classes, so please, please, please, we are -begging- you for some fundamental changes to Guardian.

If we aren’t going to get any then at least let us know that so we can stop hoping.

Various changes in an upcoming build:

Feral: Various talents are buffed numerically, to try to open up some choices a bit (Feral Frenzy, Lunar Inspiration, Savage Roar), as well as a baseline buff to Rip that’s related to the below discussion.

One notable talent is nerfed: Sabertooth. This has been the subject of much discussion in feedback. While we like the idea of a talent in this slot that simplifies the rotation somewhat, we generally agree that infinite Rip extension has a lot of downsides. It additionally tends to cause balance problems, as an infinitely-extended snapshot-buffed Rip tends to outpace other options for sustained damage. Sabertooth will extend Rip by a smaller amount–keeping a similar mechanic to now, but requiring it to still be occasionally used on a single target.

Relatedly, we’re adjusting Bloodtalons to make it easier to proc–we’ve seen a lot of feedback that sequencing Rake, Shred and Thrash that tightly is a big hassle when you have competing interests of when you need to refresh your Bleeds, when you have a lot of energy, when you need to use a finisher, and so on. Trying to find the sweet spot where it’s not too onerous to use, but still provides a reward for planning your rotation.

Balance: Notably in this build, starting Eclipse requires 2 spells rather than 3. Doesn’t require a big explanation, but should be strongly felt. In particular, the windup at the start of combat is much shorter (especially when you can precast 1 of the 2 spells).

We’re also trying a version of Celestial Alignment that’s not extendable to arbitrary duration; it was simply going to cause nearly certain balance problems later on. It is now a fixed-duration cooldown that still provides a large damage increase.

Thanks for any feedback, please let us know how this all goes.

17 Likes
Guardian is just... a boring spec
Sabertooth is a problem, so instead redesigning the row, they nerf it so its not worth using
Shadowlands Feral Concerns and Problems
Morriie-zuljin 8 July 2020 18:14 #148

Are you joking? At this point, the fact that you literally will not reply to any posts about Guardian, or even make any comment on the state of it, even after pages upon pages of feedback tells me you’re just not going to fix anything.

I’m really upset that instead of just answering literally one piece of Guardian-related feeback -IN THE DRUID FEEDBACK THREAD- you all continue to just ignore the spec in its entirety.

We are PLEADING with you to PLEASE provide us SOMETHING about the direction Guardian is going in. It isn’t fun to play right now because of all the reasons we’ve already given you! Why won’t you answer literally a single thing about this??

First off. I want to say thank you. A lot of these changes are moving in the right direction. I do want to touch on a few outstanding points as far as what still feels like its missing.

Bloodtalons:
I love the 5 second change. I do want to touch on the fact that Swipe feels like its missing from the pool of key abilities. This comes in three places. The final one being the largest impact.

Lets talk raid buffs and utility. Seriously. The most glaring example here is that Balance was given Stampede, but Feral was not given Innervate. Parity would be appreciated here. On that same note. Melee like Monk/DH have raid buffs that are almost considered “key”. I’m not asking for LotP exactly as is. Bring it in line, but give people a reason to be excited about having a Feral Druid around over us being just a meme.

The last little bit might be an oversight, or just something that wasn’t put into the most recent built. Much of what you mentioned is already in Alpha. However the Lunar Inspiration changes don’t seem to be in. LI has some serious scaling issues. Please make sure this isn’t overlooked.

This is a step in the right direction for Eclipse. A class mechanic that requires less ramp up time than before is always a good thing (especially during questing, it felt really awful during Alpha). But now I have a concern about the downtime after going through both Eclipse types; now that we’re entering them faster. Obviously I haven’t been able to test this Eclipse change, but perhaps maybe have the internal cooldown of the rotating eclipses be 20-35 seconds, instead of 30. Or have the system scale with haste by having Starsurge or Starfall reduce the internal cooldown by 0.5 for each time you use those spells. Just some reactionary suggestions of course, but this is good progress for Balance.

I’ll report back with how it feels later! Thanks for the feedback Sigma!

Yea, it might be good if BT was changed so using any 3 combo builders in a row would trigger it. Not only would this open up different combo options as you said, it could also be an indirect buff to LI if moonfare counted towards BT.

I’m glad Feral is getting some attention, but numerical buffs aren’t going to fix core issues with feral. Part of the issues are the low damage output and the gamble here seems that higher numbers are going to make it more interesting to play. However, the key question remains: why bring a feral over a rogue? The answer should start with a change to how feral works and then tuning numbers.
How do we fix feral? It’s hard to say, but a few suggestions have been brought up:

It seems too late to make changes, but this is how I feel about feral. My druid will likely gather more dust for a third expansion because it’s just not fun to play.

I am hopeful Beta will allow more people access to these forums to keep complaining about how lackluster Guardian is. I’m sure people are tired of seeing my posts, but I’m not the only one who feels this way.

Feedback on Druid from EU

You can clearly see that the EU folks are just as frustrated with this as we are, and yet nothing is being done about it.

Please, please please please, just tell us “hey, we can’t talk about it right now but there will be some changes to Guardian coming in a few builds from now” or just flat out -respond- and tell us that nothing is changing and we should just get used to it.

SOME kind of response to Guardians is warranted.

With the Survival Instincts changes to Feral, they could possibly reinvent the idea for Feral and turn it into a raid/party CD that’s adaptive.

For example:
20 yard range on activation, its an aura that increases party/raid members leech by 25% and reduces damage taken by 10% for 6 seconds. (and it could become more powerful if you’re solo / if nobody is around you).

I think Feral gaining Barkskin is now an opportunity to change Survival Instincts or give Feral and strong meaningful raid cooldown.

This about sums things up for me, right now: 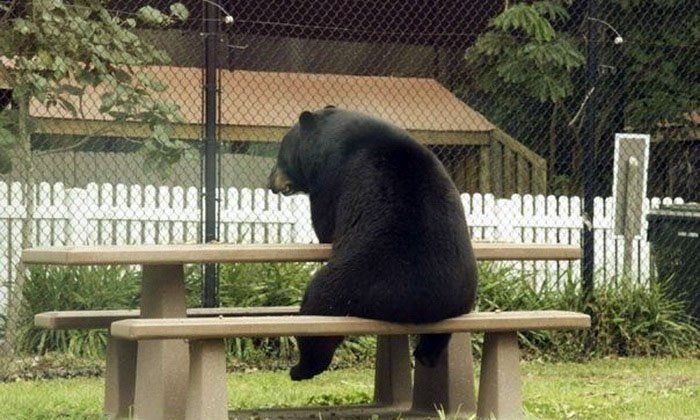 I dont know if its still bugged out or what. It says two starfires in 10 secs or 2 wraths to trigger the alternate. I just did Theatre of Pain, I must have done 5 starfires in a row once to trigger my Wrath ellipse and 3-4 wraths in any mob to get my Starfire eclipse. Just really don’t know if it is working. If I am waiting on a CD can that be shown as a debuff that I can track to not try to calculate it in my head?

If I am waiting on a CD can that be shown as a debuff that I can track to not try to calculate it in my head?

The ICD was removed outright.

Then eclipse is not working as intended at all. Having to do 3-4 or 5 Of one spell your get my proc shows something isn’t working

Oh? Like, the internal CD? So we can be in an Eclipsed state for quite a while then.

Like, the internal CD? So we can be in an Eclipsed state for quite a while then.

You’re sitting in Solar or Lunar Eclipse for like… 90% of the time once it gets going.