FBI and CIA: No Evidence of Systemic Harassment at Blizzard

After a thorough investigation, the CIA and FBI has concluded that there is zero evidence of systemic gender harrassment at Blizzard/Activision

In an [SEC filing released today]Activision Blizzard has shared that the Board of Directors and its Workplace Responsibility Committee of independent directors have concluded that there is no evidence to suggest that Activision Blizzard senior executives ever intentionally ignored or attempted to downplay the instances of gender harassment that occurred and were reported.

Can’t say you ever intentionally ignored something if your emails are autoforwarded to the Trash folder.

or attempted to downplay the instances of gender harassment that occurred and were reported.

Can’t downplay something if you “don’t know about it”. See above.

The CIA investigated it eh?

Yeah and there’s no war in ba sing se.

Okay, first the FBI and CIA were not involved in this (nor would they be). The FBI would only get involved if there were federal laws being broken and the CIA wouldn’t bother with something so simple as a systemic gender harassment claim unless it involved one of their own staff members and I’m fairly sure no one at Activision Blizzard works for the CIA.

Second, they ‘investigated themselves’ so naturally they didn’t find anything wrong. Also they refused to name the ‘independent assessors’ that supposedly agreed with them, implying that they either don’t exist, or if they were to be named, would likely have some tie to an Activision Blizzard staff member.

Also they flat out refused to acknowledge any of Bobby Kotick’s horrendous actions in their decision. Just swept it under the rug, as most people expected them to do.

Omg,why would CIA or FBI have anything to do with civil matters ?

The CIA doesn’t do this. In fact they’re mostly forbidden from carrying out intelligence operations inside the US except in rare circumstances.

I heard it was Superman and the Justice League that conducted the investigation.

Well.maybe they’re investigating the disappearance of their starbucks and doughnuts from their building and since Blizzard love it I guess it they try to find them there.

Well, I heard it was Mystery Inc, and the culprit was Mr Jenkens. Scooby Snacks for everyone! Case closed.

We all know that’s a load of bull.

You’re a liar. The CIA and FBI didn’t get involved. Activision Blizzard investigated themselves.

Finally we can move on.
it was getting boring.

The company investigated themselves.

Activision: “Your honor. I investigated myself and found myself innocent of all charges.” 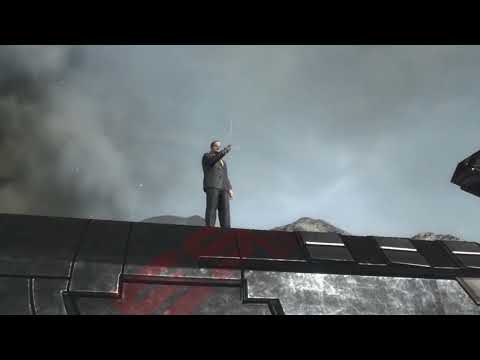