Is there any more information on the scale of the overhaul? Is it mainly just changing the UI and such like Wowheads article suggests?

How will older recipes be impacted? Will there be a removal of any recipes that currently exist? Will people be able to put in a Crafting Order for any recipe or just for Dragonflight specific stuff?

Will this by chance make professions something you could actually use to keep a character geared as they level? I think the heirloom changes have made them largely useless personally, and I can see why they were changed given how incredibly quickly I was able to level my new DK but I would love to actually level a toon with the resources I find and things I make from those resources again like I used to do a long long time ago.

Generally looking for more insight on to the profession changes which actually sound, based on description and not anything in game, like good changes.

Also looking for red flags for things I should work on now before its too late come Dragonflight.

Any information outside of what little is already known is greatly appreciated.

Ignoring Warlords onwards, recipes can drop in raids and dungeons and are gated behind faction rep.

So I would wonder about the fate of those.

Sorelai thank you for the link. Of course I cant participate though in anything Community Council. So I would ask…

With the new system will I be able to create a Crafting Order that I can designate to be filled by a specific character and one that is also my own character? So Engineering…my cloth wearer can learn the appearance and creates a Crafting Order for it and says only my Engineer…“Tinkermaster” can fill this order. Will that be possible ever or is that possible in the future?

This would enable me to make my own missing pieces as part of an effort of collection while NOT leveling the profession for up to 3 other armor classes just for the handful of armor specific pieces from Engineering. Insert any profession the BoP aspect is relevant to.

Why pay another player 3000 gold when I can make it for 100 gold in mats I have from farming? I cant imagine if this is possible with the new system but hope it is.

Based on Blue Post #71 I think it is…no as older stuff is back burner and implementation will be considered after Dragonflight masters it. Makes sense…

Some require an exceptional amount of resources to make. Noone will craft these with the current integration of professions to leveling due to many things and so they will do it only for cosmetics currently. Unless of course Professions change enough to try and warrant making gear for low level characters as they level.

To make this issue more significant, Cobalt as an example is difficult to find. Yes you can get it but its not nearly as easy as it should be to obtain considering it is/should be to Northrend what Copper is to Eastern Kingdoms/Kalimdor…per its place in Northrend crafting.

Dragon scales and turtle scales from the vanilla era are another example. A lot are needed and the time to farm collectively for all the pieces that require that material is relatively high, at least in relation to the cosmetic only use of the older items in the profession system. I noticed plenty of instances where I felt the mat cost was relatively high.

Either it would be useful to increase the drop rates or node spawns or decrease the quantity needed and hope to see that implemented along with the rest of the overhaul though I know its likely focusing on Dragonflight more prominently than the older stuff but will certainly have some unknown impact on the older stuff as well.

Any intention of making it so that my Blacksmith doesnt have to vendor that Tailoring BoP I finally got but cant send to my tailor? Account wide perhaps. See Black Temple and such for examples.

Can we finally remove daily CD’s for special mats…Easily See WoD among other expansions. Maybe some exceptions like Sky Golem and such but retaining that cooldown mainly benefits crafters…people still making money off of it.

Any interest in adding a trivial amount of older reagents to current ones? Probably NOT a popular idea but it MIGHT add some value to older stuff while not being incredibly demanding in terms of time to accumulate etc.

Any interest in bringing back previously removed recipes that ironically were potentially part of the original armor and weapon specialization systems from expansions and base game?

Any recipes that will be adversely impacted by the Dragonflight expansion or unobtainable during/after launch?

For Skinning…with the older level system…so prescaling and level squish…was easy to know where to go for leather that you needed etc. Any plans to make that a bit easier to figure out, particularly if you are newer or just never did skinning before? I managed ok but would have ben nice to have it simplified as I did spend time on mobs that normally would have given me say medium leather etc but now do not.

Alright thats all I can think of for now…

You’re reading way too much into this. I imagine crafting will look a lot like Shadowlands crafting but with the ability for players to act as badge vendors for each other. Blizzard gave the example of players being able to attain a BoP crafting currency from defeating bosses on a given difficulty and putting up a work order for another player to use their own currency possibly in conjunction with some of the crafters leather or iron or whatever to create a raid-quality item. The other example was a similar mechanism to convert raid-quality gear into tier pieces using work orders.

Yeah, this is going to be a Dragonflight only thing. There is no way they are going to go back through and update all previous crafting recipes to fit in with the new model.

I think the heirloom changes have made them largely useless personally

Wait are there more heirloom changes coming in Dragonflight or are you referring to the removal of bonus XP gain that already happened?

I just can’t imagine how they’d nerf them any more without making them genuinely pointless.

I would not say I am looking too far in to this.

I might say though that I am expecting more from a profession overhaul than Blizzard is planning though. Could possibly suggest it isnt going far enough but thats all personal I suppose.

That doesnt mean they cant go back and remove daily CDs and lower mat requirements etc. I am sure and aware of the fact that it isnt a priority though.

They certainly can and should go back to old stuff. I would argue long term to ignore it has been detrimental though that conversation falls outside of the scope of the original post.

Shadowlands and BFA crafting really dont have as much to offer anyway so that works out well.

From the thread originally linked I am not the only one looking outside the scope of Dragonflight nor am I the only one hoping for more or aware that we might well not get more despite hoping for such.

@Divinaction no. The heirlooms USED to give extra exp. With how heavily the leveling experience has been that feature, the original purpose of heirlooms, has largely been removed, except you sill have the ease of largely not worrying about upgrading the majority of your gear as you level.

So no…you missed nothing =) and sorry for the confusion!

I might say though that I am expecting more from a profession overhaul than Blizzard is planning though.

Leveling is too fast for professions to be useful outside of max level and gear drops way too frequently as well.

I’m talking about during leveling

I’m talking about in general lol.

I can sort of agree with that, but WoW doesn’t have the depth of gameplay beyond the gear grind so it doesn’t really work here.

WoW has always been a loot grinder. Even in ancient vanilla the game was about chasing loot. In fact, loot grinding was MORE IMPORTANT way back in the day because borrowed power / the idea of character power outside of gear is relatively new. Only really starting in Legion did the idea emerge that you made your character stronger via alternate leveling progression, it’s just stuck in the mind so much people think this kind of thing must have always existed.

Yep…thats why I clarified it =) I had assumed previously though that through my posts that perspective was clear. I will accept that I must have been mistaken in that clarity.

@Telrenaur Completely agree. However, as I hit Shadowlands I’m pretty far behind the ilvl of base gear which appears to start at 100. Barring the fact that half of it isn’t usable below level 55 though and its rather irrelevant.

It did used to matter to at least some degree so the concept was more in relation to that idea which, as we progress back up the ladder of level caps…MIGHT be relevant again? I doubt it though. 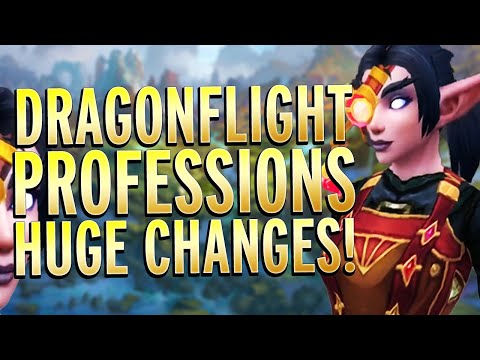 A good outline of what is known