Dude, I can see the little ray of hope in your eyes. But it’s in vain.

It’s more like I’m familiar with the software development process, and don’t immediately see the sky is falling over this. The fact so many people here took that string as something created just for this issue, when that string has been around before this, lends credence to my thought.

So all the talk about a Kyrian Ret Paladin being different than a Night Fae Ret Paladin is no more?

It is hard to make a sub class system from rental borrowed power.

It really is disappointing to see all of these arbitrary and pointless roadblocks being implemented all the time. If you’re going to spend so much time adding borrowed power, why restrict from being able to use it in older content?

Remember when they did this with Artifacts and the HoA/Azerite gear? 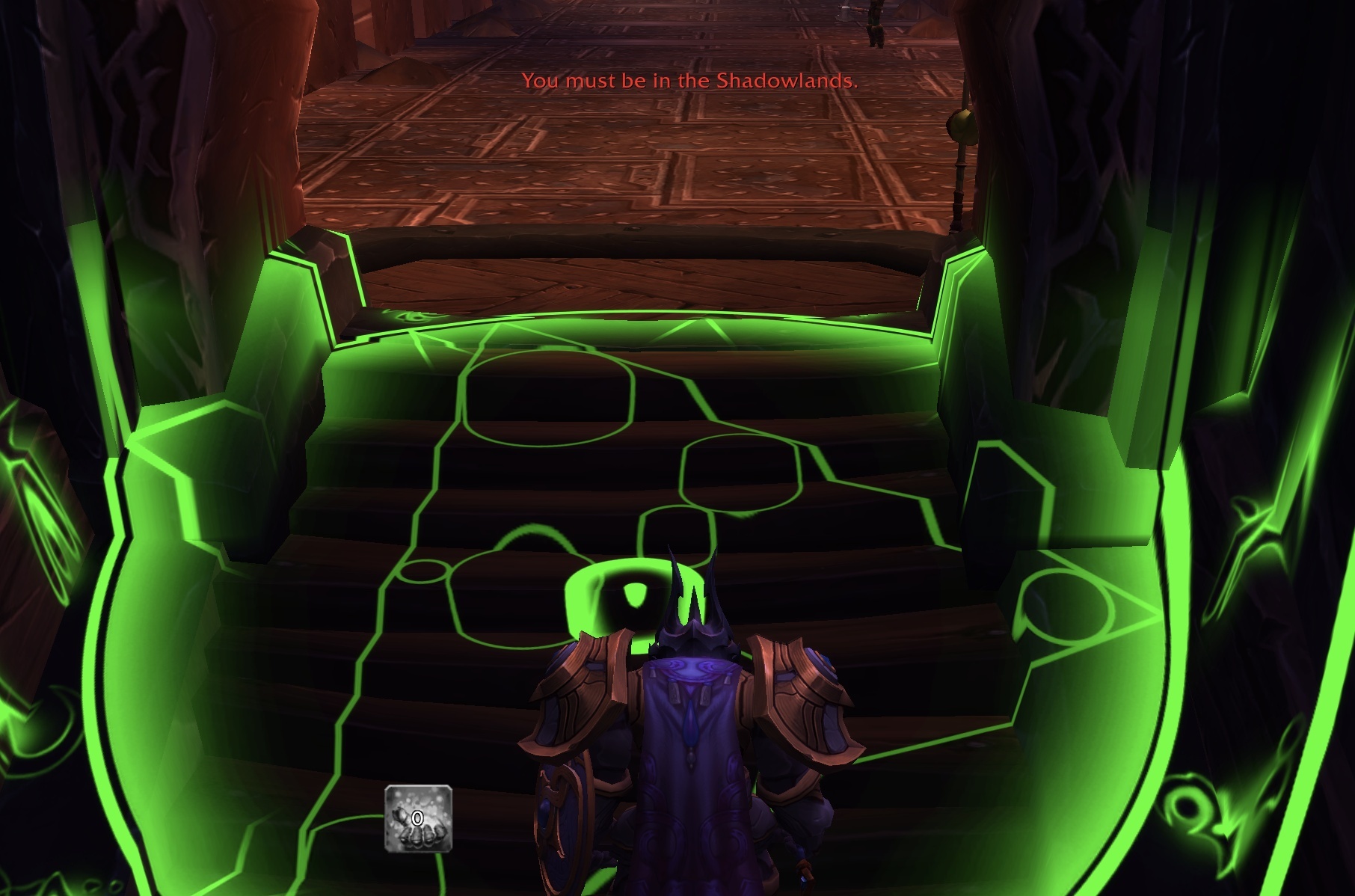 Covenant abilities such as Spear of Bastion are now disabled outside of Shadowlands instances and zones.

We’ll be reverting this change in next week’s update. It’s something we were on the fence about internally, and seeing the range of reactions has been helpful in making it clear that it wasn’t the right move.

We explored adding this restriction partly for world-fantasy reasons (I mean, it’s a bit weird seeing someone’s summoned swolekin just hanging out in the Orgrimmar AH), but mainly as an exploration of how to make expansion-specific systems feel more grounded in their expansion from the outset. Covenants are the centerpiece of Shadowlands, but when the following expansion comes out (yes, there will be one), we know we’ll need to ensure that a returning player doesn’t need to go back and do the full covenant progression in order to be complete and competitive. And when that time comes, it won’t feel great to lose something that will have come to feel like a part of your character.

That led us to this experiment of just establishing these powers as inherently tied to the Shadowlands, so that nothing would technically change when the time comes for players to move on to the next chapter in their journey. But reducing that feeling of loss a couple of years from now isn’t worth the expense of a weaker sense of connection to your covenants in the meantime, along with feeling like a part of your character is missing when you’re running legacy content. The feedback around this change makes that clear.

Really awesome that you’re reverting this change so quickly, thanks.

I agree with this.

We’ll be reverting this change in next week’s update.

I was so worried. I’m down with the covenant being a choice that impacts my class. For example being a Venthir Palidin or a Night Fae Palidin, then going back to Orgrimmar and being just a Palidin seems to be in exact contrast with the voiced design.

Thank you for this.

Thank you very very much! You guys have been really ambitious this expansion, its great to see commitment to the game-play!

Thanks for the fast response too.

I think the best action is to (when next expansion comes out after shadowlands) is to reapply that limitation then. Where those powers become tied to just shadowlands when our journay has ended there is fine. then you don’t have to destroy them entirely.

But yes during shadowlands should be usable everywhere, good change.

I agreed that you should not be able to use Shadowlands abilities outside shadowlands it is completely lore and immersion breaking, only the raids and dungeons party should be reverted so if those who want to break the fantasy of the game choose they can do so privately. You sohuldn’t have to revert anything, this is a valid way to be able to keep our stuff ongoing instead of comstantly get it taken away, who knows maybe in the future theres an xpac expanding the shadowlands where this stuff is able to be used again even afterlife realms of the other cosmic powers if things invand shadowlands using their light or void ect powers it means SL stuff should be able to work in their realms when we go there. Please stop caving in… lore breaking stuff. Also swapping covenants needs greater consequences lol i mean come on, you betray booty bay to get the bloodsail rep why in the heck would it take longer getting exalted from hated by booty bay/bloodsail ect than it would take when you completely betray an afterlife realm entirely… and a soul bond… smh

Half the people that play just want to play they don’t care about the lore or rp aspect of the game.

and the half that does keeps shrinking and ditching this game because of them tossing lore stuff out the window to cater to those who dont care about it… and tbh all the old sets artifact weps legendaries, abilities corruption ect should stay at least in party sync or timewalking because if your timewalking to a time before the power faded it should still be able to work. By caving in like this it is just promoting the behavior of the so called “borrowed power that we lose each xpac” maybe it wont keep stacking but if it at least stays in the worlds/realms/zones we got it from instead of gonig away completely, thats fair enough.