My shaman can cleanse poison! But be prepared to sit a full sheep… Lol

I think she was shooting at me with that one lol.

What’s the hipster class/spec (you know the one nobody plays).

I don’t know of anyone claiming druid and rogue for sure yet as a main. Only 1 is on the fence between war and lock. If holycow wants to join up, I have no idea what they’re playing either.

I wouldn’t over think it though. PVE is 14 years old and clickers back then cleared all content with subotimal groups. Surely us casuals can get through it. I’d strictly go what looks fun.

I’m going to start hunter as it’ll be my best geared but will also try to get spriest time in. Lock third option as of my current thinking. Which could change at any moment. Oh and gonna lvl dat SHAMMY! when I can.

Holy crap, I may be logging in a lot more than I’ve been.

I’m definitely doing rogue (first at least). Question is whether I boost since lazy or grind.

Think I’ll see how the leveling is now that it’s reduced xp and all that and then maybe boost, but I also don’t really feel like just solo leveling all the time.

The lady is interested - she enjoyed classic leveling far more than anything we did in retail.

Think she has a lock she was enjoying around level 20 or something. Might try and drag her back in too.

I wouldn’t over think it though. PVE is 14 years old and clickers back then cleared all content with subotimal groups

Legit was the top healer in two guilds and I clicked and backpedaled as hard as anyone. Only ever made it to mag before I quit but still hilarious. Now I have dmb, weak auras and bind everything and heroic Dani still gives me issues. What a different game.

Hey man, I just rebound this because it’s legit useful when tanking.

I’ll have to unbind it during PvP

Hey man, I just rebound this because it’s legit useful when tanking.

I just remember the mage boss in karazan that does the arcane explosion. We had this priest in our group that would heal, see everyone running, slowly backpedal to the edge, stop right before he got to safety and then die in the explosion literally every pull. We basically 9 manned kara

I will of course be doing a shaman like a sadist. Rogues wreck them and there will be a lot of rogues lol

Hrm, rogues wrecked shaman in vanilla but shaman in TBC were kind of hard. Earth shield was a problem. Totem had to be killed in order to blind since blind was classified as a poison.

Totem had to be killed in order to blind since blind was classified as a poison.

Holy I forgot about this… Didnt play end of tbc-wrath which is why I probably forget. That will be fun.

TBC were kind of hard

Eh for enhance? I’d wear a shield and my buddy would open on me, put me through a whole stun lock, then evasion, then vanish/sap, then prep and do it all again. I’d go from 100-0 without getting a swing in unless I managed to juke the kick.

Rogue is just nutty in tbc. Only thing consistently giving them problems were warriors from what I remember. Even then though.

Holy I forgot about this… Didnt play end of tbc-wrath which is why I probably forget. That will be fun.

Isn’t blind changed to physical damage in TBC and can no longer be cleansed or stoneform removed? I just hope sap doesn’t last a day and a half in TBC. In classic, sap is way too long.

Surely us casuals can get through it. I’d strictly go what looks fun.

I look forward to this. Classic became such a min/max meta, it ceased to be fun to raid with certain groups. No world buff requirements, no flask requirements, no gear check, just show up and have fun.

Rogue is just nutty in tbc

From what I’ve seen on yt and such of the beta, rogues seem to gimp everything unless the target was 100% ready for the rogue. Sl/sl locks seem to survive well. I watched a sham kite with frost shock decently for a bit until prep cds were used then he died lol. The boomy vids I was watching earlier dueled a rogue and sat there in bear form let the rogue open and he actually won it. Couldve been a horrible rogue though.

It’s hard to tell with these videos on what’s being resisted on the other end. I do know rogues get a lot of free kills in wpvp though against unsuspecting targets lol.

Classic became such a min/max meta

yea seeing how the world buff fiasco was going it made it tough to get involved in classic end game for me. Also you can change classic to just wow in general. I think the players are as much to blame as Ion and his team. Hopefully if enough of us stick together we can keep it laid back. I’ve accepted my boomer gamer status.

Edit: also how people were using warcraft logs for classic smashing 1-2 button rotations really made me shake my head in disappointment lol

I do know rogues get a lot of free kills in wpvp though against unsuspecting targets lol.

I mean, nothing has really changed. You saw my silly videos.

Was thinking of something more on the elemental side of things. Trees and all.

In the old days using prep to win a 1v1 was considered very bad form, but there is no honor with kids these days.

If you made a movie spamming cooldowns to win fights you would get roasted. Conserving cooldowns and using only what was necessary was admired. Arena kind of changed all of that because winning became all that mattered, not how you won.

Isn’t blind changed to physical damage in TBC and can no longer be cleansed or stoneform removed?

It went through several changes in TBC, I think. I’m not sure when the changes occured. You used to be able to blind through BOP, for example.

I wasn’t worried when it was 13 minutes past the time for servers to come online. But now it’s 14 minutes and…PANIC!!

What’s the hipster class/spec (you know the one nobody plays).

So now the TBC pre-patch era begins shortly before my bedtime. Good timing.

Good thing I had to work late and Spawn2 had T-ball practice tonight otherwise I would have just been sitting around staring at the screen with a forlorn look on my face. 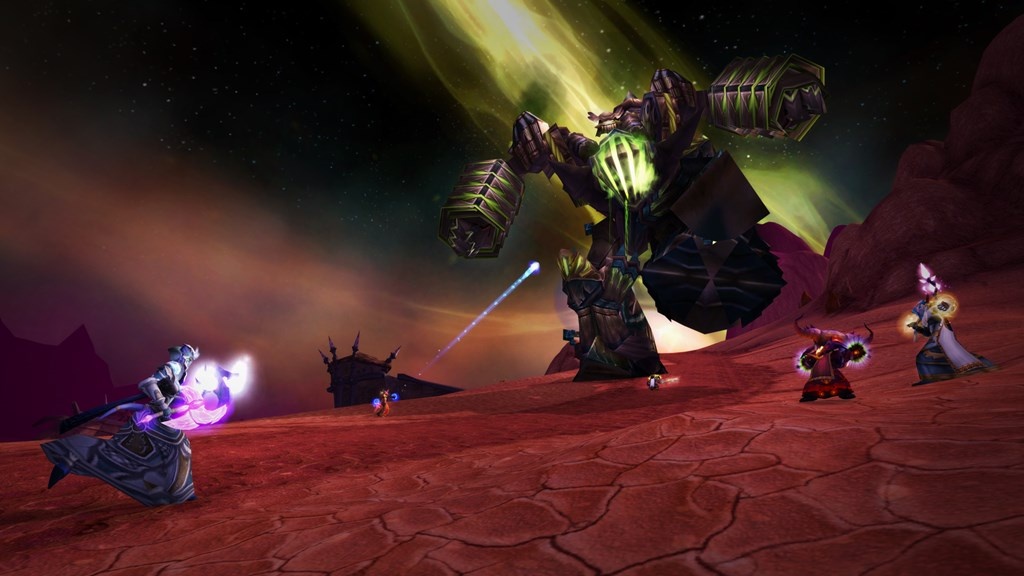 Blizzard has tweeted another tweet, explaining that Maintenance has been extended again to 10pm PDT. You can convert this to your local time at Time and Date.

At least this is an authentic classic expansion launch experience.

Y you do this? This is just cruel.