You had me at flexible raid times. Count me in. I plan on maining an Orc Hunter.

We along with many other guilds are in process of creating a server wide community to benefit all players, all guilds, and all factions of the server. A meeting will be held 1 month prior to WoW Classic launch to determine various specifics of the community. We will temporarily be using the Asgaard discord to organize the first meeting only. After the meeting we will create the community and determine server specifics. The server type will be a “Normal” NA-PvE server. We are currently reaching out to guilds at this time to grow and strengthen the servers community prior to launch. The only requirement is choosing to be on the same server.

The server community is being created to help with the following:

As for an example of an “epic” server community event. Here is one I hosted back in 2015, “link below” . It required literally thousands of man hours from myself to put together. Working on it nonstop every weekend for about 1 year straight. Lots of communication, reaching to every guild I could possibly reach, across all factions, & servers. I was contacting blizzard employees daily to make sure we didn’t crash servers and the event ran smoothly. The outcome was glorious PvP everywhere for 2 weeks straight. Everyone that participated had a blast. I probably wont do anything as “epic” as this again but I could easily manage smaller events on a more consistent bases. Be them a PvE, PvE, or a Community Social event. 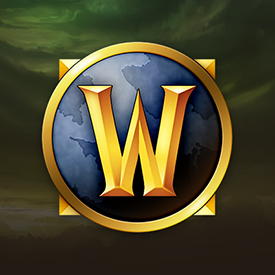 Just added this to the main post. (edit update)

Thank you for the chat earlier today!

If the roster is half as chill as yourself, I’d be happy to call this guild my home for Classic. Very realistic goals and leadership seems like it will be dialed in without issues come launch day.

I need an AssGuard from those pesky Rogues ganking me!

Beware in classic wow for there may be guilds named “The Church of _____ Game Master” filled with “strange” occult individuals… forcing you to become a sacrifice to their chosen game master. Choose your guild wisely.

Bump for some cool cats!

Learn to play. The best guide to ownage in classic wow.

Joined the guild yesterday, and after fixing an audio issue, got to chat with Vvarleader a bit about the guild. Looking forward to the Classic launch and getting to know everyone better.

@teugen : It was a pleasant chat we had. We are looking forward to gaming with you in wow classic as well.

Comparing World PVP in Classic and Retail… The world pvp is definately more intense in classic. But sadly everyone knows that once the first BG’s comes out it will greatly decline WPVP on the server… however the server community system we are planning on running will keep those large pvp battles a reoccurring thing every so often.

Still recruiting. We have open raid positions for those interested.

And heres a video to pass the time.

Hope your recruitment is going well!

A bunch of new applications to the guild yesterday. Nice.

Recruiting still. Also Here’s a nice video to help some people out.

Anyone looking to make gold heres a good guide.

Looks like a got a good groups forming here. So lets move this back u pto the top.