The Summer Season of the 2019 Arena World Championship (AWC) continues on!

The world’s best PvPers in World of Warcraft will clash again this weekend, qualifying for the second LAN of the year: the AWC Summer Finals. At the Summer Finals, teams will compete for $100,000 and two qualification spots to BlizzCon. The first Cup concluded and the top 8 teams of Cup 2 have already been decided in NA & EU.

If you’re interested in catching some of the Open Bracket games, make sure to following GCDTV on twitch. GCDTV is an organization we’re partnering with to administrate and broadcast all these Arena Tournaments, they will be broadcasting the early rounds every Wednesday.

All Top 8 series will be broadcast on Twitch.tv/Warcraft on Fridays, Saturdays, and Sundays during the Summer Season. Each Top 8 broadcast day will begin at 10:00 a.m. PDT / 7:00 p.m. CEST, live on Twitch.

These teams are not only competing for a $10,000 prize pool each week, but more importantly, AWC Points which qualify teams the Summer Finals.

Sign up for the next Arena Cup in your region 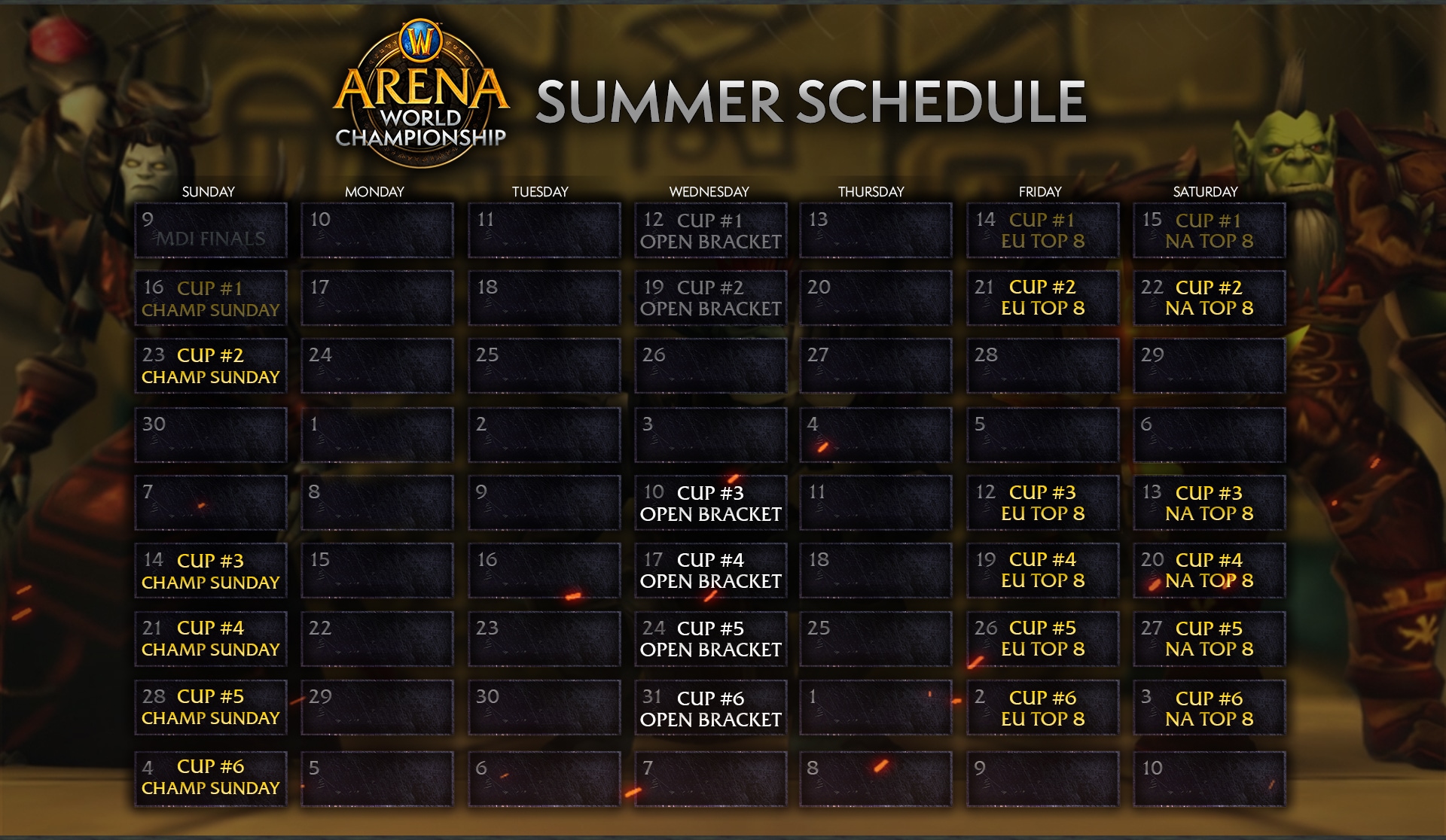 Buff marksman. That is all.