After Waterstrider will Blizzard nerf all older mount functions?

I have to say that after seeing the latest on the water strider mounts, I’m a little concerned about the continued viability of older mounts with additional functions… like those that come with vendors and transmog NPCs.

Waterstriders were hardly used all that frequently as to be worth nerfing. Mostly people would ride on them if and only if they had to walk across water, and only then because of Blizzards ridiculous long term time gating on flight in recent expansions.

But people whip out things like the yak mount all the time to clear bag trash space and update their transmogs.

Seeing what they did to the water strider makes it feel like a test case on whether they can get the player base to accept them destroying all old mount functions, as a means of reducing player QoL functionality to make them have to spend more time doing things they’ve previously earned in order to artificially inflate their MAU metrics.

Did I miss something? Are they obsoleting the Water Strider Mount?

Seeing what they did to the water strider makes it feel like a test case on whether they can get the player base to accept them destroying all old mount functions, as a means of reducing player QoL functionality to make them have to spend more time doing things they’ve previously earned in order to artificially inflate their MAU metrics.

Considering the “functions” of those mounts come with actual extra NPCs, seats, and eject buttons, I’m going to go out on a limb and say: No.

What they should do, however, is “nerf” the sky golem and let us apply that functionality to other mounts as well. I’m so tired of using that damned thing.

So you haven’t been around here long enough

I’ve been around here since day 1 in classic. I’ve seen it all.

And I don’t need to see random forum complaints to know that is simply not how the experience actually is in game.

So you haven’t been around here long enough to see all the complaints that water striders and sky golems were all they saw, huh?

I’m here every day and I don’t recall ever seeing this.

A small clarification to our plans with Mount Equipment–

Hitting level 100 on one character will unlock this system. Once unlocked, the system will be available to all characters, and the equipment pieces themselves will require level 20. If your goal is to have waterwalking while leveling, you can just enable the waterwalking Mount Equipment (there will be one available via Anglers reputation that will be bind-on-account), and it’ll work exactly as before, with the benefit of making all of that character’s mounts walk on water.

There you go.
Just because everyone is still talking about the Waterstrider “Nerf”

Appreciate this. I hadn’t seen this yet. This is not as bad as some of what I picked up off Wowhead.

I came at it with skepticism because of the history of what Blizzard has done when it comes to player QoL concerns.

But… this actually doesn’t seem too bad.

They said they weren’t touching golems. I have a feeling that will change since I got a bunch in my bank. Price will drop out on those I fear.

Does someone have a link to the strider nerfs? I can’t find anything. :o

Sky Golem should be next, we ask them to remove its function and add “Herbing” enhancement, then announce it as content!

Once you take the first step down the path to idiocy, you might as well take all the rest and reach the end of that road.

Good. Im so tired of only seeing everyone on eaither water strider or sky golem mounts while level. I feel forced to use my sky golem all the time for the same reason. Ugh.

Sky Golem should be next, we ask them to remove its function and add “Herbing” enhancement

So Blizzard’s solution to a problem they created is to nerf a mount and devise a completely new system?

Why should I have to spend gold/crafting materials to replace something I already have? Goodbye Sky Golem and vendor mounts.

If they would let the striders keep their functionality but ignore gear so I can actually choose what equipment to use rather than be locked in to the water walking equipment on most toons so that I don’t lose an ability I’ve had for years, I would love it if they would also add herbing equipment (without removing the function from the Sky Golem so, again, I gain options rather than losing them).

I’ve been wanting for years for Blizzard to add something, anything beside the Sky Golem and its recolor that actually lets you herb while mounted. Ugliness and noisiness aside, flying in the Sky Golem gives me motion sickness. That’s not an aesthetic complaint. The blasted thing makes me nauseous.

(And since I’ve heard it before, no, the solution is not “roll a druid”. I have a druid. She’s my main, and an engineer. Making her an herbalist would be stupid, and wouldn’t help the four herbalists I already have. Stirrups don’t fix the problem either. They’re expensive, and requiring me to use stirrups to get the functionality of a mount I already have is basically a motion sickness tax. I was so desperate for a permanent solution that I even bought the Nightmarish Hitching Post, but the transformation removes the Sky Golem’s herbing function.)

Watching people mount up after a world group quest and like 80% get on striders, even in places like Vol’dun.

I very rarely see players on striders outside of Nazmir, or perhaps taking a shortcut across Tiregard Sound.

So you haven’t been around here long enough to see all the complaints that water striders and sky golems were all they saw, huh?

I’m here every day and I don’t recall ever seeing this.

I’ve seen people complaining about how they’re “forced” to use the water striders. What I don’t actually see are a lot of water striders being used in game, unless people are actively crossing water.

Waterstriders were hardly used all that frequently

Does someone have a link to the strider nerfs? I can’t find anything. :o

Because of the dominance of Water Strider, they are removing its ability to walk on water according to T&E. However as Blizzard clarified, if you have the mount equipment system unlocked, you can use the equipment on level 20 characters.

T&E announced that if you have a Water Strider on 8.2’s launch, you will get a free [Inflatable Mount Shoots] item which lets all your mounts walk on water. In addition, if you head to the vendor where you bought a Water Strider, you’ll be able to buy more of this item for a greatly reduced price as an advantage for those who already have the Water Strider. 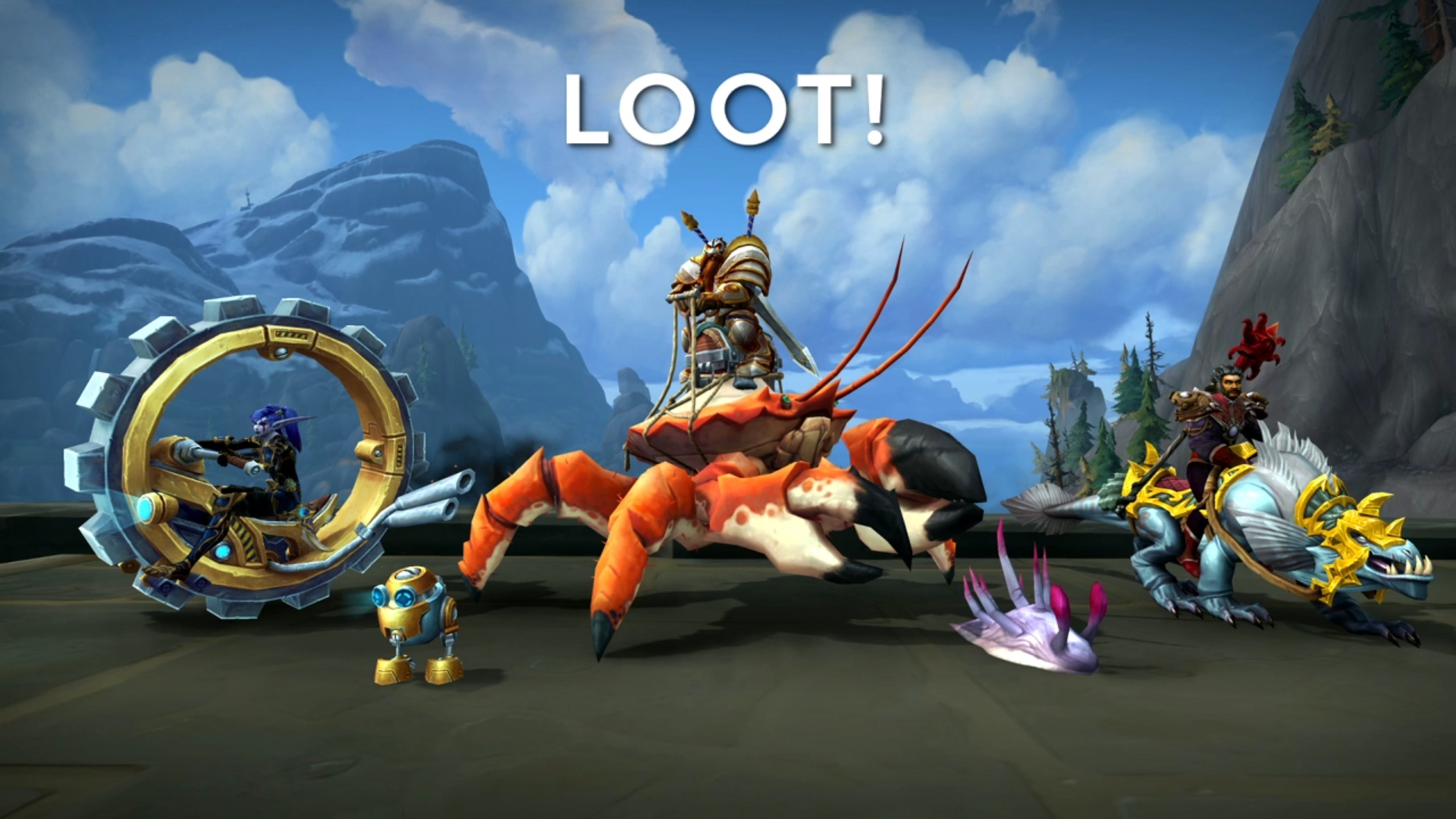 Patch 8.2 Rise of Azshara includes many new mounts and an upcoming Mount Equipment Slot. Unfortunately, it's not all good news, with the Water Strider Mount having its passive waterwalking removed. Edit: Blizzard has clarified that once the system is...

In short, Water Striders won’t be able to walk on water any more. If you want that functionality, you can use an item on each character to allow all mounts to walk on water. If you already have the water strider, you’ll get one free item and can buy more at a discount. The item is BoA and can be sent to alts.

There will be other mount equipment things that provide other functionality (like a parachute so you can jump off high places without taking fall damage) but you can only use one at a time and it’s destroyed when replaced, like gems.

It’s not “overboard” at all to see this as yet another step toward removing even more features, conveniences, and content from the game. This expansion we get “equipment”, next expansion it is removed and replaced with nothing.

Where did my Findle’s Loot-A-Rang go? It was nerfed into uselessness after I paid much gold to buy it on 40 characters.