Hey all! I’m 2/10M looking to push my limits even further! If your guild is recruiting and you want to get me a trial hit up my Bnet omgnowa#1125

Raid Times: Tuesday/Thursday 8pm-11pm EST Moted is an AOTC guild focused on clearing AOTC each tier, and then pushing as much mythic content as we can. We are a chill group of players who have some extensive CE experience (World top 100) but we’re looking for something more relaxed. We have a lot of fun during raid and encourage each other during the harder fights. We do not tolerate toxicity or negativity. Wiping is frustrating as is and we do not need negative attitudes bringing down team mor…

bumping. Look forward to hearing from you.

Hi Nowa! I think we’d be a great fit. Take a look and let us know. Happy to chat more!

About Us LAN Party is a newly formed, semi-hardcore guild that focuses on environment above everything else. We are a performance driven guild who still knows how to have fun. Outside of raid, we aim to build up our M+ and PVP community. We are building a core base of players who are looking to push keys daily to farm gear and IO as well as boost their CR. Recruitment Needs We are building back to a 20-man roster ASAP with quality players. Our core group is already AOTC and a few 2/10 M. Our …

I’m one of the raid leaders for Salty Sea Doggos on Emerald Dream. We’re currently 9/10 H, 1/10 M. Our raid times are Tuesday 9pm-11pm CST and Thursday 9pm-12am CST. The goal is to be as efficient as possible with our raid times and have fun progressing as far as we can. Once we get a firm roster we’re looking to push even father into Mythic.

I sent you a friend request on bnet if you want to talk more! I’m dlinedj#1911

Hey there Nowa!
Im one of the raiders in a guild named Malignity over on Area-52. We are in need of a couple of players to fill our roster for upcoming mythic progression.
We raid Friday, Saturday and Sunday from 11pm-2am est with the pure goal of getting CE this tier.
In just 2 short weeks we achieved AOTC as a guild and with a core foundation of CE players and an amazing raid lead we believe CE is not to far off.
I went ahead and added you but if you want to here more about us I will list my Bnet and Discord below.

Hey Nowa, dropping my thread. Hit me up if you’re interested

Hi all, this is Huhi and Kyrnanaya of Area 52! Looking for some big pumpers on the ranged DPS! Come kill Hungering with us

Guild provides flasks/food/enchants, so with us you wouldn’t worry about anything. What we’re looking for: *People who want to break into raiding. *People who are looking to learn and be more proficient players/raiders. *Night owls who can’t make other times work but still want to raid. *LGBT people who want a safe and fun place to raid. *Seasoned raid…

Hey Nowa! Group Therapy raider here from the Bloodhoof/Duskwood server. Our guild is currently 9/10H with very close to kill progression on H. Denathrius. We too are looking to progress into mythic CN but need just a few more dedicated ranged dps to fill out our roster! We raid Mon/Tues 7-10pm EST, as well as push mythic plus keys and rbgs. We are a very laid back guild and love to hang out in discord and just have fun! My btag is SammyJane#1591, if interested send me a request! Good luck in your hunt for a home, we’d love to hear from you!

Please take time to look over our guild recruitment post and if anything positive for your needs sticks out to you, please allow us to speak with you over discord. We would love to talk to you.

Newly Formed
Elusive - Alexstrasza
10/10h - 1/10m (1 night of mythic progression so far as we are newly formed, huntsman 40% with 30 minutes of progression)
Raid: Weds/Thurs 7-9:30Pm CST. Tues(Optional)
Off nights: We also are currently working through rbgs/arenas getting people their 1600/1800/2100 for gear upgrades. Currently working on KSM in mythic+ as well. With upcoming recent valor changes, this is quite important.
We have several 2100+ arena players as well as a few gladiators.

We are looking for a few more talented players for our mythic progression team. We expect to be 3/10 Mythic next week (2-17) with more progression to come!

We have a solid core group of players that are fantastic! We strive for a positive guild environment and we will not tolerate anything less. We have a firm rule we stand by that the best 20 go during progression. This is not meant to be a negative thing, but we need players to understand this. Our main goal in this guild is to progress. You must have this same mindset and hopefully strive to be one of the best 20. With our relaxed raid schedule, it’s important that we are efficient with our time, show up promptly, and are ready for quick pulls. Researching fights, having 90% attendance, and performing your role exceptionally are requirements to be on the Mythic raid team.

Again, all applicants are welcome and exceptional players outside of these classes will definitely be considered.

I would be interested in speaking with you if you are still looking for a guild!
9/10H Donnie at 7 percent!
Quick info

GAINS 9/10H(Sire @5% and half the team already AOTC) is a newly formed mythic raid/high m+ team based on Tichondrius! The goal is to recruit players that are competent enough to push for CE and competitive m+ keys each season.

Who is Jonpocalypse??
I will be your Raid Lead and GM of the guild! I’ve been playing WoW for 7years and have experience in min/maxing dps/tank roles. I’ve mostly been playing a dk(all 3 specs) with a focus on blood dk for the past 2.5years. I hold myself to a high standard and strive to lead by example. I’ll always put in the work to improve, take criticism, and push my character to the best it can be and I’ll be expecting the same from everyone else on the team.

Who are YOU?
You should be someone that can also strive to be the best on their main character and be committed to sticking out your main character through progression fights until the end of the tier. Someone who can stay positive and knows that progression means PROGRESSION, aka someone who doesn’t explode after 5 wipes on a progression boss. This is NOT going to be a casual team so there WILL be requirements during/outside raid nights. If you are not ok with/able to commit to playing more than the raid nights, DO NOT join the team. There will be a spot for you in the guild where you can hangout, just not a spot in the team.

Recruitment Needs:
NEED ALL DPS CURRENTLY. Tanks are looking locked in now. Healers are not 100% locked in yet.

Do not hesitate to apply as long as you can commit to the requirements below!

LOGS ARE HIGHLY RECOMMENDED TO JOIN. If you do not have them then you’ll be under review heavily as a trial.

What are the requirements for Raid nights?
-Be on time! If you’re early, you’re on time. If you’re on time, you’re late. If you’re late(more than 3 times a month), you’re not part of the team.
-All slots gemmed and enchanted
-Come prepared with multiple health potions, battle potions, and personal food
-Come to raid knowing your role and mechanics of the fight
-Loot will be Personal with an emphasis to pass off loot if your main spec doesn’t need it

If you’ve read this far and are intrigued to join please fill out this application and we’ll contact you if you’re a good fit: 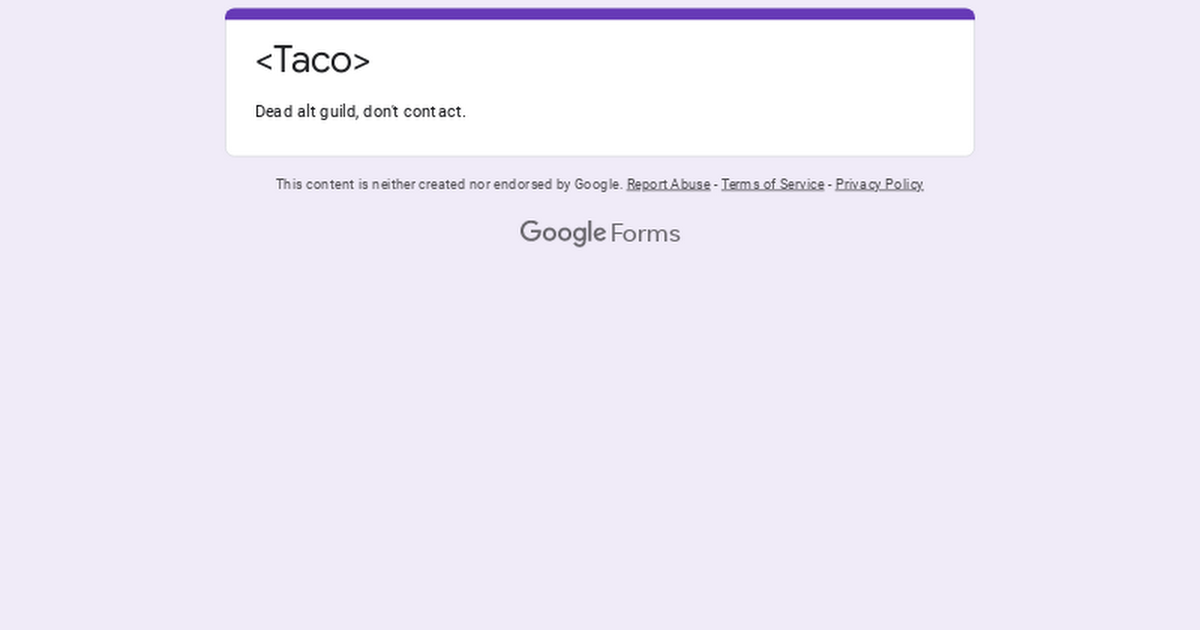 Hi Nowa, Beyond Reasonable Clout is a brand new guild looking to make its mark on the world! Created by former high-end mythic raiders migrating from Alliance for Shadowlands (I know, real original). Our mission is to create a strong stable guild that has a reasonable work/life balance. Our philosophy is success through sound decision making, and not brute force or waiting till we out gear everything. For the first tier Shadowlands our goal is to get heroic cleared quickly and build a core squad to push into mythic.

Values:
BRC is looking for all players that have the ambition to learn, grow, and succeed as a guild! We strive for greatness but overall we just want to enjoy the hardest content in the game. To help prevent drama we have opted for a 3 officer council system instead of a top-down structure with a GM having last say.

Recruitment:
BRC is actively recruiting all members but specifically for the raid team our needs are: