9.2 and the increased flying grind

As annoying as it always is to wait to obtain flying, I understand the reasoning for it. You explore and experience the world in a different way on the ground. Flying is insanely convenient, and also gives a new perspective to the world.

So I’m not opposed to waiting to be able to fly. I’m opposed to how long it takes to get it.
For a few expansions now (excluding Shadowlands) we’ve had the pathfinder achievement unlock flying for us. In Shadowlands, this was simply locked behind renown gain.

I’m a big fan of locked behind renown gain - But I would have preferred to see it be at renown 40, as opposed to in 9.1. Locking it behind something like renown is something that we passively gain through our weekly activities, without going out of our way to have to complete obscure side quests and reputation for Pathfinder.

Now, in 9.2, flying in Zereth Mortis is tied to the new Cypher progression system. Again, a natural progression system for the patch. Something I am not opposed to. The annoying side of this is the new change to the PTR build I’ve seen in a few YouTube videos.
This change is going to drastically increase the time it takes to achieve flying… and my only question is why?

So I would ask Blizzard, what is the motivation behind this change? Why time-gate flying even further?

On a similar note, when, if ever, will flying be allowed in the Maw? 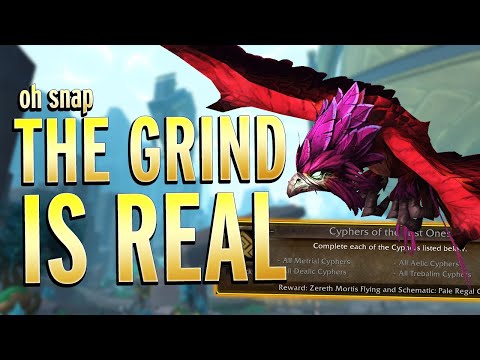 93 Likes
Don't bully the Council - allow them to do their things
QoL / “Bring Back” Wishlist
RIP Worldpvp ( Community council Member )
The future of Mounts and Flying in WoW
Kretias-ravencrest December 31, 2021, 1:22pm #2

Its amazing how that actually slipped past me. Guess i was more busy during December than i assumed.

Anyway, i dont get this increase for the requirements for flying either. At first it was, from what i could gather, relatively tame and people seemed to be in agreement with that. Probably because timegates like that arent well received since a long time by now and have become a meme in itself. Not to mention the conspiracy theorists here and there.

If they wanted to increase the grind a bit more because it was “too easy/fast” then why not, for instance, alter how the cypher research works. Remove the research timer and increase the cypher cost/obtain rate accordingly so people can, if they want for whatever personal reason, chill or hardcore farm the stuff at their own pace without feeling once more to be behind a timegate wall for the sake of timegating stuff.

Some would farm it in one swoop (and i will probably be among them just for the sake of it) and others would do it at their own slower pace. Given its just flying its not gamebreaking so one doesnt feel forced to obtain it while an additional timegate leaves a sour taste in a lot of peoples mouths.

Id like to be able to wpvp a little before it becomes totally dead with flying so im glad they extended it. I get what your saying tho seems like they extended it even further for no reason

I think the real issue with locking flying behind grinds/renown/other walls isn’t really that we have to do something to earn it, it’s that flying itself is busted and requires these heavy-handed solutions not to completely trivialise large portions of the game. In other words; the issue is level design.

Flying is not just a convenience, it allows you to effectively skip large portions of the game in order to get straight to the end goal. As is pointed out here:

Id like to be able to wpvp a little before it becomes totally dead with flying so im glad they extended it. I get what your saying tho seems like they extended it even further for no reason

… world pvp just doesn’t work when flying exists, because you can just fly high enough that no players can reach you. The same can be said for many enemies in the game, they’ve been put there for a reason, and if you can just fly past all of them and ignore them, they suddenly feel much more pointless. No wonder the devs don’t want to give you flying to start off with, they want you to experience the game as they have designed it, and flying breaks that because it is so powerful.

… but I do think they’ve gone about it the wrong way. The issue is level design, and much of the level design doesn’t factor in flying. If you can fly away to safety so easily, why put threats that can be countered that way in, in the first place? The only way you can now justify that those threats exist, is to say, “you can’t fly here yet!”… if the levels were designed with flying in mind from the get-go, we wouldn’t need to gate it behind a grind.

If you ask me, though, I also think flying is too powerful. You can quite literally get out of reach of enemies within seconds with a flying mount, and NPCs are leashed almost as soon as you take off from the ground. Once you’re in the air, you’re practically invincible and you can even AFK. I understand why no one wants to change this system as it exists now, though, because people might find it jarring to have this insanely convenient system made more complicated. Just some random ideas I’ve just had: add a wind-up time before you can start flying, make flying an active process where you have to press space to flap your mount’s wings (or equivalent), add threats that exist in the air that forces you to react to them.

Ultimately, I think gating flying behind the big Zereth Mortis cypher system is okay, I just think it’s a bad solution to a wider problem. And if it is going to be gated behind a system: don’t gate it behind a grind, because that will make players want to rush to the finish line and cause them to burn themselves out, and don’t gate it behind an arbitrarily long timegate that will only cause frustration. My suggestion (beyond fixing flying/level design) is gating it behind doing all the quests, and then 50% of the rares and 50% of the treasures, or something along those lines.

Just some random ideas I’ve just had: add a wind-up time before you can start flying, make flying an active process where you have to press space to flap your mount’s wings (or equivalent), add threats that exist in the air that forces you to react to them.

Alternatively, could we have more enemies that can chase you into the sky and become more powerful in aerial combat? Enemies like the Mawsworn in this expansion would fit that idea well I think. Give them a large aggro radius to take the safety out of flying.

My suggestion (beyond fixing flying/level design) is gating it behind doing all the quests, and then 50% of the rares and 50% of the treasures, or something along those lines.

I like this idea. Although I will stick to the renown unlock being the best unlock since the pathfinder era. I didn’t mind it being behind the cypher in its first rendition, but the issue I see is that the timegating was just increased without explanation or seemingly logical reason.

I can say 100% that if flying is gated behind treasures and doing all quests no PvPer will have it yet again. 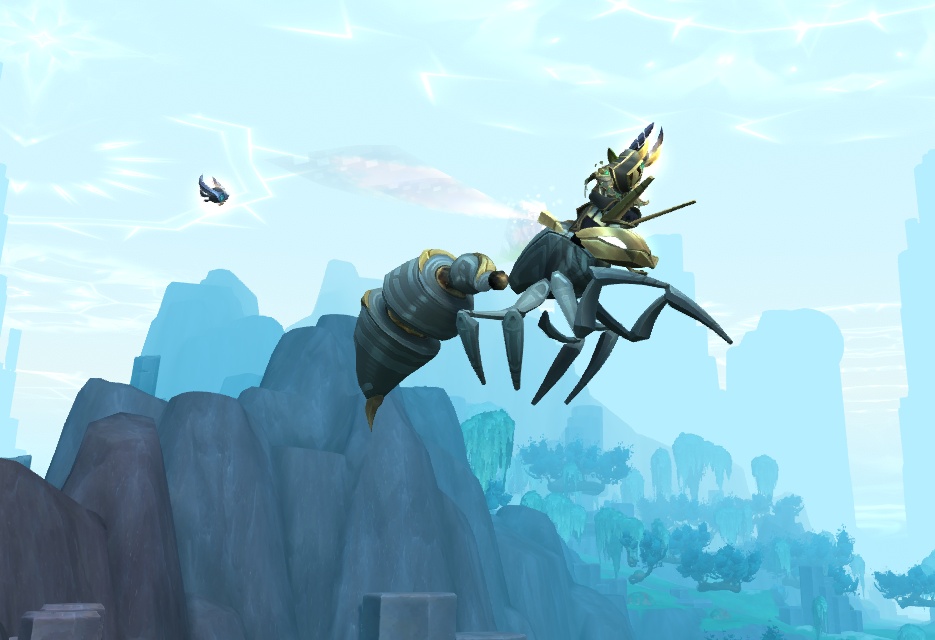 On the latest Patch 9.2 PTR build, the requirements for flying in Zereth Mortis have been changed. A new achievement was added, and it should take 2 weeks to earn Zereth Mortis flying!

Very, very happy to see this!!

Link straight to the source right here on our forums.

Thank you for the feedback in this thread. It was very helpful to development on this.