Is it worth noting that the quest that confirmed Helya was still alive had the line “You cannot kill death”?

At least we don’t have to look Sadfang in full cgi anymore.

This, was just, so dumb.

God and we have wait again for final patch.

At this point that only way it would be all worth is if Azharaa forms form her own old god faction and we can free ourselves from these morons.

So…
I got a month of game time, logged in and played the campaign without spoilers.

Horde has no leader, the Alliance has no relevance, Tyrande is defecting, Genn is pissed, war crimes are forgiven until the Horde performs some new ones in 9.0, I’m beautiful and well animated and I feel I just payed a month sub for 3 pretty cinematics and 15 seconds of dialogue with Calia.

Sylvanas is just plain evil, I’ll join the smugfest and greet all forsaken posters with a big banner that reads “I TOLD YOU SO”, and laugh as the Sylvanas fans attempt to mind flex into an excuse that proves she’s actually a hero of the horde.

Neat, do you have the full dialogue? Can’t get on to do this for a while and super curious.

I loved what I just saw in the cinematic.

Ok. It’s no secret that I haven’t been a fan of the story direction this expansion. And this cinematic doesn’t change that. The Horde murder of a city is never properly addressed, with all the blame being shifted to Sylvanas, at least by Anduin, who speaks for the Alliance. So Alliance characters don’t get a payoff commensurate with those stakes. And Horde characters get to know that they once again spent most of an expansion busily working to advance the schemes of a super villain. So…yeah.

I liked a lot of things about these cinematics, taken in their own right. I loved the little callbacks to Saurfang’s story (i.e. his “Let it be finished”, etc.). I liked his character moments, such as how he goes out thinking that he has never known honour. I loved the spectacle of the Mak’Gora. The parallels to Varian’s death were effective, if kind of overt.

I was also left confused. Is Thrall in charge of the Horde once again? He was the only one speaking for it after Saurfang. Are the Alliance and Horde at peace now? Is there going to be just one faction, a “For Azeroth” faction? Are the Night Elves still part of the Alliance? And most of all…what is Sylvanas’ big plan? Supposedly the war campaign is over, but that is one very big shoe left to drop.

And I think it is going to drop on Stormwind.

And most of all… what is Sylvanas’ big plan? Supposedly the war campaign is over, but that is one very big shoe left to drop.

And I think it is going to drop on Stormwind.

Presumably, since in the loyalist ending she refers to corpses “filling the streets”.

I BETTER get a Tyrande loyalist option because this is some bs. I’m pretty sure Tyrande is going to die seeing as how Blizzard has slowly killed off all of my hope (pun intended) but i don’t see Tyrande getting cinematics dealing with her pain, or hell even Malfurion, those are for characters like Jaina and Saurfang! This honestly breaks my heart seeing as i’ve adored Tyrande and she’s been my favorite for such a long time but i guess i just need to wait and see <3 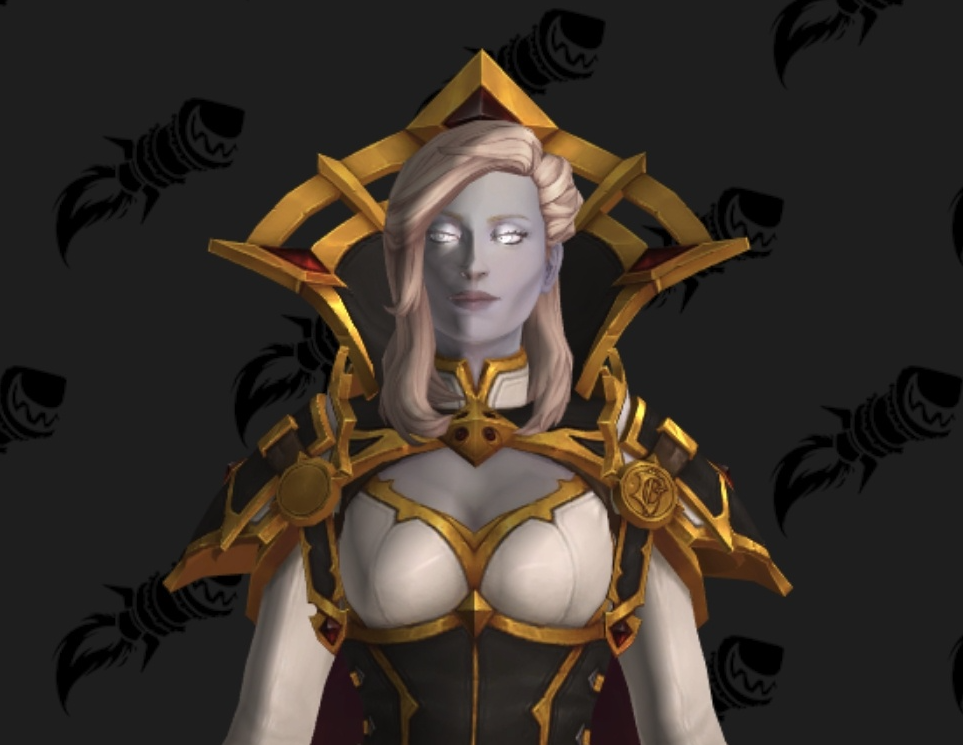 After the final cutscene of the War Campaign, the Alliance head back to Boralus, where there's an epilogue quest involving Jaina, Calia and Derek. Spoilers.

I just saw that event in-game.

What’s the boo and hiss?

Just being dramatic about the potential of Calia ending up as the leader of the Forsaken.

Bets on next Warchief?

It’s going to be Baine, but it needs to be Thrall or Lor’themar.

I thought she be leader of the “Redeemed Undead” Allied Race.

So on the bright side… At least Eitrigg isn’t holding a grudge. 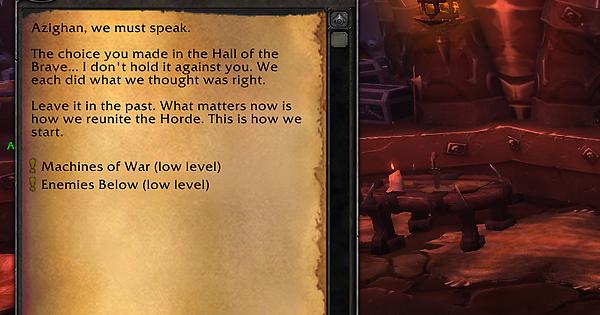 Could be, but they are still a “maybe, maybe not” while the Forsaken are currently leaderless and need big changes after losing Sylvanas.

I thank the OP. I probably wont get a good sit at these quests until tomorrow.

Thats good. I like Eitrigg. One of the few characters I can still say that about.

Horde can apparently see the same conversation if they talk to Voss, at least according to the Wowhead comments. Seems like we have Calia’s first two subjects.

Okay. I’m going to try to be objective about this. I’m not secretive about my dislike for the story…

But I’m glad that’s the breath of the civil conflict. I was super afraid we’re going to have another civil war, even if it didn’t lead to a raid. Saurfang sacrificing himself to avert a full blown civil war is actually better than what I was going to think would happen.

So there, I’ll give props. The conflict resolved better than I thought it would.

But Sylvanas’ freak out was weird. A little out of character. She also ditches everything. I guess that’s how we answer how the Forsaken stay in the Horde, Sylvanas just abandoned them as well? Horde is probably all they have now.

I’m also not convinced the Alliance should be okay with this. Anduin and Jaina. sure, and some others. But Tyrande and Genn. I feel like they should still want the Horde gone.

Sylvanas is obviously not done. I can’t quite tell if she’s the Gul’dan/Garrosh of the expansion, survives to lead us into the next one, or if she’s more akin to Illidan, and there’s a greater role at store.

On the bright side, her ef-fing off already has me more motivated to play Horde.

It also seems like they are increasing faction communication, not removing factions, from that speach. At this point of the story, I’d rather the factions remain. Wait a while longer before we melt them entirely, the Alliance and Horde aren’t ready.

Horde can apparently see the same conversation if they talk to Voss, at least according to the Wowhead comments. Seems like we have Calia’s first two subjects

Taking the stance that the factions remain, which seems like how they are going about it. It would fit with Calia’s whole “They are BOTH my people!” stance. Forsaken on Horde and living on Alliance. Let you pick.

Well there are some Night Elves present when the combined Horde/Alliance forces attack Orgrimmar, so not all Night Elves decided to decline the call for cooperation like Tyrande did.

But yeah, Tyrande is definitely being set up as an antagonist for later stuff. Seems she hasn’t had enough of her revenge.