Lol, what percentage of the available mounts ever do you think meet that description? 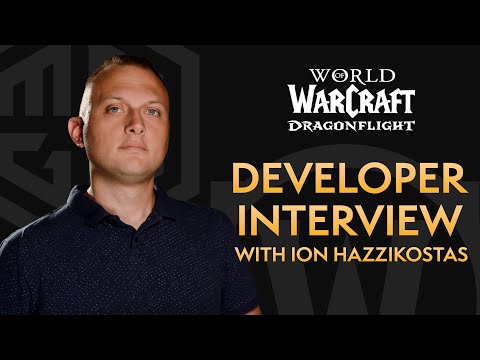 Ion: “Something to recognize the accomplishments of our most engage mount collectors” - Recolor Yeti

Ion: “The bar so high that it start to feel like you need a bunch of sort of unfair mounts…no longer available or promotios”, Devs did those mounts no longer available or added those via promotions , Devs really should check the amount of mounts in game, he mentioned that if someone joins the game today, then that player can actually achieve this reward, well that’s why mount collecting need improvements like bad luck mechanics and less limited time rewards.

Devilsaur mount not another boring reskin.

Agree. I wish it counted both faction mount. The “on a single character” annoys me

Yeah I feel bad for the mount collectors on this one.

Hopefully if you guys keep at it with the feedback on how awful it is, they’ll change it.

Now is the time to be heard about it

they couldve added saddles to draenei or gnomes even but we have this yeti creature that looks like a mutated half breed with a donkey kong face.

I only have one feedback for stuff like this: more

Mounts are great but what about Fashionista achievements?

Collect 200 back slot appearances. In the Appearance Achievements category. Added in World of Warcraft: Legion. Always up to date with the latest patch.

A quick wowheading shows there’s over 3000 cloaks available to players, can those achievements get expanded as well? I’m personally not interested in any reward outside of the achievement itself like the mount achievement has and would just like for more milestone achievements for collectors

Thanks Chimes, Collectors appreciate this kind of response, I think players know that a lot of things on alpha builds are subject to change but the perception on players matter a lot, that’s my feedback since using the Yeti as current presentation caused a lot of mix emotions. I felt disappointed but now glad that you are listen to us.

Maybe just doing like Slime saber, mention a name or just the achievement without the reward until something that you really like as player and dev reflects your vision.

The yeti will be changed to a different mount (not a yeti) in a future alpha build, though not necessarily the next one. Feedback like this is always useful, and please take this as a reminder that things you see in alpha builds are subject to change.

I also recommend looking into reintroducing removed mounts, and in a way that makes their difficulty to obtain them equal to or greater than original. It’s a great way to give new and returning players a shot to grab the mounts without giving some players a feeling that their efforts were diminished.

Please make it something unique, truly unique or very special and can fly.

After Ion response, looking into mounts in general should be a good thing for collectors, we don’t get new achievements because this philosophy around removed content and promotions as mentioned by Ion.

Please add the current Gladiator mount model to this achievement. (With or without armor, I don’t mind. And with different color ofc.)
There’s no other mount in the game like that.

Honestly a Yeti is fine, just make it celestial and able to magically fly. Or something else if fine to, but for 500 mounts it should be something special.

What I’d love is to see mounts reworked to following.

What does this mean? Well think of artifact weapon system. You get the weapon, but then every skin for it, is a sub type of parent.

Imagine mount journal where you click on cloud serpent and under it is all the variants you unlocked.

you can then take collect achievements and break it down by same.

Collect x base form mounts, and this would be one that is easily tuned around a specific target of needing at least one of every type for example. Far as I know game has never had any mount type removed. variants but never a full erradication. black proto for example is gone but protodrake type has and never will be nuked.

The second achievement type would still be for variants but in a far more interesting meta type way “collect at least x protodrake variants, cloud serpant variants, etc” and when you meet criteria of variants, which would consider how many were removed, complete the new meta achievement. That would also be more interesting.

Anyways, it’s more work but I think is far more engaging than ever inflating undertuned count.

Hopefully it’s a cool mount. Maybe unique model wise. As 500 mounts is certainly a high number and long commitment to the game.

Devilsaur!!! Please for the love of the Mankrik’s wife make it a Devilsaur. Yes i said it already but just felt it needed repeating.

hell hath no fury like a mount collector scorned

Yep, we agree. The yeti will be changed to a different mount (not a yeti) in a future alpha build,

this is excellent! thank you!

also whoever came up with the name Mister Muskoxeles is a genius, a hero, and deserves a big fat raise.