5 games have you beaten in a lifetime

Arcanum: Of Steamworks and Magick Obscura

That game was so good, they really went all out on the world building.

EDIT: Doubtful, but your tank game wasn’t Stellar 7, was it? 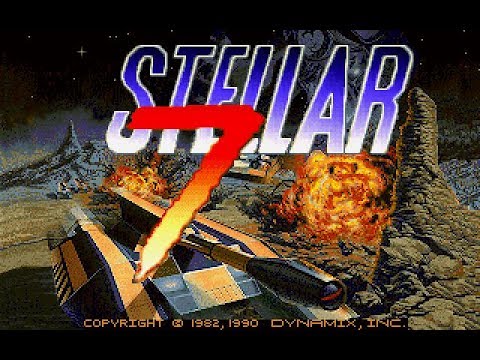 World of Warcraft would sit at the top of this list simply because it has been such a massive part of my adult life, at times a comfort in rough seas and at times a source of consistent strife and tension, always there no matter how much I come to resent Blizzard or how much I pine for my subscription. But it’s not nor should be the alpha and omega, so here it goes: 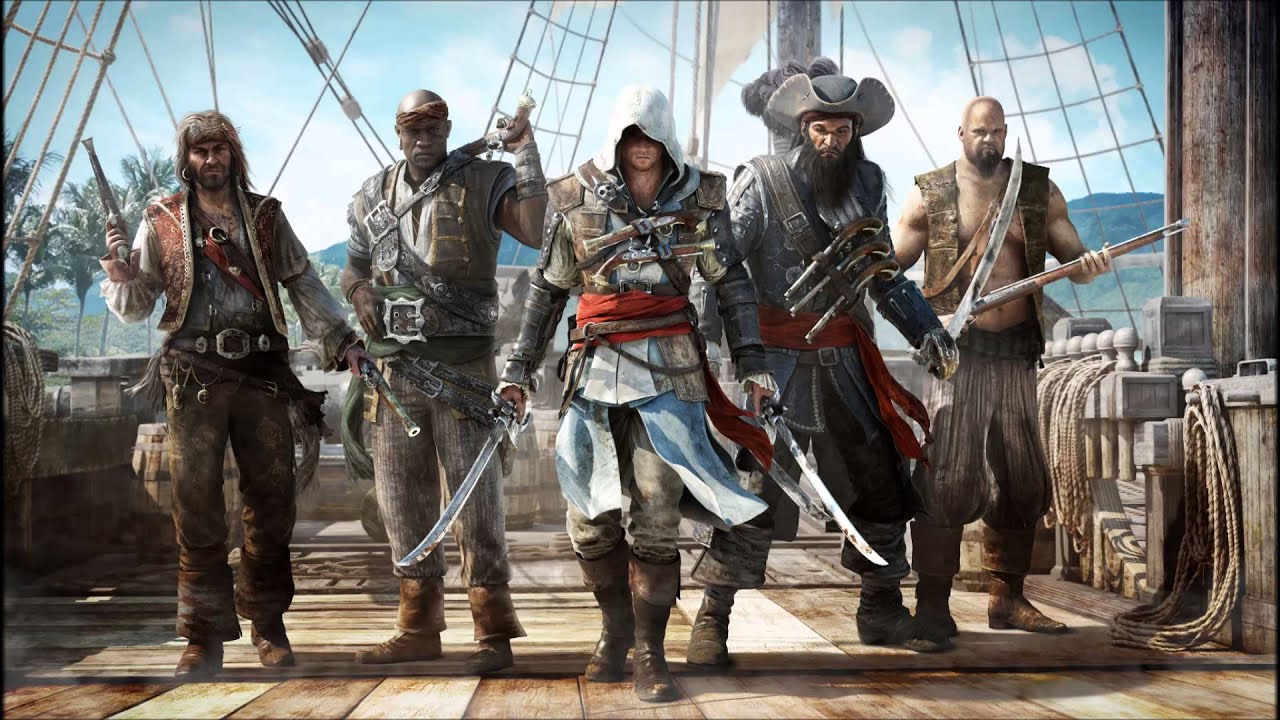 What can I say? I really love Star Wars. I got Allied Supreme Commander on Rogue Squadron. Pretty proud of that.

I never completed the pokedexes though. But I am so close on Fire Red, Ruby, And Shield. Almost there. One of my best friends in California introduced me to Pokemon and I have loved it ever since. I still remember the Pokemon Vs. Digimon war from that time. You could not like both. That was not an option. Had to pick a side. Even though I thought some Digimon were cool, I had to side with pokemon. Now I like Digimon a little more despite only playing some of the games.

Oblivion was my deciding factor in getting an Xbox 360 back when they first came out. It was a console exclusive back then and I played that game so dang much. Then Skyrim came out and the love continued. My interests shifted from Sci-Fi to High Fantasy.

I have always loved stories and history. When I played the first one, I didn’t think I was going to like it. Assassins had never been my thing. I was pretty lawful good back then. But the setting, the mystery, and the sword fights won me over pretty quickly. Kept playing them ever since.

These games hold a special place in my heart. They helped me through some dark times. The love I have for these games I gave to my husband and it is one of his favorite franchises. He was quick to play each one to 100% completion.

So how about games I have not beaten yet? Why not, right?

I mostly played this as a kid but was never able to finish either of them. I got to the Haunted House in the first one and the Land of Fire and Ice in the second one. I feel if I picked them up I would finish them.

I keep restarting Ocarina of Time and the furthest I have ever gotten is the Water Temple. I get lost in there. And for Breath of the Wilds, I am still working on it.

We repeatedly learned about the French Revolution in middle school and high School. When I found out it was the setting for Unity, I was not very thrilled. Still, I tried it. I tried it multiple times. I don’t get very far before I get bored and stop playing only to try to pick it up again and restart.

Despite liking the setting and feel of this game I have the same issue as I have with Unity. I pick it up, honestly go decently far, get bored and stop playing, and then play it again and restart. Maybe one day I will beat it. Who knows.

I restarted 4 a few times but the last time I played I actually got far. Crime games aren’t so much my thing but it is alright. I liked 5 a lot better. The only reason I haven’t beaten it is that my save was corrupted and I last all my progress. I was about 60% through the game. Played a few times since but I haven’t gotten back to that point. I still feel discouraged by losing that one save.

This was gifted to me not long after it came out, and I felt really bad about not making use of it as a gift but my god I could not get it to run.

What was up with it? Was there something wrong with it? I know I heard that it had a lot of bugs when it came out.

Oh it was a mess. The most elaborate and pricey gaming rigs in the world had issues running it at release, it was so terribly optimized, and it took a substantial number of bug fixes before it was playable.

Ouch. Sounds like the fiasco I heard about. Thankfully their latest games have done much better on release. As far as I know at least. Looking forward to the next one.

Shadow of Mordor & Shadow of War, and Dragon Age: Origins, II, and Inquisition.

I’ve owned The Witcher 3 on two systems now and still haven’t beaten it on either!

EDIT: Doubtful, but your tank game wasn’t Stellar 7, was it?

Sadly not. It’s been so long I can’t even trust my own memory when it comes what the game was even about. But I can say it’s not Stellar 7. I remember there being a romantic subplot with a blonde woman. I want to say her name was Sasha? And your friend dies halfway through the game after your base is attacked.

Oh man, I remember Jersey Devil as a kid. The level at the shipyard docks always got me until I managed to get past it and beat the game. Even got the 100% ending, too.

Another 5 games from me:
1.) Super Castlevania IV - One of the first games I remember my mother playing. She loved it but with three kids and a full time gig, she never got to play much, but she enjoyed watching my brother and I be hilariously bad at it.

2.) Hook - Played it as a kid, always died in the waterfall level because I would always just run out of pixie dust before that one landing.
And then in college, I realized you could dash while flying and go faster. Beat it within the next hour. Took me 15 years to finish that game.

3.) Mega Man X - I think I like side-scrollers. Love robots and the music was a real banger. Looking forward to 30XX on steam.

4.) Mount and Blade: Warband - I sat down and dedicated myself to becoming King of a unified Calradia. Finished it three days before Bannerlord came out.

5.) World of Warcraft - Sure, sounds laughable since it’s an MMO, but my friends and I started back right before WotLK with a goal: Beat the burning legion.
Did that. Sent them all screenshots (they haven’t played since end of cata / mid-MoP). WoW is considered “beaten” to me since then. Everything else is just fluff.

1.) Dead Space - I’m a huge baby. Every time I started it, it was while another friend wanted to watch me play. Eventually scheduling conflicts happened and I never completed it.

2.) Silent Hill 2 - Parents, please be wary of what your kid rents from a store / downloads a demo of. I was ten / eleven at the time. We don’t talk about it.

3.) Tomba / Tomba 2 - Never could figure out the massive, sprawling world of Tomba and the subtle clues for completing quests. I got really far in Tomba 2 until one day I hadn’t saved in like… nine hours? My grandfather accidentally flipped the breaker switch to the wrong part of the house. All that wasted work and I just gave up.

4.) Road Rash - Probably my favorite racing game. Disgusting punk rock images, a great soundtrack, but at some point the game just gets impossibly hard unless you know the track by the half-frame.

5.) Grandia II - I love this game. I do. But for some reason it’s cursed. Every time I install it, play it, and get into it with the intention of beating it, my computer either craps the bed, game gets corrupted, or /something/. It’s infuriating.
One day. I swear to the Gods. One. Day.

I am so sorry you will never know the joys of dating Millenia.

Furthest I’ve gotten is the boss fight against Melfice.
The /actual/ boss fight.

I missed a week of work playing Grandia II as I had just gotten a DC.

Every SNK-era King of Fighters ('94 - 2000)
Y’s Books I & II
Y’s 3 (SNES version)
Dune: The Battle for Arrakis (First RTS I ever played, on the Genesis)
Neutopia (TurboGrafx version of Zelda)

No real order here! Was hard to choose some of these over others, what a fun thread.

Final Fantasy Tactics PS1
My first jump into grid based tactical RPG’s, and one of my favorite games of all time.

Legend of Legaia PS1
Truly an interesting combat martial arts system. Combo’s were based on ‘where’ you attacked (High high low, etc). Great game and story!

Skies of Arcadia Legends: Game Cube
Such a fun time! Being a Sky Pirate and going on adventures, mapping the world, fighting things! Ah~

SW:Kotor 1 (Xbox or PC)
Star Wars is a universe I love to get to explore when I get the chance, and rarely we get a solid RPG esque title. Obviously stated by many others, but still a good memory.

Deus Ex: Human Revolution / Mankind Divided
I love transhumanism and the stories that kind of relate to that future. Loved the stealth options for play and generally enjoyed the story-line and dialogue choices available in the game!

Bonus: The Matrix: Path of Neo. The greatest Matrix game ever released. The final boss is effing perfect. I replayed this game countless times, reliving my favorite scenes, and more, from the movies. Can’t wait for the new Matrix movie to release.