so umm what happened to this being launched in a few months?

20th of August, it’s only the 8th of Oct, we’re not even at the months part of a few months yet.

Maybe you guys should Actually put time and effect into fixing the Game and redo everything with the Campaigns like was promised at Blizzcon 2018 instead of a soulless cash grab.

Do what Starcraft 2 did. Make it better and fun. Same with the original instead of abandoning it.

Lol still no profilz and make people use bnet ladder instead of alt fan made servers? Lewl thats what I mean with that pace

Dota creator Eul aka EvilNico (Mellon Davidov aka Logachev Egor)
Good day!
I am having problems with the American company Blizzard Entertainment in part of one of its products, namely with the game Warcraft 3 Reforge. The bottom line is that they updated the old version of this game for new engines, completely changing a lot of things, but as a result, a lot of errors and lags arose, as a result of which there was a lot of indignation from the players who purchased this version of the game and demanded a refund … There were so many dissatisfied players that they were forced to make decisions about the return of funds to all players without exception. And I did it too and they returned it to me. After that, the developers promised that they fixed the game system, there would be no more errors and lags, and that everything should work, especially the promised “rating table”, they say, come back, everything will work. And as a result, not only were the current errors and lags under-corrected, but new ones appeared, which made the game even worse, not to mention the fact that the promised “rating table” was also not introduced. And so I bought and returned money for their promised but not completed work 5 times. How you can release a game to the market if it is raw, not completely ready, and with a huge number of errors and bugs, it is not clear. And when I purchased the game for the 6th time, for testing, there were again bugs, worse than the previous ones, I decided once again to make a refund for the “discrepancy between the actual product and the declared one”, but I was refused, like I reached the money back limit. Maybe according to their law this is so, on their domestic market, but they are on the international market (both in Russia and in Europe, and in other countries) and according to our legislation they must make a refund no matter how many times I they will buy a non-working product. Not only did they refuse me, but also Russian technical support threatens me with blocking my account for allegedly “abuse of refund”. But what if their product does not meet the stated criteria? Make a refund. And they refuse. I ask you to assist in solving this problem, tk. there have already been precedents with the blocking of other players on their part. I will also give the addresses of their forum of dissatisfied players, you can familiarize yourself with them: 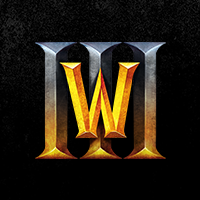 
It is very disappointing that the once highly respected Blizzard company has slipped into threats and unprofessionalism, and Russian-speaking technical support to the level of a dump, I wonder if their management knows about this?
5 Likes
eul-21858 October 19, 2020, 6:01pm #89

I had the opportunity to communicate and make friends with Morhem, and just while your management is clearly not in the know, And I am outraged and insulted by such behavior on the part of your employees of the Russian-speaking department in the person of Rohaagdro, and his similar statements to Eul himself, what the Russian-speaking department is doing, I do not understand at all when the entire technical forum is littered with complaints from players that their game does not work at all, or does not start. And why should I provide help to players for free, what should employees do when Blizzard employees like Rohaagdro continue to receive their salaries for threats and blocking players? And your Rohaagdro, I hope will get a good kick!
Since contacting technical support cannot be a reason to threaten the player with suspending his account, I want to put things in order with the staff so that this garbage is removed like Rohagdro. Where I do his job better than him, that’s not the place in Blizzar. May try to mop the floors if he doesn’t confuse a broom with a mop vk. com/upmaps?z=photo-181581089_457239148%2Falbum-181581089_00%2Frev

Mah, I should not defend Blizzard this moment, since a moderator already “warned” me on the same subject, but…

Let’s do some maths…
According to this site https://liquipedia.net/dota2/Dota_History the beta of the first DotA map dates back to 2002. I guess team liquid guys are trusted…
According to this https://www.epicwar.com/maps/303253/ taken from this What happens if you report a player? , someone here is claiming to be the author of DotA.
Following some public links you get to some PUBLIC DATA (hey moderator! P U B L I C D A T A … hello? mind to solve this issue this time?), that means that this so called “author” created DotA when he was around 9 or 10 years old (he was already pro at Aion of Strife when he was 7 probably…).
So, if this is the case, wow, the whole community should bow to the 9 years old kid who spawned one of the most popular mod of all times, but… if it is not, let’s remind that impersonating someone else to the extent of involving the theft of intellectual properties is a crime…

Beside that, if some kind of scam is going on with rebuying and refunding (there are countless around already) I guess that Blizzard is more than entitled to stop it and I am glad if they do it. You don’t need to buy Reforged 6 times in order to test the game, since most of the problems are relative to the game itself, not just to the new graphic.

BUMPPPP (We want an update Blizz!)

Is it going to take 1 year after release of this title to bring back basic functionality that was included for 18 years in WC3 ROC/TFT?

Hey no sign of PTR? We are already in November and the first anniversary of the game …

been 1 year since reforge almost and still no player profile or rank ladder. Sad.

I predict that in the next 4 years or less blizzard will no longer exist. Why? Diablo 4 is bound to be a complete financial nightmare. Overwatch 2 will be the same. Why make a game based on the “campaign” why not add it to the current Overwatch?? Where is the bloody logic in that? Reforge is already a Financial failure can we even call it Warcraft anymore? Its worst the the “proto starcraft” where it was just “warcraft in space”. Reforge does not even come close to the scale of Orc’s and Human, Warcraft 2 or the RoC and TFT, its worst its not even worthy to carry the name of Warcraft or Blizzard

Hopefully when blizzard does start to die Activision has the brains to to cut them loose and maybe than Mr. Morhaime will come and save the company and make it great again…No Better than it ever was! until than I uninstalled all blizzard games from my computer.

Doubt that would happen.

If anything is financially a bomb then they just scale operations back and take another approach while funnelling more resources into the games that are successfully generating revenue.

It’s how Blizzard has operated in the past. Look at games that were fully created and cancelled; from Warcraft Adventures to Starcraft Ghost to all the other games they left on the cutting room floor over the years. They didn’t ‘tank’ Blizzard.

Reforged was meant to be a low-risk means of revenue, so even if it didn’t succeed and was a complete loss it isn’t something that will bankrupt their operations. All they have to do is scale back.

its bound to happen! how many veterans are left?? not many from what I hear. sooner or later they are going to screw up big time maybe with WoW and its going to hit them harder than anything. Mark my words might not be in four years might be soon might be in 12 or more but they will screw up and when they do the community will leave and they will tank. That would be when Morhaime can seize the opportunity to buy blizzard out from Activsion and rebuild it into what it was meant to be. if all of the games stop making the money they do right now in a few years and its only WoW keeping its revenue up Activsion is not going to put up with it they cut blizz loose. When your partner is not pulling their wait you cut them loose.

It’s only bound to happen because you want it to happen.

4 years is a short time, and WoW is still raking in a billion dollars a year. I don’t think you realize that Shadowlands has the most pre-orders of any WoW expansion in the last 10 years.

Blizzard has had plenty of doomsayers over the 20+ years I’ve been following em, and frankly none of them have ever been right on the matter. Blizzard has certainly changed and lost a lot of good faith from the public, but to say that their operations will shut down in 4 years just because of a couple games that let you down isn’t really anything solid.

To put this into perspective, Fifa brings in most of the money for EA. EA could have a loss on EVERY OTHER PRODUCT they create, and they would still be profitable due to Fifa’s revenue alone. WoW is Blizzard’s Fifa.

they Destroyed a game that was still being played with the reforge until they fix what they have done, and bring in what they promised, and what should have been in the release, I will not change my opinion about them until they do I grew up on the Orc’s and Humans and played Warcraft 3 for years. They destroyed the game with reforge and one day they will do the same with WoW.