My only wish is for patches to be incremental, introducing small changes to the balance. With this in mind, here is feedback with some suggestions:

Not sure, if it is a right direction to buff towers for HU.

Possible alternative: give peasants +1 armor.
This way, they have 6% more effective hp, which will help them to survive one more attack from a skellie or a wolf. Note that this change doesn’t make militia stronger (which is good).

Good change for the Orc vs NE match up.

A huge nerf for TC. A gradual, more welcomed change would be 2/2.5/3 sec per level. There is no need to nerf TC’s Level 1 stomp.

Please consider a change to healing salve. Make the effect of the healing salve to dispel if the target is attacked by an ability that does more than 20 damage. (At the moment it is at least 20 damage). This minor change will allow to heal orc units caught inside level 2 entangle when KOTG harasses the base. Another possible change would be to reduce the duration of the Entangled Roots from 9/18/30 on units to 9/17/25 or even 8/16/24.

Orc burrows have repair rate equal to 50. Maybe we should increase repair rate from 35 to 50 to begin with. It will be really hard for UD to repair ziggurats against tanks.

The Burrow upgrade, when you select the icon, does not mention beetles. It says “Crypt Fiends gain the ability to burrow …” Please fix that.

This is a Tier 2 upgrade, available only in the mid-game. Please extend burrow to Level 1 beetles as well, like Nature’s Blessing applies to treants. What if a player gets Cryptlord as a second or third hero and wants to use Level 1 beetles for map control?

The most radical change in the patch. Disagree with the change. Maybe we should not touch wisps at all, because it will affect all the match-ups.

Won’t affect much 1vs1 gameplay, but it is a big deal for FFA.

Quite a strong change. Maybe 6-3 split would be a better change to begin with.

The best item on this level will still be the Circlet of Nobility. A better change will be simply to increase the cost of the other Level 2 items from 125 to 150. The cost of Periapt of Vitality could be also decreased from 325 to 300.

I agree with you with only a couple exceptions.

Undead towers are much more costly and time consuming to build than other towers, they take up a larger footprint than human or orc towers, they are the only towers in the game that contribute to supply, and undead have fewer workers available to repair them. Tanks already shred undead towers in seconds in FFA.

I think a nerf to the DK of 10/17.5/25 would be fine but I wouldn’t mind seeing it nerfed to 10/15/20 with other aspects of the undead army slightly buffed. DK/Lich nuke fiend kite strategy is such a crutch for the undead. More styles of play need to be opened up.

+I really would like to pay less attention to such small things as controlling the untouched salve, and pay more attention to macro-gaming and fighting. In other words, do not engage in monkey labor, paying attention to nonsense.

@FATAL Maybe it looks like a monkey labor, but what changes do you suggest for the ORC vs NE match up? (changes that would not affecting too much other match-ups)

If you look at the changes starting from 1.29, at Tier 1 Night Elves units gained with:

The rest now is pretty much the same (many changes got reverted).

I think ORC can deal with treants’ reduced mana cost and archers hp increase. Marksmanship upgrade can be reverted back from +4 to +3 to slightly nerf archers in the late game (the lumber cost of the upgrade can be reduced from 175 to 150 as an adjustment).

The main issue in the ORC vs NE match up, to me, is Entangling Roots. Per levels they keep a unit in place for 9/18/30 seconds, dealing 135/360/750 dmg. In the early game, before orc gets dispel, NE ensures his expo is up. At the same time, KOTG is hunting for orc’s units. Fixing Entangling Roots could be the place to even up the match. That is why, I was suggesting:

(1) Giving orc ability to heal entangled units with salves when NE’s army isn’t around. This change could help in some situations (at least in 10% of the games).

*Duration of the Level 3 Entangling Roots doesn’t play much role in competitive gaming.

Human tower buff is terrible and must not go through. Human needs nerfs desperately. Clap and Breakers need to be adjusted. Without this, Human will destroy Orc, Elf and UD next patch. Keep in mind Human has been the most successful race for all of Warcraft 3, for all time. Most tournament wins, most prize money earned, most and biggest balance whiners.

Grubby gave a well thought out explanation why. If you do not harass Human, human gets an advantage. They have power-creep and power build. The only thing they do not have is faster tech (would be absurd of course). Because of this, you need to harass because Human can creep faster and gets their expo up quicker, so you have less time before the expo kicks in. As Grubby explained, think about it like this, you have up until 7 minute till Human is ahead in eco, whereas it would be minute 10 or something without power build. The human eco puts immense preassure on you. Thats why UD must play the attacker all game long. Or else Human will overrun UD with mass Tanks or mass Knights/Gyros.

All of this is enough to tilt balance into Human favour, effectively turning the matchup into Human-favoured.

At this point, Human is already destroying Orc and they will get buffs against Farseer Harass and no Breaker or Clap nerfs. Orc has ZERO counters to mass Breakers. This is absurd.

Elf gets a massive nerf with Wisps aswell. Clap still destroys bears and Wisp detonate is needed against Casters lategame. Human has been slightly favoured against Elf already.

Tl,Dr: This is a giant Human bias patch and this must not go through under any circumstance. Human must not get buffed any further in terms of economy and peasant survivial. Breakers and Clap AT MINIMUM need nerfs. Good job Human whiners, you are about to destroy the game for 3/4 races.

Grubby explained the various matchups very well. I recommend you listen to what he has to say: 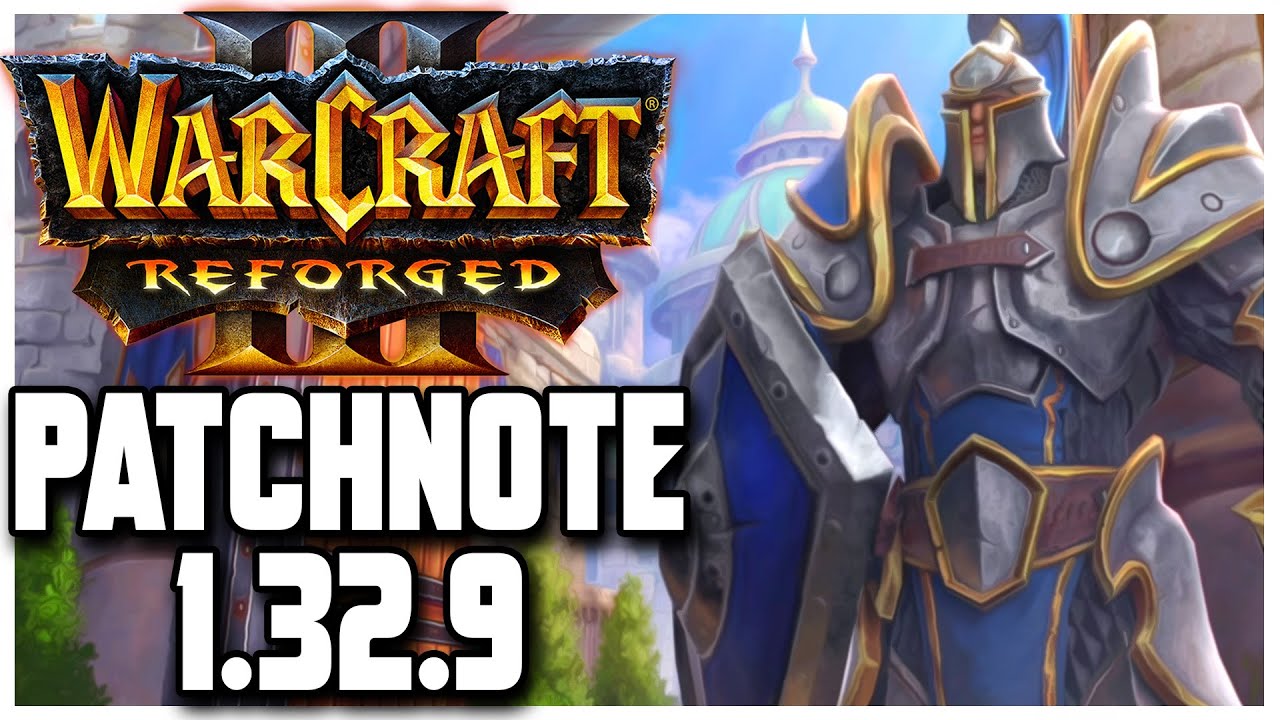 The UD aura change makes little sense given Endurance Aura gets no changes. UD needs mobility and kiting because they are unable to play the game at T2 like other races. They must rush t3 in every matchup so they are starved on ressources and units and cannot afford to lose units. UD depends on aura because their units do not heal. And UD depends on aura to keep their units alive. A change of 10%, 17.5%, 25% movement speed would be better instead of 10%, 15%, 30%. Same for endurance aura.