Hi guys. I am seeing that on the PTR for Patch 1.33, custom maps that use the HD graphics mode will not run if the map includes a custom PKB emitter. As soon as the game tries to render or display the custom imported PKB emitter that worked on Patch 1.32, the PTR Patch 1.33 client will instead crash instantly.

It appears that the build and the version of the PopcornFX tools used to compile the War3 build has changed, and apparently the newer PopcornFX render pipeline used in Patch 1.33 might not be compatible with the files targeting PopcornFX render pipeline that was in the Patch 1.32? This may greatly discourage those specific people who were doing Reforged HD custom map development including custom art assets. This would seem like one of the core audiences of people who want to buy Reforged for the Reforged graphics.

Here is a video of me testing and encountering this problem on the PTR: 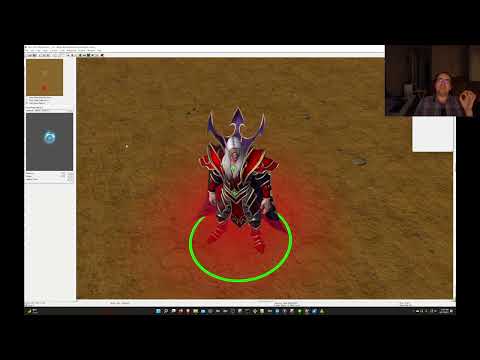 For a technical description of the problem, it appears that the custom PKB files that were created for custom maps on Patch 1.32 use the little-endian version number 0xc9000b11 but the new PKB files on Patch 1.33 all begin with the little-endian version number 0xca000b11. If you do not update the Warcraft III Patch 1.33 to support the older format, this will be a very annoying problem for existing custom map support for any custom Warcraft III Reforged HD maps that were made in the last two years.

Thank you for your time.

Yes, this is a very important issue for existing maps! It also breaks if you import OFFICIAL pkb assets from 1.32 to 1.33. This is bound to crash many maps!

I have at least 4 models that are doomed to crash in 1.33: Salramm, Cultist, High Elf Mage, and the Blood Mage with blue popcorns

This is a really important part of HD modding. All of the most popular HD maps have some edited effects. This will really slow down map creation if we have to update/recreate those files every time there’s a game update.

This will break some of the greatest custom HD models. Please fix this issue!

At the very least it would be nice if Warcraft III did not crash when encountering these models. This would leave the maps that use them still playable even if the models are slightly broken (missing or placeholder special effects). Map and model authors can then update to fix these broken effects at a later time.

I am using PKB Example Map. You can find it at the link below:
https://www.hiveworkshop.com/threads/pkb-example-map.340339/

This is a simple map that I made for that video shown earlier in this thread.

The premise of the map is to have Blood Mage HD but with blue orbs over his head instead of yellow orbs. It is working great on Patch 1.32 but on the Patch 1.33 PTR the map crashes instantly.

Can you please try using the raw pkfx and let us know if it works? We’re getting close.

Sorry, in my example I am using this PKB file uploaded by someone else to the Hive Workshop modding site, and as far as I can tell he did not provide me the source asset.

I noticed after encountering this issue that if I export the PKB files from Blizzard that are included with the release client Patch 1.32, and then I import this same PKB file into the PTR client Patch 1.33, that this file will cause the crash on 1.33 using only the Blizzard artwork. Although I do not have the raw pkfx for the fanmade particle in my map, are you able to test with importing one of the raw pkfx files from inside Blizzard office?

If that still works on 1.33 then would that mean the issue is the binary PKB version? For example how the 1.32 release client PKB files crash on the 1.33 PTR client when I test them?