For all of you aspiring map makers

Was kinda seeing this coming when they lost the DotA trademark

Be thankful it ain’t payed mods.

Actually, DOTA disproves that and Blizzard have been asshurt about it for more than ten years.

Oh they’ll figure out a way to monetize the game somehow, this is Activision we’re talking about here.

And funny enough, they tried to make HOTS play nothing like DOTA.

And the MOBA craze has long since died.

Yes I am aware it used to be that way. I was meaning on any game in the last 10 years. Mostly all of them have modified their EULA’s including Bethesda and Valve.

Yeah, and the point is that it’s a bad policy and has resulted in stagnant custom scenes for multiple games. I have had countless hours of enjoyment thanks to people making fun maps on this game and Blizzard just took a gigantic steaming dump on that.

Oh I agree it sucks, but it’s not just Blizzard was all I was saying. Greed gets all companies in the end and there’s nothing we can do about it. Times change. I still plan to make maps as I do it for fun. Others will as well.

Can you remake Warcraft 1 and 2?

That’s fair enough. The future is dark and there isn’t going to be another golden age for this game.

I’m not a lawyer but one thing you could do that satisfies the blizzard EULA is to develop the map, open source it and attach an open source license to it, similar to the APACHE 2.0 license.

That will meet blizzard’s requirement of them getting the Intellectual Property while you still maintain yours. 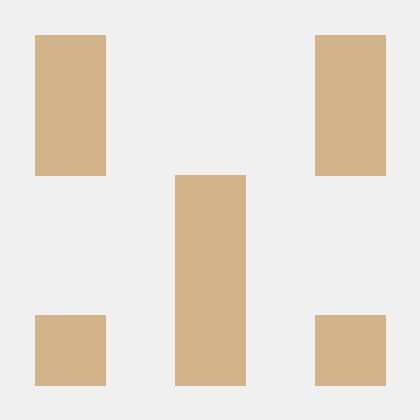 WIP of parasite reforged. Contribute to Eonfuzz/codename-askellon development by creating an account on GitHub.

How many billions do you think the company missed out on on dota? After dota came HoN, then LoL, then Dota 2, and their answer after all that was HotS (which closed down their competetive scene). They never made a good moba early and missed their chance.

And it’s a good question - should this kind of copyright hoarding ever be applicable? If yes - at what level?

Chill out. If they steal your idea and make a game out of it; guess what? That’s capitalism. But they’re not gonna win anon, in the end the fans will simply boycott their stolen product and support the original creator if his/her project blows up. That’s capitalism too.

“its okay to be morally bankrupt because money” ~ schadenfreud

This is such a small brained way of doing things, not only are they overtly restricting the creativity of map makers with their bans, but attempting to profit off of someone else’s hard work. Why not just co-operate with the creator of a popular map and set it up as a standalone if you want to profit off of it? I’m pretty sure they had multiple years to reach out to Icefrog to set up their own standalone DOTA, so in essence, isn’t the community just being punished for Blizzards lack of business acumen? It’s not the community’s fault that they spent all their dev resources on making more WoW expansions while these custom maps were gaining wider popularity.

Every year I hope to return to the golden age of battle net 1.0, the perfect trifecta of and the height of their popularity for, Starcraft, Diablo 2, and Warcraft 3, and whenever I see things like this I know those days aren’t ever going to return, and at best we’ll be able to relive only brief moments in time.

How is this sad?! If you want to make a map, you are using Blizzard software. So of course you will not own it.

Banning maps for intellectual property is VERY common and you can’t complain about that.

So , care to explain how all this is “sad” from your point of view?

Lets be real, no one is going to waste their time creating something amazing like the old days. People are smarter and would just make it their own indie project via other means.

I would bet we aren’t going to see anything really innovative, but Legion TD, Green TD and Wintermaul over and over till Re-reforged comes out