Can 4:3 monitor get rid of old pillarboxing?

I was debating getting a CRT monitor (for reasons

) and I was wondering if that would allow the pillarboxing in the old graphics to go away since logically it wouldnt be needed on a non-widescreen monitor. Tho even with my current monitor I changed my desktop resolution to 4:3 ratio and somehow the old graphics are still giving me less of the screen than the new graphics mode despite the resolution being changed to 4:3.

mmm, not sure it should give you. But maybe they did something so free version allways gives pillars,etc.

This is probally the best you can get 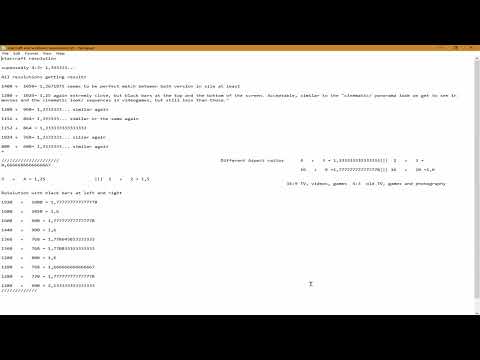 they added more pixels to remastered so dont think it will matter.old version was 4:3 ratio while remastered is 16:9

Not accurate. I have a 1080p LED monitor and I just played SC:R tonight. In fullscreen, it’s 1920x1080 but when I switched to windowed mode it gave 1280x960 which is 4:3 and exactly four times the original game’s resolution.

I don’t know what to tell the OP. I believe there’s an option to force pillarboxing, might want to switch that off if you can. CRTs are now increasingly rare, expensive beasts. If you don’t have the paid version of the game, that might be a start before dropping $$$ on a CRT.