How about posting your best Swann replays so the community can help you improve your early game?

Don’t bother, he’s posted two of his games as Swann recently to justify how his way is best way. Despite extensive (and honestly repetitive for me) discussion to point out why it needs to change to improve (ie. with minute to minute resource to expenditure analysis).

This comment sums up his general ability to perhaps understand and willingness to improve:

Swann is last, except vorazun

So honestly I’m not surprised. Cuz I’ve posted a game in return to show him. And he’s apparent learning point was “after 12min you can support a 2nd factory”. This was again to justify how Swann is so heavily gas depended and requiring full geysers and vespene drones to function.

Anyway, I digress, in my humble opinion. If I’ve made this much effort and the person still thinks he’s da-man wit da-skillz, then he must be… just that.

If I’ve made this much effort and the person still thinks he’s da-man wit da-skillz, then he must be… just that.

i only looked up the summary because i wasnt able to compare anything on my mobile.

swann beeing 17. commander of 18. compared made me doubt if understood your argument at all. saying swann can compete at speed run while beeing the slowest seems at bit of a stretch to me. but ok, the differences are not that great. thats valid.

i actualy socialized with swann when armory cost 200 gas, i think fax where more expensive and the build time of scv was longer. so yeah, that ramp up time issue got a lot better since then.
in my RTS DNA is written “if you dont need to fight early, go as hard on eco as possible”. maybe i got to question that?!

here is the replay i posted in the other swann thread. p1 on shuttle map
h.ttps://www.file-upload.net/download-14607666/masswraith.SC2Replay.html

here is the replay i posted in the other swann thread. p1 on shuttle map

I am not going to be critical, this was a pretty decent run on Void Launch. I can see how the laser and Factory played its role on early on without the use of statics. Your partner covered some of the early waves too. May not work completely if you were soloing.

3 Starports? hehe I think 2 is enough. I run this map a different way but your way worked too. You like to focus on micro more than macro. I like to do both evenly.

swann can compete at speed run while beeing the slowest

Swann can do speed runs (8-11mins game time) and can be competitive. Let me find a replay of that. If not I’ll try to do one tonight after I put my kids to sleep.

its definitely 3 and not 2 starports. otherwise you will end up in massive overmins. but the bo might be better with adding the third later on

swann beeing 17. commander of 18. compared made me doubt if understood your argument at all. saying swann can compete at speed run while beeing the slowest seems at bit of a stretch to me. but ok, the differences are not that great. thats valid.

There really is no stretch if you look at the data:

This means for lower 50% performing COs of the 18 available, Swann's actual tested capabilities and speed varies less than 2min from 9 other COs. That difference comes about mostly 100%'s definition, which include 'bonus, perfect objective, full clear, etc.' That is not the average way most players operate in missions.

You need to understand that Swann performs perfectly fine. He’s build orders are harder to master than others, especially if in your mind one keeps comparing him with Abathur, Zeratul, etc. His DPS ramp up time is comparably insignificantly different from 50% of the COs. So your feelings of Swann is just a reflection of your own underperformance.

I am not going to be critical, this was a pretty decent run on Void Launch.

I am though… gonna be critical… er but fair. (Cuz otherwise, why make comments such as “Swann has a huuuuuuge ramp up”?)

The map was full cleared by ~15min, which if anyone paid attention is really done by his ally than by him. While he did a very good job at the beginning (prior to 5min) by not going gas heavy, his major mistake was going 2 x Armory research started then ==> 3 x Starport before making any units at all. His contribution to his ally is really just his P1 Drill’s Advantage. Now, I don’t think 3 Starports was a wrong choice, given how his game unfolded after 7min mark ish. The mistake was not building that up then adding 2nd Starport and perhaps a questionable 3rd Starport.

Now let’s step back for a second, he posted this in regards to portray why Swann has a slow ramp up. And I think it is very clear why Swanna doesn't and why his Swann does. That is the very definition why a ramp is not a cliff.

I do forget about using Turrets for defense… ironic, consider I love using cannons with Karax.

That’s one thing that attracted me to Swann. Nm “gotta love the guy”, but his laser drill is akin to Karax’ SoA lasers. His towers are strong, but still different from Karax’ to offer a unique experience. His units are slow to get started and need to ramp up, but can become a powerhouse.

Can Concentrated Beam hit things under fog of war? As in, firing at one direction without knowing what’s under it, ended up killing them anyway?

Yes. If you have map knowledge, you can especially use that to your advantage. If you’re really desperate, you can use that to hit cloaked units (esp. given he’s harder to get detectors out), but I wouldn’t recommend it.

Is it good on infestation maps where mobs are small and numerous?

I did some experiments with this. I did Miner’s Evacuation with P1 vs P2 (with laser abilities). I soloed both to ensure the experiments are consistent, without damage added from a partner.

With P1 my laser drill did 50,425 total damage. Video is below, you can skip to end to look at the stats. I had to manually target enemies that are clustered together and used Hercs to warp close to enemy wave entering the map to target the enemy transports. This is to maximize the damage. I had my masteries all on Ares. 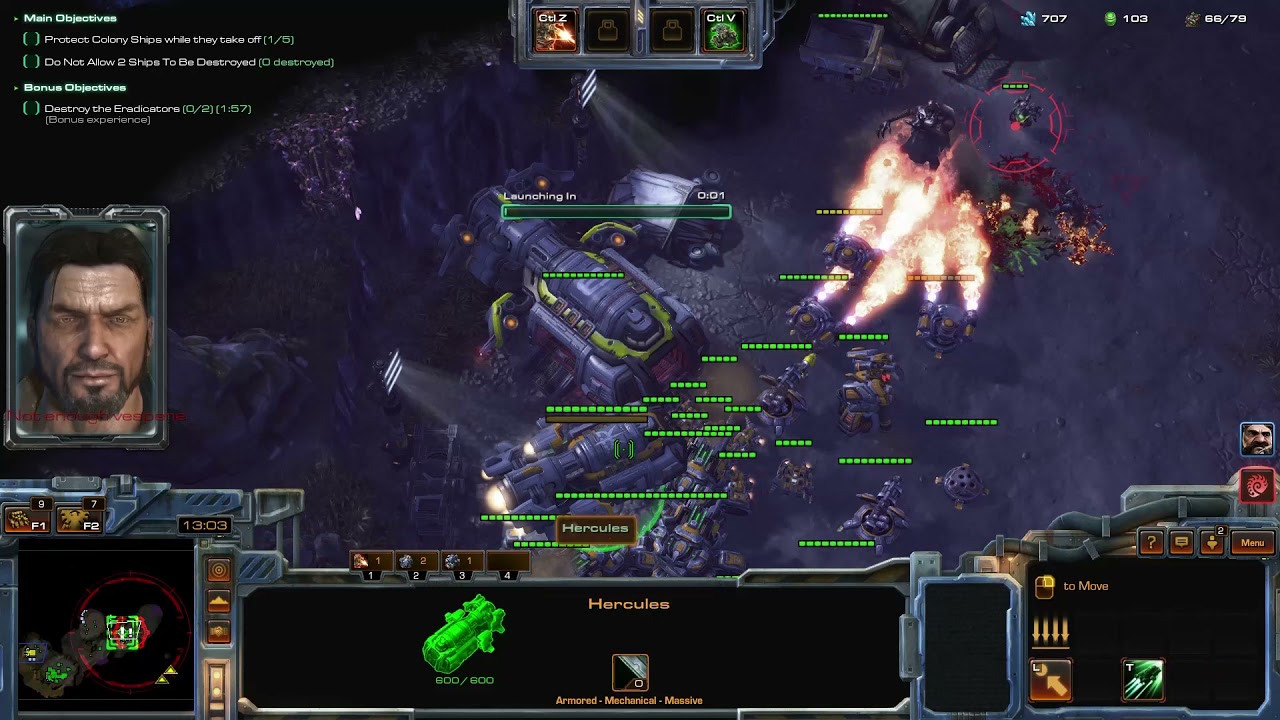 With P2 my laser drill did 51,899 total damage. I had some good shots with the concentrated beam and pulse cannon to maximize damage. Also could skip to the end to see stats. Masteries all on concentrated beam width and damage. 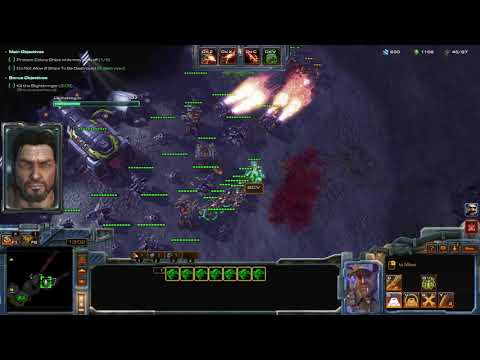 I think on infested maps, from the stats, P1 is as good as P0 / P2 with laser damage. You just need to do some work micro-ing the laser drill.

I will say though, drill abilities is notoriously bad on infested maps, ME worse even than DoN.

Take the comparison with a grain of salt in that the damage output for P1 is only close to equal with a very proactive aim on targets after targets (as you should be). Whereas the abilities in general + the normal drill auto targeting will net the Swann 50k easily.

That number only changes for players who, for some reason, saves all their abilities all game for it to grow interest or something lol. And that drill does more than 50k for more knowledgeable players on other maps. That isn’t a comment to Glen’s skills, just that ME is poor for on map spawned enemies.