Raynor P3 Rebel Raider is a curious one, because it gives easier access to Orbitals (no barracks req so build order changes) and Starport - but at the same time it slaps a heavy 50% mineral cost increase on all combat units.
For reference this makes BCs cost a whopping 600 minerals and Banshees something like 225 minerals.
So while you get to starports faster, getting any value out of those starports is a lot harder due to 50% mineral cost of combat units.

It sort of makes you even more desperate to rush out those 4+ Orbital Commands as soon as possible, while praying that your two calldowns and teammate can handle everything.
However this means that you got basically no standard military unit for the first ~8 minutes, which ain’t a great thing.

But if you go for a build thats like 2 OCommands then some military units before resuming the creation of more OCommands it immensely slows down your build up because every P3 combat unit is so god damn expensive…
To make matters worse your super expensive units are still regular Terran air units, meaning that a few of them wont do much against any real threat or tough objective.
In those small numbers they wont speed up the topbar cooldowns enough, and you really cant afford to mass up more units on only 2 OCommands.

So any advice please on how to improve Raynor P3 early game military power?

So any advice please on how to improve Raynor P3 early game military power?

You can always choose to do 12-workers. This will allow you to have a BC by 3:30?-3:45 ish. Your Dusk Wing as always is available at 4min, Hyperion at 5min. All of this carries you into 6min mark, which you’ll have 2BCs at this point (with I believe Yamato researched already).

I think with the slightly added cooldown reduction from your BCs, you get your 2nd Dusk Wing (my masteries are in Hyperion btw) around 7min? 3rd BC comes out around 8:30, at which point your 2nd Hyperion is ready…

I gave it a rough test on VL protoss solo. So in your average game, this shouldn’t be an issue during early game at all. And I generally use my top bar off cooldown quite aggressively. This runs you into issue in solo (without knowing proper wave timings). However, in your average game though, it makes next to no difference.

I think if you discount the 12-worker gameplay and go for the regular 2-base with 4-6OCs, then the 4min Dusk, 5min Hyperion, 7min Dusk, and 8:30min Hyperion will still give you plenty of gameplay. Should not be an issue at all to have a strong enough standing army for 8min past.

You are right though, if your concern is a lack of army before the 8min (on 2-base econ), then it will run into issues solo’ing (specifically BCs can’t catch up or deal enough AoE). You don’t have to go BCs (like my test though), a couple of Banshees would be fine against zerg comps (which incidentally is a good instance for Banshees).

I think overall, your presence will definitely be less effective than say P0 Bio. In the sense that ‘using BCs against mass lings is bad’ as is ‘using bio against colossi is bad’, if that makes sense.

Early BCs feels like kind of a waste, since their DPS is rather… Lackluster in small numbers. I feel like early Banshee/Viking (depending upon map and comp) would do way better early on until you get your BC count up.

Kinda, a lot of the times it’s using the BC to reduce those early areas. These are often small enough without much AA. And it is also the reason I opt for Yamato after 1st BC, when doing this.

Both of those will allow your BC to free reign on a lot of things, which will take time later on. Coop is essentially just shaving times here and there. Then add them together, you end up with a faster push. It’s why some people do 23min RtK, others do 18min, some at sub16, and few do it under 10.

A lot of it hinges on players actually having the tools to do things but don’t (cuz of safety usually).

Early BCs feels like kind of a waste, since their DPS is rather… Lackluster in small numbers. I feel like early Banshee/Viking (depending upon map and comp) would do way better early on until you get your BC count up.

I’ve been making just Banshees, and adding in Vikings for AA. Never really touched BCs. However, I would like to try BCs, so my 2nd run through will be just that. Starting off, I believe a combo of Banshees and infantry would be nice to transition into BCs.

Thanks for the replies!

Please elaborate on the 12 worker concept for the 4 minute BC - i should still make 6 more workers to fill up the two gas refineries, and i upgrade the starting CC to Orbital asap?

I assume that to get BC by the ~4 minute mark i have to completely delay the second command center (for the expansion) until the said BC is paid for? 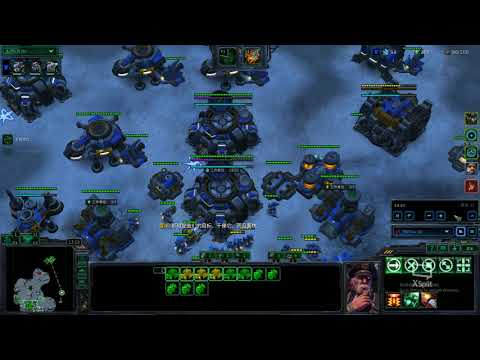 you should definitely make more workers as usual. there’s no need for a 4 min bc when you have calldowns to defend the early game.

i have a lot more raynor p3 vods on my channel, and i don’t think i use the same build order (since i just kinda wing it). the general game plan is the same though.

I think the key is don’t pressure yourself to reach 4+ orbitals right away. Build them when you have the money or call down a supply depot when supply blocked. I usually ramp up OC construction mid game and end it with 5-8 orbitals. Just remember to be constantly calling down mules.

Never needed more than 4 orbitals to max out on air units even when I mix in vulture squad to lay a few mines (without going crazy).

I only build extra OCs if going heavy into Vultures or Marines or need an OC or two on a separate control group for scans.

When my ally is P3 Raynor and the 6th to 8th OC comes down and they still only build BCs I assume that my ally must be floating 10k minerals+ or not actually using the energy for MULES.

Early game for me is about figuring out the minimum response to cope with whatever Amon is going to throw at you. Almost all early waves can be dominated hard by upgraded Banshees. It’s only from about 10 minutes that AoE starts to get added in but by then it’s easy to have BCs on the field tanking for the Banshees. Obviously if its an air comp a different build order will be required!

Twotuuu does a great job in his video. I’d like to point out that his timing is a result of covering for mutators. Hence the 2OC into Starport/Barracks (and bunker) rather than the 4OC opening.

This is why the 1st BC is earlier by 30-45sec and why the thereafter delayed max cap in later game. As he is solo’ing with mutators on, I’d also play it safe in that regard.

The more optimized opening with 4OC, whether you’re soloing without mutator or have a partner, will provide you with better ramp up. Similar concept to P0 Bio. Whenever mutators are in play, the safer thing is always to sacrifice some economic advantage.