How to improve zvz (gold)

Having allot of struggle against other zergs.
How to improve?
Was thinking to play against AI for a bit and improve ling bane since thats for me atleast most of the time the crucial part of the match.

As you are in Gold League, the most efficient way to improve, is to improve your makro.

Take care to take your 3rd Base at Minute 3, dont miss Queen Injects, and spend all larva and money in units & drohnes.

Take care to use all the time during the fight to produce new drohnes and new units and dont forget to inject.

You need to scout a bit if the opponent plan to attack you before you are ready.

There are 3 parts to ZvZ:

Games rarely go on to a late game in ZvZs.

Firstly, you need to know that in the early game, ZvZ is rarely about positioning and more about APM. If you can micro that 1 bane / 1 ling, it will make a world of difference whether you lose your entire ling / bane army, or beating the opponent. It is crucial to get ling speed asap, since being caught out in the map without speed pretty much means all your slow lings are going to be thrown away.

Next, in this phase, it is all about massing roaches. Since Z make units in waves, you want to be catching your opponent at a point where they just made a new wave of drones, as that will mean their army is smaller for a while. Although a key thing to note is that you need an overwhelming army because attacking into the opponent will mean that they have defender's advantage when reinforcing. Remember that concave positioning will win convex positioning by a wide margin.

There are usually 2 school of thoughts over here. Someone will attempt to tech into muta while maintaining their roach army (or ling army if they attempt to skip to mutas). When you hit muta, unless your opponent has a large enough army, mutas will push all their roaches back and keep them in their base for a while. When this happens, the slower party will no longer be able to build mutas because you will always be behind in muta count. Therefore, the other person will either go hydras or infestors to counter the mutas.

So usually it will be a back and forth game with some interesting stuff in the mix (like ling bane run-by, or burrow roach). Note also that you can choose to skip tech but it will leave you vulnerable until you achieved the next tech.

In response to your question, it will really be dependent on which phase in the game you are in. Not sure if this helps give you a rough idea.

i have some question regarding your reply.

-Is it true you can skip the ling bang and go for fast roaches, is that what you meant by skipping tech but being vulnerable

-you mentioned burrow roach, can you tell me more about that? i almost never use the burrow ability for roaches only lings i burrow for scouting and denying base. 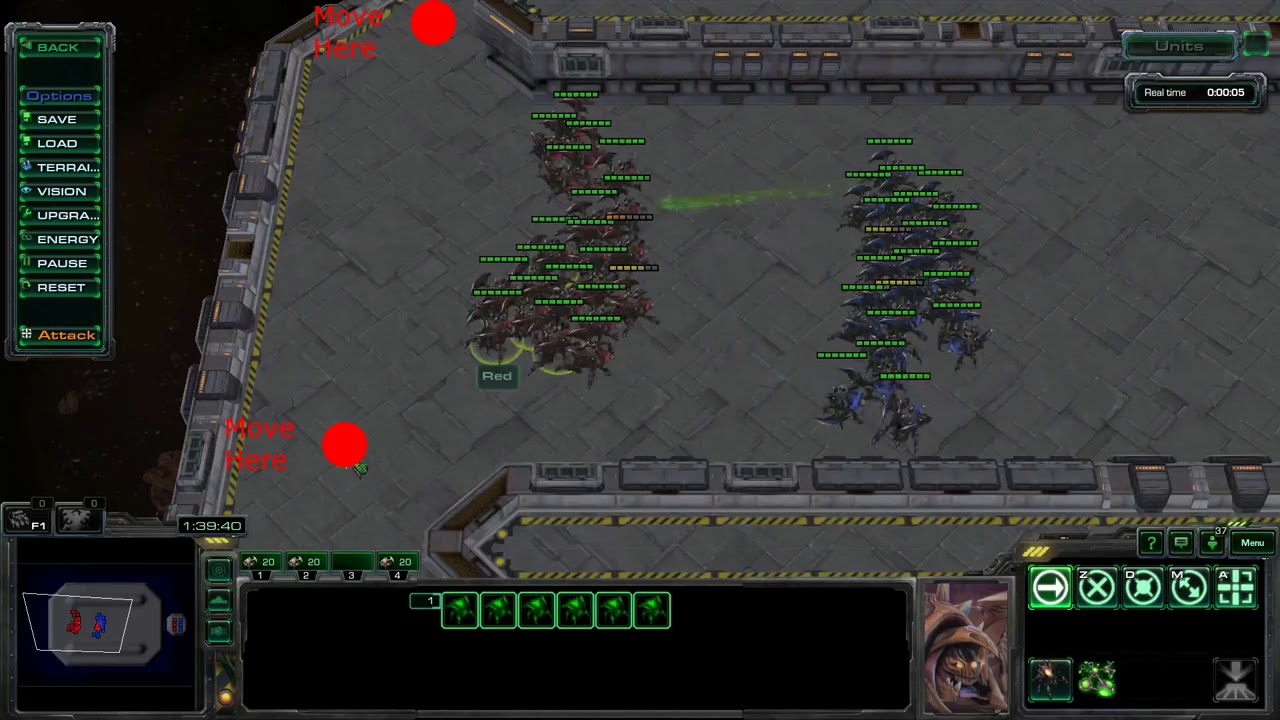 -Is it true you can skip the ling bang and go for fast roaches, is that what you meant by skipping tech but being vulnerable

You are right in the rough idea.

You can skip bane, but it is pretty much impossible to skip Ling. Or at least, on a pro level gameplay, I have never seen anyone skip Ling. It is too obvious even if you manage to wall with Evo + Queen. A Bane bust with a Ling flood and that’s pretty much GG in the early game.

Bane is pretty dangerous to skip on higher levels of gameplay. But pro level gameplay people have a tendency to skip Roach into Muta.

I believe that the video above shows the idea of concave. The whole point is to increase your attacking surface area, while decreasing you’re opponent’s. This is also why attacking from a slight distance away from the top of a ramp will give you more surface area than someone coming up from the ramp. However, if you stand too close to the ramp (exactly at the top), you are in a poorer position since they can have more surface area around the ramp to shoot up. (Of course, this is from a large army POV.)

-you mentioned burrow roach, can you tell me more about that? i almost never use the burrow ability for roaches only lings i burrow for scouting and denying base.

At higher level gameplays, it is all about split second judgement. You need to be able to split your army (where necessary) and split enough so that you can deal damage, while still defending yourself. This is where it comes down to experience to analyse and determine whether you will win the battle or not. It is not just an army composition / positioning thing, but you also need to take into consideration upgrades, or potential spell casters, etc.

In the case of ZvZ, OLs are pretty much everywhere (since Z doesn’t have a lot of stuff that can hit air). This gives you vision to react and switch from a Drone wave to army wave in time to defend. Once Mutas / Hydras are out, the OLs from the defending player will usually pull back to base, but possibly still leave a Ling here and there for vision. This is where burrowed roaches come into play.

Having just 4-6 Roaches slip past vision into mineral lines, and then unburrow just become you get into a big fight with the main army, will either do massive eco damage or pull his attention away from micro-ing in that battle. Think of it as a Ling run-by, but in the form of roaches.

Just at the cost of a few Roaches, it is extremely worth it in value. Furthermore, at Gold level, most people usually hotkey their entire army and usually move them together. It will take a lot of APM to pull enough of their army to deal with your Roaches. Do take note to stay away from detectors though.

Take things one step at a time. Start by learning one cheese, perfect it (honestly perfect it - not the I “perfected” it and you’re floating 500 minerals, micro like you’re high, and you don’t have a backup plan). Then branch off from there. Learn the standard build order. Play defensively and get your roaches. Take things one at a time, and practice against AI is okay, but keep in mind it’s not real practice after a certain point. AI play horribly in this game.

Practice builds and micro. If you are used to doing some wierd things that are not standard for example placing an extra hatchery in your base, try not to do that, and instead produce the right units and structures. I would recommend to stay away from cheesy builds, one gets decent at the game if one tries to micro and macro afterall. Try going roacher, and go extra queens and hydra versus mutalisk. Survive the early game with early banelings or wall. Also dont attack while you micro the base too much, unless you are sure that you will win. It is hard to multitask at gold level i am sure.