I think this number always go up on forum for some reason.
Why people expect so many heroes, i actualy was thinking they had 5 heroes at works with echo for it base on what i remember. And i personaly dont expect more than this.

for our favorite OW characters.

Depends who you ask, not everyone getting story mode as far as i understand. For example, mccree was supposed to doing “something else” and this is pure overwatch team that got back together story. So if you dont like heroes who are there, welp… you dont get story for favorite OW hero of your choice.

To be honest, i hope that if i dont buy OW2 i will not have to look at those. What they showed so far… welp, i prefere recolors tbh.
And those in general are just 31 skins tbh.

Upgrading engine does not equal its “brand new” one. It would be brand new if they would code it from start new. They were saying they upgrading the one they have already.

it could even be an open world game for all we know and that’s why it’s taking so long!

That dont sound real for OW2, wait for OW4 or something.

AND, we get to keep ALL of our cosmetics and favorite heroes and maps with us for OW2??

Because in general feel it looks like the same game for pvp side of things. Just new mode, and few maps and heroes. I mean, it would suck if they would just turn off servers and you start from nothing the same game.

10 would be the perfect number and a win for all 3 roles: 4 Tanks 4 Supports 2 Damage heroes.

Yeah some people understimate it but other are just tired of the waiting.

There are a lot of interesting things going on for OW2 but the problem is they would not show us anything…fingers crossed for the Blizzcon i guess…
I Hope they’ll release OW2 beta with all the new heroes after Blizzcon and postpone the PvE portion to the next year instead.

We don’t know if 8 is the final number.

I just hope it comes out sometime

Let’s say that many people learned to keep their expectations low the hard way.

We would love to be positively surprised, but we definitely won’t count on it without a very good reason

I wouldn’t expect anything from OW2. At all. Except for the balance clustertruck when they release all 6 heroes at once.

its not a sequel. they are making a pve spinoff, and dropping a bunch of dlc for Overwatch.

from what i know about push, if hammond and mei are in the game when that releases the mode is dead in the water.

The progression is not what you’re imagining. You’re gonna play through a series of setpieces and purchase upgrades at the end of each mission. At the end of the campaign you’ll receive currency/cosmetics contingent upon how well you do. I can guarantee you progress will not be saved between campaigns. You’ll start each one afresh. It’s just going to be set dressing for a cosmetic treadmill.

Tons and tons of new maps.

A STORY MODE, at long LAST for our favorite OW characters.

Everything you’ve mentioned here has been added to the game in some form via normal updates.

A large update that delivers a bunch of new stuff to an existing game, while adding story/PvE campaigns that must be purchased to play? Sounds a lot like Starcraft 2: Heart of the Swarm, or Starcraft 2: Legacy of the Void, or Starcraft 2: Covert Ops. You know; expansion packs to the base game of Starcraft 2.

Overwatch 2 is not a separate game. It is all content that is being merged with the existing Overwatch we have now. It is, by definition, an expansion pack, or a DLC.

It’s not underestimating a patch to call it what it is: An expansion.

I played the PVE demo, I had a lot of fun and it felt different.

Truly I feel like people don’t want shared content. Also I am very sure balancing and the heroes themselves will be different in OW2. Such as Sym will be a DPS in OW1 but a support in OW2.

Lol, you have some very lofty ideas.

I’m going to bookmark this so I can see if your prediction is true.

Jeff, is that you? On your secret account again huh?

Someone correct me if i am wrong on this but they said or showed the sillhoutte of the heroes coming and it was only 5 with sojourn included.

Tons and tons of new maps.

Only two maps though, toronto and something else I forgot

thats what I am excited for honestly

Brand new engine, graphics, UI, menu, heck, it could even be an open world game for all we know and that’s why it’s taking so long!

AND, we get to keep ALL of our cosmetics and favorite heroes and maps with us for OW2??

if they removed those for a “sequel” that continues on the prequel, everyone would riot.

OW2 is a story expansion. expect the least from OW2 just so when it comes you are actually excited my dude. dont expect way too much or you will be disappointed

You should’ve quoted this, I’m pretty sure Jeff said this word for word

We could’ve gotten those heroes now rather than later

A STORY MODE, at long LAST for our favorite OW characters.

This is definitely a sequel… Or a 2.0 update that is supposed to be big which wouldn’t be bad either, Overwatch is still in version 1._
So

We don’t know if the menu will change tho… Yet

And just in case it’s an upgraded engine, same engine but with more things (probably for talents)

Sounds just like Hitman sequel for me and guess what, it only took 2 years from hitman 2 to 3, and they have been developing OW 2 for at least 3 years now 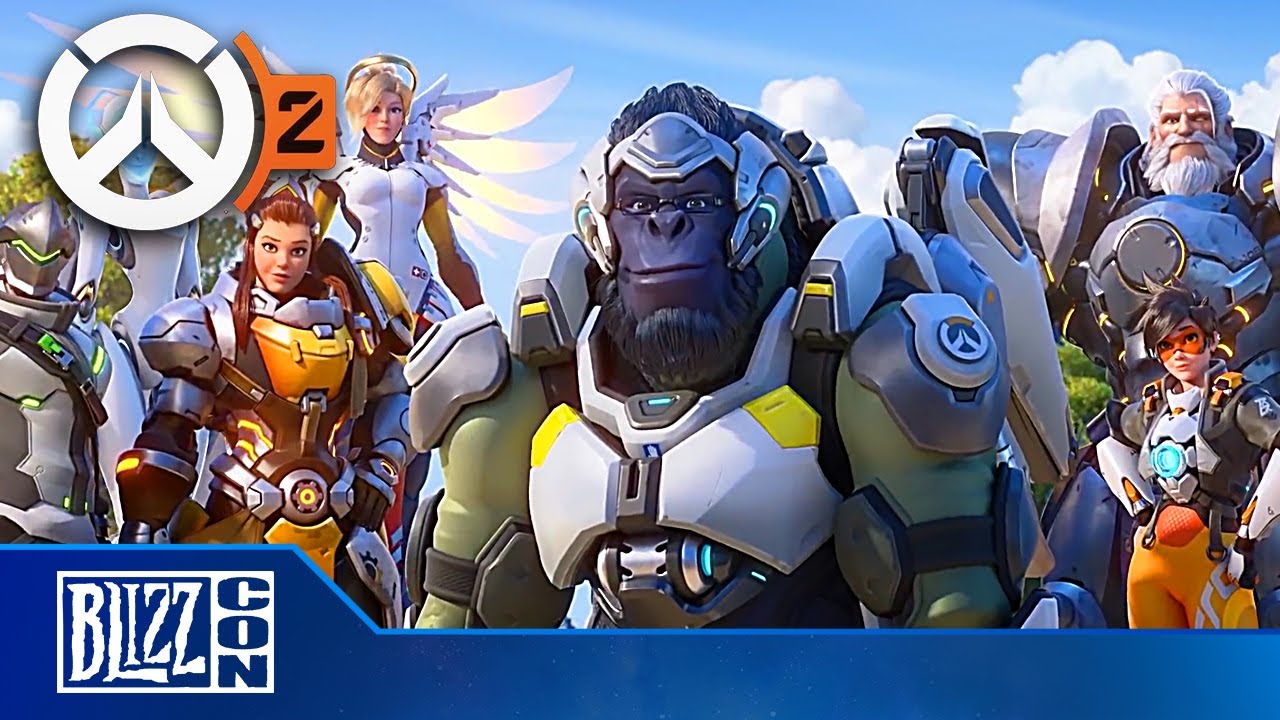 Only two maps though, toronto and something else I forgot

Five maps have been shown: Rio, Toronto, Monte Carlo, Gothenburg and another unnamed map
But bare minimum 10 maps have been confirmed through Jeff’s phrasing.

You should’ve quoted this, I’m pretty sure Jeff said this word for word

Ah… we’ve got a smart one in here…

Sounds just like Hitman sequel for me and guess what, it only took 2 years from hitman 2 to 3, and they have been developing OW 2 for at least 3 years now

There is no way you honestly do not see the difference between Hitman 2 to Hitman 3 and OW to OW2. Like I refuse to accept that you could not easily see that and are not just bashing for the sake of bashing.

Let’s be real here.
The possibility of it being an open world game is 0% because that idea was scrapped before the game actually turned into Overwatch in the first place. The scope of the idea was too big that they had to restructure the whole genre of the game they initially planned, into an FPS with isolated maps like every other PvP FPS game.

That being said, it would make no sense if they create the brand new maps exclusive to the PvE story missions & not use them for PvP like they did when they first released Rialto for the PvE content first, then for PvP.
In other words, from a map design aspect, all the new PvE maps will most likely be designed to be also used for PvP for current game modes & the new Push mode, rather than Open World.

And the reason why I say it’s 0% chance of it being Open World is because they would have to allocate more resources & time into creating maps that would fundamentally not work for any of the game modes because of wide open spaces just for Open World & more back end engineering would be needed to create new server infrastructure for such a game mode that would push away the focus of their main money making system that they have invested millions of dollars into. The OWL.