The Forums are Extra Toxic 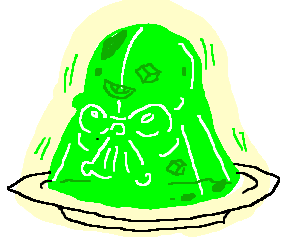 This is the most recent photograph of Jelly&Jam.

Ask him about Lore. I dare you. A) Not many people cared about OWL
B) The all-star skins look interesting to say the least, and are likely to be locked by another paywall

Summer games is coming up

Which they haven’t teased beyond Hammond’s background video. It’s also the third summer games since OW began. Unless they do a brand new mode, which again they haven’t said anything about, it’s stale.

the third social feature, and the first two have been great.

Which again, we know nothing about. Endorsements are counterintuitive in many ways; they discourage you from playing in groups and with friends. LFG has been pretty good, I won’t deny it.

Support rebalance, I’ve never seen the devs change heroes as a role, and I hope tanks are next.

Another Mercy Nerf which doesn’t address her issues and another Brig nerf which isn’t going to stop anyone’s complaints. Also, there’s no reason these changes took as long as they did. 4 of the 5 changes were numbers changes; the hardest things to change would be adding healing to Ana’s ult and changing the animation on Lucio’s radius.

H A M M O N D. Here are the only two things agreed upon about Hammy; he’s fun, and he’s not unfun to fight against.

Wrecking Ball. I agree that he’s a great hero, although therre are people who are going to go REEEEE CC and there’s already people calling for nerfs because they don’t understand that if you get inside Hammond radius as he’s swinging around the point, he can’t hurt you.

Doomfist is finally back, hows that for skill being rewarded?

With people calling for nerfs because they’ve casually forgotten that he’s been a terrible hero since his release, because “it feels bad…”

Sure, it’s still the sniper meta but the devs aren’t going to let that sit forever.

IF they nerf a meta based around snipers, they are going against rewarding skill. That being said, Hanzo is a bit too strong but that’s a result of his arrow speed, not the rest of his kit.

Stuffed in some pretty specific balance opinions, didn’t ya?

Anyway, I’m actually in favor of the Mercy nerf, if it had been anything else I would probably agree with the revert Mercy army but I’ve actually been saying that her healing out to be put back to 50, so I’m hopeful. Regardless, you can’t expect the devs to always go with the changes you want (Junker main btw) but you can still appreciate the overall balance that the game is getting. I don’t know why the devs are so slow, I really don’t, but this speed is still ok for me.
Doesn’t matter though because you’re right about the PR and bad timing with Doomfist, I’m honestly just trying to brighten the mood around here.

Like I said: peeps only can agree on two things with this hero.

Yes, exactly my thought. The Final Fantasy XIV forums have separate sub-forums for the various classes / roles specifically for that. The General Forum is all about … well… general stuff.

IF they nerf a meta based around snipers, they are going against rewarding skill. That being said, Hanzo is a bit too strong but that’s a result of his arrow speed, not the rest of his kit.

True, but the game shouldn’t be entirely based around snipers. Then no one will want to play anything other than them. Hanzo can easily shred shields, tanks, and is a headshot machine with the storm arrows to make any flanker spam abilities just so they don’t fall to the bodyshot-melee combo he has.

Widow is just Widow. She’s extremely hard to kill because she’s so far in the backline that you’d need someone like Sombra to just get to her, and she can just grapple away, effectively putting your team in a 5v6 situation while you catch the Widowmaker, and you can make all that effort to get to her, then she just grapples away back to her supports.

How is that skillful if you play a hero that can’t be countered? All you can do for facing Widow is just hope and pray she misses her shots, and for Hanzo just hope his cooldowns are already used.
Not saying that all Widows and Hanzos aren’t skillful, because it takes a long time to get comfy with the characters. Just that it’s such a pain to face them unless you have your own.

You’re realizing this now? They’ve been toxic ever since the old forums.

No one trusts Blizzard anymore

Can you really blame em?
Most reworks they’ve done have either crippled a hero or ruined them.
They nerfed Mercy 12 times.

Seriously, what happened? No one trusts Blizzard anymore

The hype died down. The initial excitement and freshness wore out.

This is our reality, folks.

Ask Jelly about the lore and he gets upset. I’m the same with the lore and with anything asking for nerfs to pharah. Everyone that was a positive influence is showing up less and less. Their will to fight has been drained. I’ll admit it is wearing on me too, but I’m still fighting. I haven’t seen RichC in a few weeks, SunsetHippo has stopped with asking people how they have been, Fragehardt has popped up occasionally, Reaper has always been cynical but hidden for a while, PostiveGenji hasn’t been seen for a while, JellyandJam has been less and less enthusiastic, and even you have been slowing down a bit lately. We need something to bring back the fight in us. I’ve even been spending more time on discord in the Zen Café server recently than I have on here. Which reminds me we need to get the Zen Café back up and running here.

I hate to admit it, but I’m actually a very cynical person irl.

I’m going to join it soon. Who is on there?

I hope one day the forums will understand that the people who run OWL are not the same people who balance and develope the game.

OWL did not make OW toxic.

OWL will not kill overwatch.

Jelly has noticed, people have been extra toxic lately😭

It’s time to get to work👌

Gamers changed a lot, back in time, gamers adpats to the games, now the games needs to adapt them, if the devs change something, ok post your feedback, but with real arguments or statistics and respecting the decisions of the devs, if you dont have that, be quiet.

I dont know how the devs/mods tolerate some behaviors in this forums, me in their shoes ill ban every stupid appears in this site (and there’s a lot). Guys the devs really hears you, in fact they have some ppl (mods, CM’s, etc…) working and sending insights for improve the game and the environment, but with so many garbage around here, i think that work its stressful.

Sorry for the bad english, it is not my primary lang xd.

Stuffed in some pretty specific balance opinions, didn’t ya?

Regardless, you can’t expect the devs to always go with the changes you want (Junker main btw) but you can still appreciate the overall balance that the game is getting.

I don’t expect the devs to go with changes I want, but I do expect the changes to do something. Mercy is still going to be the best healer, Brigitte’s pickrate/winrate isn’t going to change, and Hanzo is still going to outshine DPS at every range. It’s like they don’t know what’s wrong with the heroes in question.

Doesn’t matter though because you’re right about the PR and bad timing with Doomfist, I’m honestly just trying to brighten the mood around here.

Which is honestly up to the devs to stop ignoring the community.

Like I said: peeps only can agree on two things with this hero.

There’s no agreement; Hammond is the name he was given when he was being experimented on. It’s not a name he cares for. Wrecking Ball is the name he chose himself, what he prefers to be called. This is canon.

How is that skillful if you play a hero that can’t be countered?

They can be countered, it’s just there are now heroes who counter the counters. Which, all in all, is the name of the game.

OWL did kneejerk nerf Sombra, getting her destroyed without her LOS changes going to the PTR. It’s rumoured that Mercy was also changed in preparation for OWL. And let’s be real; an OWL Pro, Danteh, went on a video and said “I’d like Sombra to be able to cancel Reload with Hack.” A week later, those changes were on the PTR, despite the same beg for QOL from Sombra players for 2 years. You can’t deny that there have been questionable balance decisinos as a result of the OWL.