Sym's new ult will be worthless

i wouldn’t call mercy’s rework bad. it’s balanced so worst than before but mercy is still being played.

i wouldn’t call mercy’s rework bad. it’s balanced so worst than before but mercy is still being played.

I’m not debating the rework as a whole. Just pointing out that worthless ults are a trend among reworks over here.

And as of now, Valkyrie is worthless. It’s the worst support ult there is.

How do you know that her ult will be worthless? Did u see her rework?

I mean… you can shoot at them while they do, tho. By the time they do get through the wall, they should be in no shape to hold a fight against the Roadhog or Reaper you ideally have waiting for them. Not to mention Sym herself.

And as of now, Valkyrie is worthless. It’s the worst support ult there is.

How do you know that her ult will be worthless? Did u see her rework?

Her Photon Barrier has moved to her ultimate and is now very different as well. Instead of placing a moving barrier, she places a static barrier wall that effectively is infinite in size and has 5000 health. She places this wall much like Mei places her Ice Wall, which means you can place it at some range and you can also change the orientation.

That’s what I’m referring to.

I mean… you can shoot at them while they do, tho. By the time they do get through the wall, they should be in no shape to hold a fight against the Roadhog or Reaper you ideally have waiting for them. Not to mention Sym herself.

So what incredibly long approaches are you thinking of where a team with decent mobility would have to move that long without any kind of cover? Even the approach to Anubis point B has some cover to move through so that the enemy wouldn’t be so vulnerable as to be in “bad shape” as you say.

So here’s a hypothetical. We have Anubis point B, and you set up in the center of mid behind Sym’s shield, which is, say, stretching across near the statues. The enemy has a long hall way to approach through. They set up an Orisa barrier or put up a Rein shield for a moment, then go moving to the left, around behind the building, up the steps and then just go left again, through the barrier, along the map border and just completely bypass your team.

What a game changing ult!

I am still voting for a hard light prison ult!! DO IT DEVS!!

And then they are all packed up neatly, ripe for a Bastion, Junkrat, or Reaper and of course, Symmetra, to mow down. They couldn’t poke, so your own Orisa and/or Reinhardt have full shield, so they need to break through that, too.

And that’s assuming they didn’t lose anyone on the way here. A Junkrat could easily lobe a few grenades on their path as they try to walk in, not to mention a sniper could picked one of their healers. That or a Tracer, Genji or Doomfist might have harassed their backline. 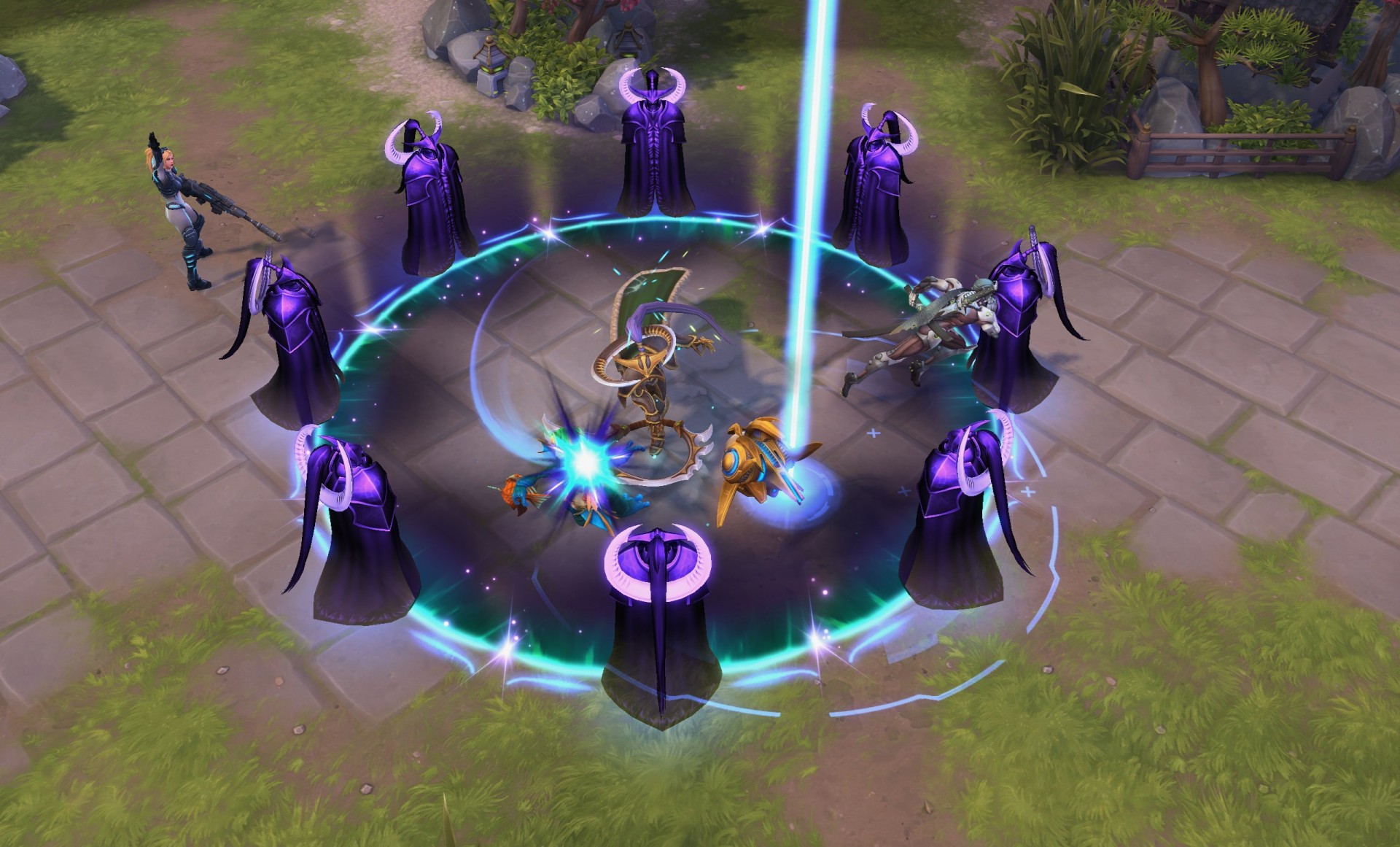 Wow, I don’t think it’s worthless and I think it’s unhackable (by Sombra)

Well, I did say worthless. It’ll have a couple of uses, but nothing that existing barriers (including Sym’s own) don’t already do on faster cooldowns with more flexbility.

I was thinking more along the lines of taking anyone in the prison out of play for x duration. So anything inside of it cant deal damage or be damaged (only allies can move in and out of it).

Otherwise it is just another Zarya ult.

Allowing allies to move into the area would basically make the ult usable offensively and defensively without trolling your team.

I am still voting for a hard light prison ult!! DO IT DEVS!!

There are SO MANY cooler ideas for her ult. There are some really cool ideas here /en/overwatch/t/brainstorming-ideas-for-syms-new-ultimate/105273/41

If they’re absolutely determined to give her a barrier for her ult, they could at least make it a bubble like the size of a capture point which would alleviate a lot of my concerns. However, a barrier as an ultimate is so boring. Hard light prisons, an arena of light that buffs your allies with super speed, a shifting tesseract that cloaks an area until you’re inside it, they all sound so much cooler.

I think it’s unhackable (by Sombra)

The way I see it is it will allow us to more easily block ults like Rocket Barrage, Tactical Visor, Whole Hog, Self Destruct, Deadeye etc

All these ults that we can try to block with the current Photon Barrier, we will be able to do so with plus more after this rework because it’ll be so big and have 5000 HP.
Also after placing it, the enemy team must be wary of using their other ults around it.

One idea I’m thinking for it is to use it to protect your team during a Grav Surge and then set up a Teleporter to get them out of it hopefully before a Dragon Strike wipes them but we’ll have to see how the cast time is on both Photon Barrier and new Teleporter.

Additionally if her ult cost remains at its super low 1000 then dang.
Imagine how frequently she can get this 5000 HP barrier and control the battlefield especially with her increased damage levels, she’ll be able to gain ult charge more easily and she could potentially have Photon Barrier every single fight.

I’m worried they’ll stick a lengthy cast time on Photon Barrier (Like, it expanding to cover the map) as well as keep Teleporter with the current cast time wind up of 2 seconds.

Everything about her needs to be faster and more active.
This new photon barrier is the epitome of an active ult, it may not technically be super exciting but it is! It has potential to block multiple, incoming ults and nullify 5000 HP. She could even use this from spawn and put a barrier up for her team while she walks back.

I don’t really like that idea because I feel like using this ult actively to block an incoming ult would be much better, or initiating an attack push with it and giving allies a 5000 HP barrier to dance in and out of would be better than just, placing it on the choke.

Anyways, I would have loved a hard light prison ultimate where she locks down a certain area or even just traps one enemy player and renders them totally useless and removed from the battle albeit they can’t take damage so it would just contain them for like 7 seconds and waste an ult for example.

That probably wouldn’t be very fun though lol

Never said that. But saying Symm’s ult will be unhackable is false, and i’m simply pointing that out.

have you played with her new ult yet?

so how can you call it useless?