New update to the archives today…

First Tom Powers did a bump on a constructive topic in the Bug Report forum which significantly breaks down a VERY detailed report of suspected bugs for Doomfist and how they affect his current kit, identifying which are bugs and which are not. While I don’t typically document Blizzard responses to bugs, if most of these bugs are being resolved, it could result in a dramatic shift of balance for Doomfist. So for now it is going to be in the hero balance section for the time being.

Now I also caught up on several non-critical developer responses on Reddit from Lead Engineer Bill Warnecke, first he confirms a video advertisting an “Overwatch Mobile” game is indeed fake and any information collecting from it is a SCAM. Because of this, I am starting a new emoji, the

icon, to denote such posts. The idea is to help spread the message that such content is a scam, but players MUST be careful to NOT go to the source content in order to protect their accounts.

On a lighter note, Bill Warnecke also had positive reactions to fan-created content in the last few weeks:

Guys you should really buff dommfist, he need buffs, #BuffDoomfist

You, uh, know Dinoflask does NOT do that, right?

Game Director Jeff Kaplan is popping in on the forums today, this first post is not likely to be placed into the directory as it has little context outside of announcing an upcoming patch hopefully next week.

We worked on a balance patch this week. We’re hoping to put that patch on the PTR next week. The last time I said that, it was late and everyone flipped out. So please, don’t flip out if things slip… they often do.

However he did gives a little trip back down memory lane of what he remembers it was like to first play Overwatch. This post will be sorted into the Development History section

I’ve been playing OW so long, I can remember when… 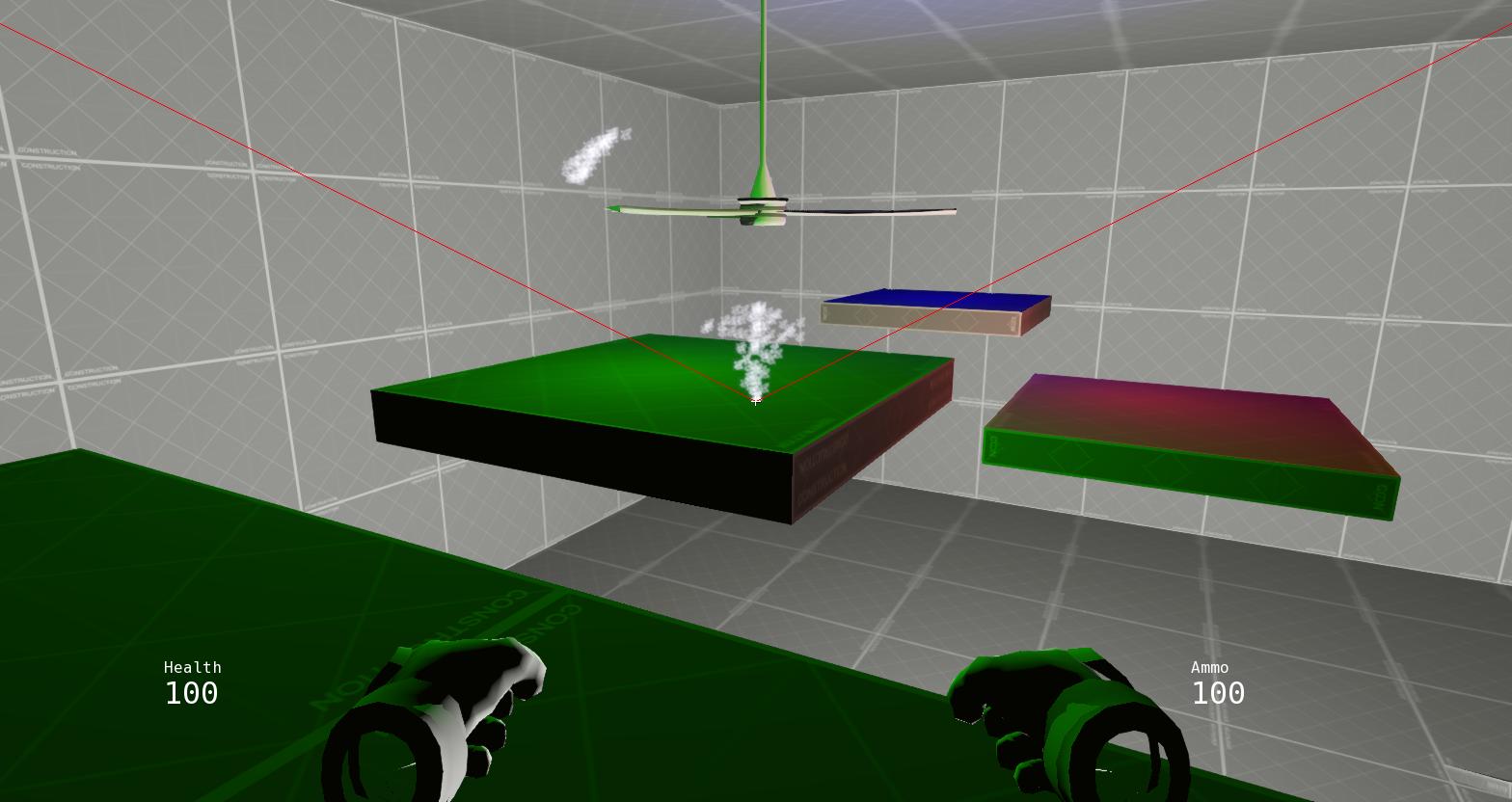 …Tracer used to shoot laser beams out of her eyeballs because we did not have a VFX system (or artist!) to render bullets yet.

The directory has been updated with the lore drops from the new Bastet story.

And also I really like reaper, but 50% is too much.

There were two key interviews in the Overwatch Creator’s Residency today with Game Director Jeff Kaplan.

On that note, I have moved all Interviews into a separate section in the Development & History section on the third post since most of those interviews have a huge variety of subjects discussed. If you want to discuss these interviews specifically, please see this topic:

The interviews with Jeff Kaplan have concluded. See the notes below for highlights. I will update links both streams with the starting time indexes once the streams are completed today (which won’t be for several hours still). These interviews will also be listed in my dev post directory later as well. Update: both streams have concluded with the VOD now available. I have time indexed these video players to start at the interviews. Topics discussed on Emongg’s stream: The balance changes w…

Minor new update discovered on Reddit earlier this week, apparently the feature of being able to transfer ownership of a custom game lobby will be introduced in the 1.33 patch (note we are currently live on patch 1.32 and the PTR is testing features for 1.32.1).

GASP! WYOMINGMYST GOT HIS GREEN TEXT!

I noticed this too. Wonder when that happened. Awesome that it did.

Keep up the good work, OP!

Hello everyone, getting caught up on new developer responses this week.

First off, during the patch launch yesterday Bill Warnecke explains the difficulties in having a smooth patch launch for all parts of the world.

Hey there, sorry for the login queue today. As of now we’re all clear, but we know the disruption when you’re ready to jump in and play is frustrating.

One challenge we encounter supporting a global game is finding a perfect patch time. At any given time some regions are busier than others. The reason we patch during Americas business hours is to make sure we have all the proper support staff here at Blizzard HQ to help if we encounter any issues. Unfortunately that means we land during a busier time for EU players.

Making the patch process smoother, and hopefully queue free for all regions, is a high priority for us. The problems we face on patch days can be complex, but I promise we’ll keep doing our best to fix the issues.

Today Geoff Goodman appeared in the Overwatch Creator’s Residency and discussed a lot of hero balance topics with IDDQD (former pro player of the San Francisco Shock) on Twitch.

In addition in a topic that discussed this stream, Goodman followed up with some key responses for channeled damage attacks and for how Reaper gets around with Shadow Step.

The armor change I am referring looks like it isn’t going to make this next patch, so it will probably the patch after.

Those particular changes won’t be massive, but right now all “channeled” effects (Zarya, Symmetra, Moira, Winston, etc) are reduced by a flat amount like any other source of damage, but the size of the damage packets is purely based on how fast they tick, even though the tuning of the weapons are done via a general DPS calculation. For example, Winston’s tesla cannon was initially tuned way back when to have a faster update rate because it felt a lot better to use that way. However, currently that also means he does a lot less damage to armor.

We’re getting some new tech which allows us to separate armor reduction amounts for these effects from their update rate. This doesn’t mean we’re going to just go through and buff all of these weapons necessarily but we are going to go through them all and make sure we’re happy with how much damage they are all doing to armored targets.

No this only affects how much armor reduces these weapons.

Hey everyone, sorry about the delays in updating the directory (as I have been dealing with some serious issues outside of Overwatch).

Jeff Kaplan revealed more details about why Fall Damage is not in the game (he has answered this previously on the old forums long ago).

How different would Overwatch be with... (Jeff replied)

We actually tried falling damage in early development of Overwatch. We ran into problems with characters like Widowmaker, Reaper and Pharah. With Widowmaker, it felt strange and unintuitive to be able to grapple to high places but not be able to jump down without taking damage. We found ourselves grappling back down to lower points, which was awkward. Pharah was really odd. If you didn’t feather your jets right before touching the ground you would splat. And with Reaper, we kept teleporting to high locations with no ability to get safely down.

For awhile, we kept exempting characters from fall damage. But pretty soon, it felt arbitrary who would take fall damage and who was immune so we removed the mechanic completely.

How cool would it be

I don’t think I can take him seriously right now.

Okay, so my friend and I were playing Comp, and we were losing like crazy. One, we were getting in with people who were nowhere near our skill level, and Lucio feels so bad to play. D.va also feels super squishy to the point where she’s being torn to shreds by people who shouldn’t even be able to kill her that quickly. Just pointing out those complaints, because this game has gotten so much worse, much like WoW.

i wanted a refund first day i purchased a license for overwatch.
Well, I didn’t get one so i’m stuck with it.
When i play quickmatch its me and a bunch of other newer players versus the most experienced. game lasts momentts we dont get stuff all exp.
And its the same humiliation every game with the same players.
Mr crossbow can fire 3 times whilst i receive 1 hit kill. video replay shows 3 shots fired. I want my money back because this is the only game thats ever done it.

Okay, so my friend and I were playing Comp, and we were losing like crazy. One, we were getting in with people who were nowhere near our skill level, and Lucio feels so bad to play. D.va also feels super squishy to the point where she’s being torn to shreds by people who shouldn’t even be able to kill her that quickly. Just pointing out those complaints, because this game has gotten so much worse, much like WoW.

i wanted a refund first day i purchased a license for overwatch.
Well, I didn’t get one so i’m stuck with it.
When i play quickmatch its me and a bunch of other newer players versus the most experienced. game lasts momentts we dont get stuff all exp.
And its the same humiliation every game with the same players.
Mr crossbow can fire 3 times whilst i receive 1 hit kill. video replay shows 3 shots fired. I want my money back because this is the only game thats ever done it.

Welcome to the forums, I guess?

If you really want to complain about something, please do so by creating a new thread, and not commenting on an existing one. You also need to ensure that you are being respectful to other people in your thread, otherwise, your posts may be deleted, your thread may be locked or deleted, and you may be silenced.

@Pidima, seeing as this is your first post on the Overwatch forums, you haven’t been silenced.
Being silence in-game and on the forums are two completely different things.

@Pidima, seeing as this is your first post on the Overwatch forums, you haven’t been silenced.
Being silence in-game and on the forums are two completely different things.

Actually officially, any account action in game should result in an automatic forum suspension. See this post here for details.

In line with our priority to minimize toxicity in Overwatch, players who are silenced or suspended in-game will not be able to post on the new forums. We will be reviewing and updating our current rules and guidelines so forum enforcement may seem stricter than before (for example, players will no longer be able to bump their posts or threads). Players who contribute to the forums in a constructive way will be granted additional features and permissions such as link previews, images, gifs, and embedded video posting.

I say “should” because I am under the distinct impression that this feature is not working as intended by Blizzard based on the number of people complaining about getting actioned here on the forums. (Of course, I have no way of knowing for sure, that is for Blizzard to handle.)

Oh ok, I don’t think that the function is working as intended.

Hey Wyoming, could you just fix this up? Thanks.

I wonder if it would be helpful to move the top post down by one, and use the top post as a currated Summary of recent dev activity. Such as forum quotes, YouTube/Twitch embedded links.