One hand gives, the other takes away: Post-beta updates for Mercy and Moira

we can’t wait to show you what we come up with next! 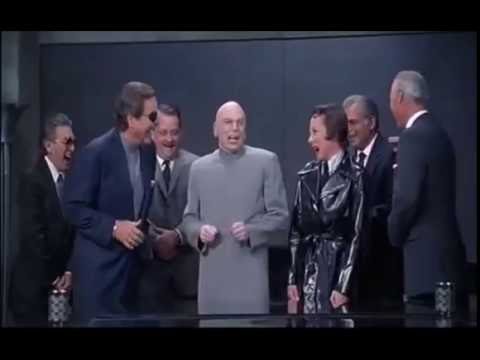 Given this is the second time they actually took a step back and reverted a controversial major change now, i actually kinda have hope for the future of balance

100% the balance team when that line was written LOL

aw man, this change made 500% modes bearable (aka no millions of damage orbs)

Someone doesnt play sigma or d.va.

Problem with it was it was straight firing which made it hard to utilize the splash dmg to affect multiple targets. If they simply made it an arcing projectile like ana nade I think it would have been way stronger.

Personally I would give Zenyatta the damage reduction with a CD instead of Discord’s damage amp (and bump up Zenyatta’s damage slightly) and give Moira a personal damage amp on her Necrotic orb with a lower CD (any target that is hit takes increased damage from Moira).

Zenyatta can no longer allow his team to melt enemies but has better survivability against flankers/dive tanks. Moira would be able to pump up her damage to average support levels or higher and engage more.

% from each ability can be adjusted.

Even more nerfed ‘beefy changes’ for Moira and Mercy.

I’m glad to see Moira reverted. I like the idea of the Enfeeble debuff, but I’d rather see it on a hero designed around having it rather than retrofitted onto Moira. Honestly, I’d rather see Moira remain weak in higher levels of play with no utility rather than risk reworking her into a style of play that would turn away her main players. I’m not saying it’s impossible to find a rework or form of utility to be added, but given the option, I simply think the new dynamics of a 5v5 environment is enough of a buff to her.

Maybe next we should try changing something about Mercy that isn’t her SJ?
Like maybe address the bigger issues in her kit?
Maybe change her power budget so that rez isn’t just a massive ball and chain tied to a 30-second cooldown, or valk being one of the most boring ults in the game or damage boost being un-interactive for the mercy player and the enemies?

The main issue with Mercy is that her kit does a whole lot of stuff while also doing a whole lot of nothing, it’s so incredibly dull at this point. The only person that feels good when Mercy uses her abilities is the person that she’s using them on. Something needs to change, a mini rework or a full kit rework/tweak just give her something else instead of making us play test another buggy super jump that glues people to the floor.

I think most of the people mad about Moira not getting necrotic are probably looking at her only from a rated perspective. A lot of people don’t play rated and only play QP + arcade modes where Moira isn’t considered that bad and is seen a lot more frequently already I’d guess.

Plenty of DPS and tanks aren’t meta picks either. People complained about Doomfist being bad for example for a long time while he was simultaneously a frequent obnoxiously strong and annoying pick in QP and several arcade modes.

They can’t balance the game exclusively around high-rated play or organized groups when 90% of the playerbase does not experience the game in that way. If a hero has a place in some modes and sees a lot of use there, I’m not sure it really matters if they don’t have a place in high-rated play.

Of course with support, it’s a more annoying issue I suppose if there are few meta-viable options in rated play since there aren’t very many of them to choose from in the first place. That will hopefully be solved over time with more heroes being added.

As a Mercy main, just take away mercy low skill infinite damage boost and give her shooty projectiles from her staff. This way you tune down her obnoxious synergy with pharah / junkrat / ashe etc and you can increase her agency and give her more personal impact for plays, and bad Mercys will actually be noticeable from good Mercy’s. No need to keep changing GA

With 30% is not that bad nor a play maker. It also has a 16 sec CD mate. Not a big whoop under any standard.

I’m predicting complete out of touch statements regarding symmetra, if not deafening radio silence lol

would love to see the dps role passive reverted aswell. feels incredibly underwelming to not even have a role passive that affects actual in game play for the dps, makes alot of heroes feel exactly the same as ow1.

Hey just a shower thought i had that might interest the devs:
Two discussion that ive seen lately (and could get behind) was how Necrotic orb was a fun idea but would work better with a hero actually built around it AND the fact Moira is our only “evil” healer right now.

So if they were to ever get around exploring this idea again, why not perhaps make it an apprentice of Moira that decided to toy with a failed experiments of hers and iritate it further to make herself some tech around it? Just thought it could be fun lol.

Thank you for reverting Moira. Yay

I was curious as to what the next version of Moira would be, but I guess changing her is too much work with too much risk of failing with too little time remaining - it’s not as though Oct 4th is far away at this point. Oh well. I still had a lot of fun with standard Moira in OW2 anyway so I’m not bothered about a revert.

Also maybe put an end to wasting time changing Mercy’s abilities that doesnt need to be changed cuz people cant be bothered to just look up a 2 minute superjump tutorial, it literally shouldn’t be such a massive time sink taking away development time from important things holy cow

Glad to see the revert for Moira. But please let the GA SJ thing rest and concentrate on her main problems in 5v5 yes? You dont need to change something that was not really ever an issue.